Although gains are being made in the number of female doctors, there are still inherent and unique challenges females still face in the profession

In 1966, women only accounted for 7 percent of graduating medical students. In 2018, more females than males were admitted to medical school both here at the University of Nevada, Reno School of Medicine and nationwide.

Despite this changing demographic, support for women in medicine and expectations for domestic labor have not kept pace with the rate of growth. Women in medicine, even those who are in dual-physician households, carry a heavier burden of domestic duties, working on average nine more hours per week on domestic activities than their male counterparts.

Female physicians with children are also more likely to cut back professionally to manage domestic duties and take time off when children are sick than male physicians. This work-family conflict, which is more significant for female doctors than males, is thought to account for higher rates of depression in new doctors entering residency (Guille et al., 2017).

Women in medicine also face additional hardships outside the home, including gender bias. It is not uncommon for female doctors to be referred to as the nurse or medical assistant. Despite some recent studies showing that female physicians have better patient outcomes than their male counterparts (Tsugawa et al., 2017), doctors are less likely to refer patients to a female surgeon after a bad patient outcome whereas referrals to male physicians are unaffected by poor patient outcomes (Sarsons, 2017).

Furthermore, after a bad experience referring to one female physician, doctors are less likely to refer to any female surgeons in the same specialty whereas this spillover effect does not occur with male physicians.

And, gender disparities exist in academic medicine as well, with female attending physicians receiving significantly lower clerkship teaching evaluations across four core clinical rotations than male counterparts (Morgan et. al., 2016). Female speakers presenting patient cases during Grand Rounds are less likely to be introduced as "doctor" than are male speakers (Files et al., 2017). Women in academic medicine are also not on parity with men at the levels of associate or full professor, and especially in leadership positions (Reed, et al., 2011).

Faculty can help to combat these disparities by examining their own implicit biases and treating male and female learners with equity. When working with or evaluating a student, they can ask themselves whether the trainee's gender may be impacting the assessment.

Everyone has implicit attitudes. To better understand yours, we encourage you to explore implicit bias training on campus and take a confidential Project Implicit test at no charge.

Being a Doctor is Hard, It's Harder for Women 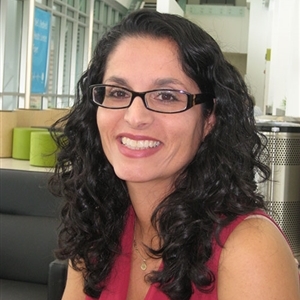