Measles on the rise: What you need to know

With an increase in measles cases nationally, here is information that you need to know

May 02, 2019
By: Shane Marsili
Medical Student, University of Nevada, Reno School of Medicine

Measles is on the rise in the United States and worldwide, with the Centers for Disease Control and Prevention reporting more than 620 cases in 22 states since Jan. 1- the nation's second-highest total since measles was declared eliminated in 2000.

To learn more about the measles virus and how to be protected, third-year University of Nevada, Reno School of Medicine student Shane Marsili explained measles symptoms, dangers and what to do if you are exposed or symptomatic.

Measles is an infection caused by the rubeola virus. It most often affects children and is very easily transmitted. There are 21strains of the measles virus.

What are the symptoms?

Measles classically causes a rash that often begins by the ears and spreads down the rest of the body. It appears as splotchy-red spots that eventually coalesce, or come together in a mass. It also causes fever, runny nose and conjunctivitis (also known as pink eye). Other symptoms include cough, sensitivity to light, sneezing and small gray/white spots surrounded by a red ring in the mouth, aka Koplik's spots.

How is measles contracted?

The measles virus is spread from person to person through physical contact with an infected person or contact with saliva from sneezing. Unlike other viruses that are too large to be suspended in the air and require direct contact for infection, measles can persist in a room for up to two hours after an infected person coughs or sneezes.

If you show symptoms of measles, what should you do?

Call your doctor as soon as possible, wear a facemask and avoid contact with other people, especially children and pregnant women. Your doctor may advise you to go to the ER.

How can you prevent contracting the measles?

The most effective way to prevent contracting measles is the MMR vaccine. Following the recommended CDC immunization schedule is the best way to avoid infection with the measles virus. Two doses of the MMR vaccine provide 97% effectiveness against measles. Appropriate hand hygiene can also reduce transmission risk. If you do become infected, be sure to cover your mouth when coughing or sneezing and avoid work and/or school for four days following the appearance of the rash.

Do adults require a measles booster?

Currently, the CDC does not recommend routine measles boosters for adults. However, certain individuals may benefit from a booster shot on a case-by-case basis. Individuals born before 1967 (the date the modern two-dose MMR vaccine was introduced) or those who only received one dose may wish to have their immunity levels to measles measured by their doctor. It is often assumed everyone born before this date was infected with the measles virus. If you are unsure, a booster shot could provide added protection.

What else do we need to know about measles and the MMR vaccine?

Measles, once inside the body, can lie dormant for many years. A very rare complication of measles infection is subacute sclerosing panencephalitis (SSPE), a progressive loss of neurological function over one to three years, eventually resulting in death. This disease is caused by reemergence of the measles virus, most often during the teenage years. The incidence of SSPE declined by over 90% with widespread vaccination, but may begin to rise again as vaccination rates have fallen.

Measles infections have been increasing in the United States in recent years. This has been tied to lower vaccination rates. The most effective way to prevent measles infection and reduce the spread of measles is through administration of the MMR vaccine. 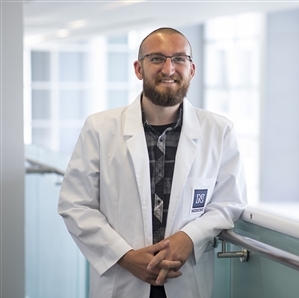