Reno and Boise Basques share their roots with 'Tree of Gernika'

The University of Nevada, Reno is about to put down some Basque roots. A special oak tree will grow on campus, a symbolic gift that is shared between Boise and Reno Basques. The oak tree carries deep meaning for all Basques, from the Basque Country to the United States, and beyond.

The new tree planted at our university is a second-generation sapling from a tree that once stood in the town of Gernika, a village that was nearly obliterated by Francisco Franco and Adolf Hitler when they orchestrated the horrific bombing of Basque civilians during market day April 26, 1937. The town was reduced to rubble and ash from the air-dropped bombs, incendiary bombs, and machine-gunning that ensued. A single oak tree in front of a portion of the assembly house miraculously survived the bombing that leveled Gernika.

The Gernikako Arbola, or Tree of Gernika, has held great significance for Basques for centuries, even prior to the bombing of Gernika. For centuries, the town of Gernika was the provincial meeting place where Basques would meet to solve civic problems and conduct state business through the democratic tradition of independent self-government. In 1853, Basque bertxolari and composer Jose Mari Iparragirre sang "Gernikako Arbola" for the first time, which became the Basque national anthem. The first Juntas Generales (General Assemblies) of Bizkaia continued until 1876, which were always held around the Tree of Gernika. This location continued to be a central gathering place for Basques, and the oak tree has always been considered a sacred symbol of Basque sovereignty and freedom.

Thirty-one years ago, Boise received a gift: a first-generation sapling from the Gernika tree. On March 16, 1988, Basque Lehendakari (President) José Antonio Ardanza Garro presented this sapling on his first visit to the United States, and Boiseans planted it that very same day at the Basque Museum & Cultural Center. That tree now stands proudly in front of the Museum's historic boarding house on Boise's Basque Block. Boise's Tree of Gernika is producing daughter saplings, and these offshoots carry the same significance as the Basque Country oak.

The Basque Museum and Boise State University's Basque Global Collaborative have in turn, gifted this second-generation sapling to the University of Nevada, Reno's Center for Basque Studies as a symbol of shared roots, and the collaborative efforts that continue to bind Reno and Boise closely to one another. 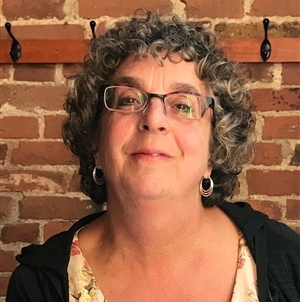