The G.I. Bill has a long history, with application to our campus' needs today

As of 2019, the University Of Nevada, Reno has over 600 student veterans and family members using the Department of Veteran Affairs (VA) education benefits on campus annually.  These benefits are commonly called the G.I. Bill® and this year the G.I. Bill® is celebrating 75 years of helping veterans obtain an education.  It’s worth noting that many students would not attend the University Of Nevada, Reno without the financial support provided by the G.I. Bill®.  Having access to this entitlement changed my life forever.  However, to commemorate this anniversary and for me to pay my respects, let’s talk about its history.

The Servicemen's Readjustment Act of 1944 provided many benefits to WWII veterans, and these included low-cost mortgages, unemployment compensation, low-interest loans for business pursuits, and payments of tuition and living expenses to attend college or vocational school.  However, one cannot look at the good without the bad.  In historian Ira Katznelson’s book, When Affirmative Action was White: an untold history of racial inequality in twentieth-century America, Katznelson argues that black veterans were deliberately left out causing such disparities as uninsured mortgages.  While structural oppressions still exist today, we have fortunately come a long way since the early 20th century.

The VA’s website explains since 1944 that the VA has paid about $400 Billion in education benefits to 25 million beneficiaries. The economic and human capital contributions of these benefits have been cited in many studies, but the advantages don’t end there. This entitlement has undoubtedly made it possible for many veterans to achieve their academic dreams.  Every story is different; take mine for example.  I came from a small mountain community, and neither of my parents attended college.  Although I had good grades throughout high school, the possibility of attending college was beyond my reach.  After my parents’ divorce, I sought refuge anywhere I could find it. I found a home in the U.S. Navy. After two deployments, the military fatigue was too great, and I decided not to reenlist.

When I returned to the civilian job market, many of my fellow residents had two or more years work experience and some even had a degree.  The competition for employment was rigorous and frightening. I soon learned that many livable-wage jobs required a significant amount of education.  Then comes the G.I. Bill® that swoops in like an archangel to lessen the burden of necessary education.

In a sense, the G.I. Bill® provides a new way for veterans to continue to serve and integrate back into society. One needs only look at the campus club climate to see evidence of this.  UNR is host to two veteran clubs, Wolf Pack Veterans and the national co-ed fraternity Omega Delta Sigma (ODS).  These diverse clubs contain more than just veterans.  Nevada Guard members, ROTC, active duty, dependents, and reservists also fill the ranks of these clubs.  Many of these students use different “chapters” or programs; both have provided me with a unique perspective on the traditional college lifestyle.  On campus, I work in the Veterans and Military Center (VMC) in the Pennington Student Achievement Building, helping students with campus resources.  The VMC is staffed by student veterans and family members; VMC provides a designated space to study, meet with social groups, implement programs, place to call our own and connect under a shared experience. And of course, there is always free coffee available!

After leaving the service, I was not sure I could navigate the civilian world properly, or if an old “grey beard” like myself could even be connected with fellow younger classmates.  The G.I. Bill® proved me wrong, and I was overjoyed.

Finally, there are unintended benefits with more veterans attending college.  As Pew research mentions, the active-duty force still remains male-dominated, but women have increased their share of the ranks.  This also follows the country's changing demographics.  Pew documents that in 2015 12% of all active-duty personnel were Hispanics, three times the percentage in 1980. As our military forces become more diverse, so too do the users of VA education benefit.  After 75 years, the G.I. Bill® is still contributing to society.

(Editor’s note: Kenny Fritz is graduating December 2020 with a Bachelor’s in General Studies.  Kenny is a veteran of the U.S. Navy and has worked in the Veteran Services office while on campus.  After graduation, Kenny would like to attend graduate school for a Master’s in Political Science.  Ultimately, he would like to work for the U.S. State Department.) 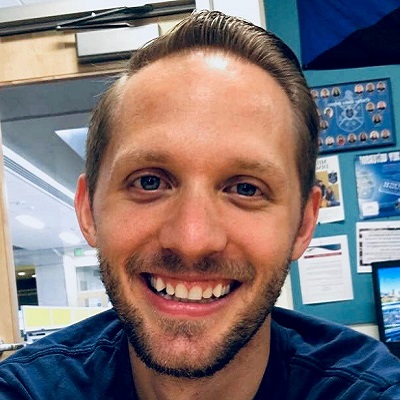