E-cigarettes and vaping: A troublesome epidemic

Although youth who use e-cigarettes may believe differently, there is cause for concern about regular use of these products

Electronic cigarettes in various forms have become the most commonly used tobacco product among youth, with an estimated 3.2 million adolescents vaping and an estimated additional 10 million teens at risk to start using e-cigarettes. In 2018, over 20 percent of high school students and 5 percent of middle school students reported having used e-cigarettes in the last 30 days - almost 80 percent more than the year before.

E-cigarettes are battery-operated devices that heat a liquid (e-juice) to an inhalable aerosol. Inhalation of this flavored vapor - which typically contains nicotine and other chemicals like anti-freeze and carcinogens like nitrosamines - is called "vaping."

Parents be aware: These so-called electronic nicotine delivery systems can come in different forms, resembling not only traditional tobacco products like cigarettes, cigars, or pipes, but also looking like common gadgets, such as flashlights, flash drives or pens.

Regardless of how the vaporized nicotine is delivered, vaping is addictive and quickly becoming a public health concern. Not surprisingly, the Food and Drug Administration recently launched "The Real Cost," a public service campaign targeting youth e-cigarette use. In addition, FDA Commissioner Dr. Scott Gottlieb has indicated that if e-cigarettes companies do not stop marketing to youth, the companies face "an existential threat;" namely, that he
may take them off the market.

E-cigarette nicotine levels are highly variable, but generally lower than cigarettes and cigars. In addition, e-cigarettes contain fewer toxins than "combustible" cigarettes, but they are certainly not free of toxic chemicals. The challenge is that there is enormous variability among vaping products - different ingredients, different hardware and different amounts of nicotine and potentially toxic chemicals. Together, it's difficult to make an overall public health recommendation on its use.

Nevertheless, there is no confusion about the potentially harmful effects of the toxic chemicals used in e-cigarettes to the adolescent brain, which continues its development until age 25. In addition, mounting evidence documents that e-cigarette use is serving as an introductory product for teens to graduate to "regular" tobacco products, with its known increased risk for various diseases and premature death.

The American Academy of Pediatrics has presented several recommendations around this topic, including increasing the minimum age to purchase tobacco products, including e-cigarettes, to age 21 nationwide.

A common misconception among teenagers is their belief that flavored e-cigarettes are less harmful than non-flavored tobacco products. This assertion is supported by studies that have determined that teenagers using e-cigarettes believe they have consumed flavoring, not nicotine. Moreover, they are attracted to spectrum of flavor choices, like mint, mango, creme brulee, cucumber and fruit medley. A benefit of this flavoring strategy is the ability of a user to switch to another flavor (with the same amount of nicotine) when tired with the previous flavor.

If the use of e-cigarettes continues to grow in popularity among youth, we will soon be back at square one in terms of protecting future generations from the serious ills associated with nicotine.

Parents and teachers can alert, teach, communicate and talk to youth about the serious risks associated with tobacco use in any form. These are important conversations; loving your children is caring for their current and future health and well-being. 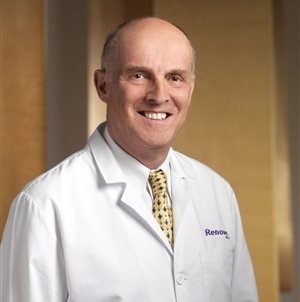