Last week, my wife and I attended a planetarium show at a neighboring academic institution. A student at the program commented he thought the Apollo missions to the Moon were a "massive waste of money."

Having worked on nonprofit STEM programs for students with Dr. Richards Simmonds (former veterinarian for NASA during the Apollo program and emeritus professor at the University), I had heard very different perspectives. Simmonds often shares how two things have driven technolo-gy development more than anything else in history: Warfare and space exploration. I would much rather see space as our preferred tech driver.

British astronomer Brian Cox has pointed out for every dollar spent on space exploration, there has been at least a $7 to $40 return. It's hard not to argue we should be investing a lot more on such a profitable venture. But that's only considering the tremendously positive financial impact space exploration has.

Here are 10 (or 11) more ways the Apollo missions - and space exploration in general - have benefited humanity.

10) Spinoffs: Consider how hand-held power tools were deployed and popularized by NASA. Granted this is not as serious a contribution as others on this list, but how many of us haven't used some form of NASA spin-off technology, whether it's in the form of an improved tool, memory metal in our glasses or memory foam in our shoes or beds?

9) Fire Protection: Materials and equipment for fighting fires and in hazardous industrial applications were developed for spacecraft and spacesuits.

8) Nutritional Advances: Developing meals for use in space helped scientists create healthy baby formulas, thermo-stabilized and freeze-dried foods - and protocols that have made food handling safer for everyone.

7) Medical Advances: Biosensors for monitoring vitals were developed for NASA astronauts. Also, physicians now can communicate with pacemakers, deploy pumps in the heart that were designed for spacecraft, scan breast tissue for cancer without having to perform incisions and even navigate cameras throughout the body - all based on NASA research.

6) Technology: Miniature circuits were developed for the Apollo navigational guidance computer, but they now are used in almost all forms of daily technology, from cell phones computers to military defense systems. It's not unreasonable to say our democracy and numerous survival systems like air traffic control and emergency dispatching, as well as GPS navigation, depend on electronics that derive from MIT's efforts to micro-miniaturize for the Moon.

5) Science: Going to the Moon helped us understand better how the Earth/Moon system formed, and it has helped us fathom our place in the universe. Astronaut Michael Collins observed, "Just as the Rosetta Stone revealed the language of ancient Egypt, so may these [Moon] rocks unlock the mystery of the origin of the Moon and indeed, even of our Earth and solar system."

4) Environmental Consciousness: Leaving the Earth and seeing the whole planet from deep space has prompted a strong movement to care for our own small, fragile planet.

3) Unity: From a philosophical standpoint, the Moon landing brought people around the world together as one. It was not just one person setting foot on the Moon, it was all of us. How many accomplishments can unite the entire human race?

2) Inspiration: Going to the Moon has proven almost nothing is impossible if we work together to accomplish it, and it has inspired the human race to reach for the stars and build a future where we can explore the universe in peace.

1) Future Possibilities: Going to "camp" on the Moon was a great, if pioneering, first step. But the potential for extended exploration and resource development is amazing. We could build radio telescopes and interferometers on the Moon's far side away from Earth's interference, which could help us discover the atmospheric composition and life-supporting properties of exoplanets (around other stars). We could build solar panel farms to beam clean energy back to Earth. And we could harvest lunar ice as fuel to power spacecraft deeper into our solar system and beyond. The sky is not the limit!

The Greatest Good?
These are just some benefits derived from Apollo. It began with an effort by President John F. Kennedy to prove that freedom, free enterprise and self-government was better than Big Broth-er, communism and totalitarian rule. That these values could triumph in the face of significant military threats. True, there were billions spent to win the Space Race (a proxy for the Cold War), but it spared the huge human cost of a "hot" war with nuclear weapons. And we gained massive leaps in technology.

Did we spend too much on Apollo? Kennedy pointed out Americans spent more on cigarettes and cigars per year than what was being requested for Apollo. Neil deGrasse Tyson cites how Americans spend more on pet toys per year than on NASA. And journalist Charles Fishman in "One Giant Leap" documents we as a nation spent more on the Vietnam War every year of that conflict than we spent on the entirety of the Apollo project.

Ultimately, I think the funds we invested in developing Apollo-era space travel may prove essen-tial in preserving the human race itself.

Whether it involves a Near-Earth Astroid or the future expansion of our sun, humans will even-tually have to move on to other worlds. Our future descendants may very well thank us that we had the wisdom and foresight to take these first small steps into a larger world. 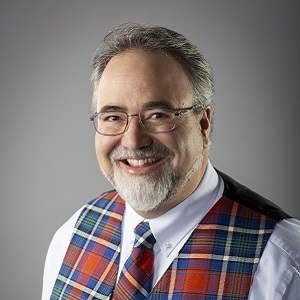