Shakespeare has been dead for over 400 years and we are still producing his plays. There's a pretty simple reason for that: His plays continue to be relevant. While his poetic use of language may sometimes feel alienating, the core themes of his works continue to stand the test of time. Even though the actors in Shakespeare's time were mainly men, the themes of gender identity, gender expression, and sexual identity are all present in Twelfth Night.

The play follows Viola after she is saved from a shipwreck and brought to a new land. In order to survive in this new country, Viola takes on the masculine identity of Cesario. This gender fluidity leads to a number of comical antics, but at the root of this story is the need to be seen for who you are. For this production, we have set the play on the Playa in Black Rock Desert because the culture of this space promotes radical self-expression and free acceptance of all people. In a desert utopia, our characters are free to be exactly who they need to be in order to feel unique.

We are hitting a period in society where, if we don't agree, we fight or cut off from one another. We're forgetting to listen to each other and it's creating barriers between us that prevent us from being able to express ourselves fully. We are losing compassion and it's making it more and more difficult for marginalized groups to speak up and be heard. We are bleaching and silencing diversity. I think the Department of Theatre & Dance's production of Twelfth Night can change that.

As a queer teaching artist in theatre, it is my duty to help my students discover their voice and find their power in its use. By engaging in thoughtful dialogue about gender identity and expression, we are able to think critically about the LGBTQ community and their representation on stage. Just by holding the space for the oppressed to be heard, we are tipping the scales in our cultural dialogue. Of course, it's not enough to just talk about it; we have to be about it.

The concepts surrounding LGBTQ identity and performance are complex and flexible. It isn't enough to simply "play gay" or "play gender." In fact, unthoughtful appropriation of LGBTQ identity can be just as bad as performing blackface. In order to avoid this pitfall, we have worked to incorporate empirically supported methods of gender performance that have been implemented by the Department of Speech Pathology and Audiology in their Transgender Clinic. This clinic focuses on teaching transgender women how to communicate verbally and non-verbally as their ideal gender identity. By incorporating these practices into our approach playing Shakespeare's characters on stage and offering the clinicians some of our own approaches for gender in communication, we are engaging with a new layer of depth in performance and helping to advance the understanding of gender transition in the medical world. We are acknowledging the complexity of LGBTQ identity and rooting our performance in the science of gender identity and expression.

The work of a theatre artist is often overshadowed by the accomplishments of STEM fields, but our work is just as complex. An actor has to study the psychology of their character as well as the sociology shaping their background. An actor has to study the medically supported concepts of gender perception and physiology in order to present a believable character transformation. An actor has to take the science of vocal production and embody it on stage in order to breathe life into old text and transcend the space between actor and audience. Our work is an amalgamation of STEM and the Arts. We are the STEAM that can fuel cultural progress.

--   Twelfth Night runs March 2, 3, 7-10 at 7:30 p.m. and March 4 at 1:30 p.m. in the Church Fine Arts Redfield Studio Theatre. Pick up your tickets from the Lawlor Events Center today. For more information, visit our department website at unr.edu/theatre. 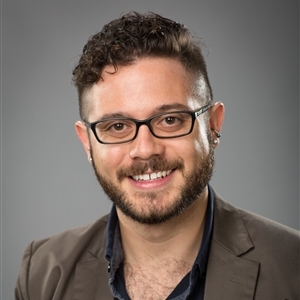