The Sagebrush celebrates 125 years, and looks to the future

October 09, 2018
By: Madeline Purdue
Editor in Chief, The Nevada Sagebrush

As The Nevada Sagebrush prepares to celebrate its 125th anniversary on Oct. 19, the current and past staffs have reflected on their time at the newspaper, how it helped them in their career and what the legacy of the Sagebrush is.

I have a different relationship with the newspaper than most of the staff, as my mom was on staff during her time at the university and one of my dad's great friends from his time here, Guy Clifton, is one of the best known past editors and now a famous Nevada historian. Since deciding to continue on the family legacy of attending UNR, I have felt that I was destined to lead this famous organization that holds a very special place in my heart.

Every editor for the past 125 years has a story describing the time or times they received pushback for what was published about the university, and I am no exception. However, most of us Sagebrushers are of the opinion that if you're not receiving pushback, you're not doing your job.

The Sagebrush is a staple at the university, and is important to students for more reasons than one. Yes, we thrive off of putting out an investigative story and giving the university community essential information on the things happening around them, but we have also been the training ground for future journalists and often have helped skyrocket their career. What better place is there to practice journalism than a student newspaper?

We have been awarded for our coverage more times than any human should count. In recent history, the Sagebrush has been honored with the Pacemaker Award - one of the highest honors a student newspaper can receive - from the Associated Collegiate Press seven times.

Sagebrushers take what they've learned here and carry this award-winning spirit out into the real world after graduating. Among other levels of achievement, five Sagebrush alumni have been awarded the Pulitzer Prize. Not too shabby.

Obviously, student journalism is important and beneficial not only to university communities, but also to the student reporters as well. However, times are changing, and newspapers don't hold the same value as they once did, which is reflected onto student newspapers across the country. Some newspapers face funding issues, censorship or being shut down from their university due to what they write.

These issues faced by all student newsrooms across the country spurred the national movement #SaveStudentNewsrooms, which brought light to these issues and raised money for student publications. The Sagebrush was happy and eager to get involved in the national conversation because we don't face the same censorship issues since we are an independent newspaper. However, no one is immune to funding issues, even an award-winning, legacy
institution such as us.

We are celebrating 125 years of incredible, groundbreaking student journalism, and we plan on celebrating at least 125 more. The importance of student journalism cannot be understated, and needs to continue to be the watchdogs of the university they cover. In honor of our 125th year, we are asking all of you to consider donating to or advertising with the Nevada Sagebrush so we can continue our award-winning, rebel-spirit legacy. The link to the donation and advertising pages can be found on our website at nevadasagebrush.com.

I am honored to be the editor of this newspaper at such a crucial time in journalism's history, and I hope you all celebrate with us as we enter our 125th year. 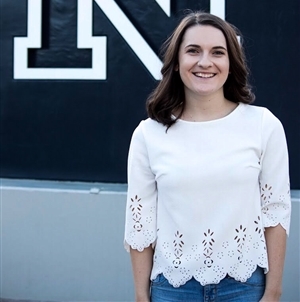 By: Madeline Purdue
Editor in Chief, The Nevada Sagebrush