It's a mild October night, and Nevada had just beaten its opponent. Immediately after the game, the phone rings. 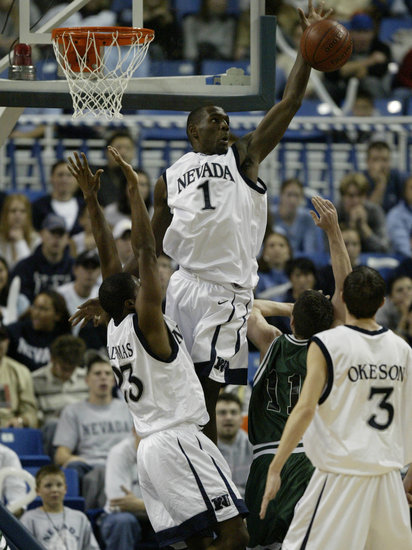 Nevada men's basketball player Kirk Snyder blocks a shot during the game against the Vermont Catamounts in 2003. Snyder was a guard for the Wolf Pack for the 2002 through 2004 seasons.

Have to be honest. I knew they would be pretty good. Used to go to practice and watch Caroline just destroy everyone the year before. The year he sat out, EVERYONE paid in practice. He was a man amongst boys. Stephens' jump shot has an artistic quality: his stroke has a purpose. I had watched the twins when they were in the ACC and marveled at their athleticism. Caleb (or was it Cody? It's very difficult to tell them apart!) said they played heavier for the other Pack (around 230 pounds). They had committed to getting in the best shape of their lives and were lighter (around 215 pounds) and leaner. Hall is usually in the right spot at the right time. He had worked on his mid-range game and it showed. Cooke is a fellow east coast guy and all that he's gone through physically and personally, speaks to his toughness. My guy! Lastly, even though he's hurt, you gotta include Lindsey Drew. They're not in this position without him. 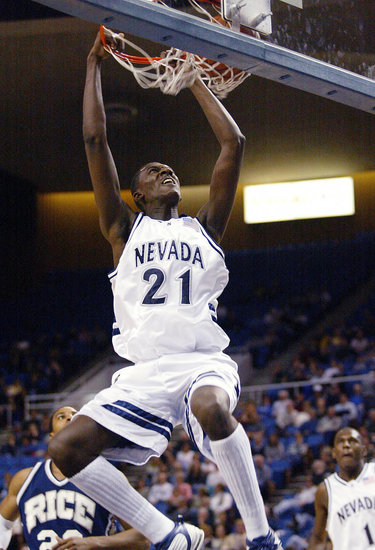 Nevada men's basketball player Kevinn Pinkney dunks the ball during a game against Rice University. Pinkney was a forward for the Wolf Pack for the 2002 through 2005 seasons.

There are similarities. Cory Jackson was the guy who singlehandedly got Nevada into the post season. Without question, the single most important recruit for this program. Undersized and hard-nosed, like Caroline, Jackson led the nation in rebounding. They both don't care who's in front of them. If you as tall or taller, they're coming at you. Todd Okeson...don't let the smooth face fool you! The look on that face, much like the look on Drew's face, was stoic. Didn't know if they were winning or losing. But underneath beat the heart of a lion.

The twins and Cooke do things that remind me of Jermaine "Juco" Washington, Garry Hill-Thomas and Kyle Shiloh. But the twins and Stephens are also unique like Nick Fazekas and Kevinn "CQ" Pinkney. Caleb has echoes of Kirk Snyder, a dynamic scorer who could seemingly get buckets from anywhere on the court.

This past Sunday, was watching the game with some friends and when the deficit hit 20, many got into private conversations. The mother of one friend said, "I'm leaving."

She agreed to stay and the tide turned. Now EVERYONE was glued to the TV!

When the final horn sounded, the house erupted. And my phone rang.

"Mitch, need you to pay up and I don't take credit cards," he said.

I will never doubt Trent Johnson ever again! 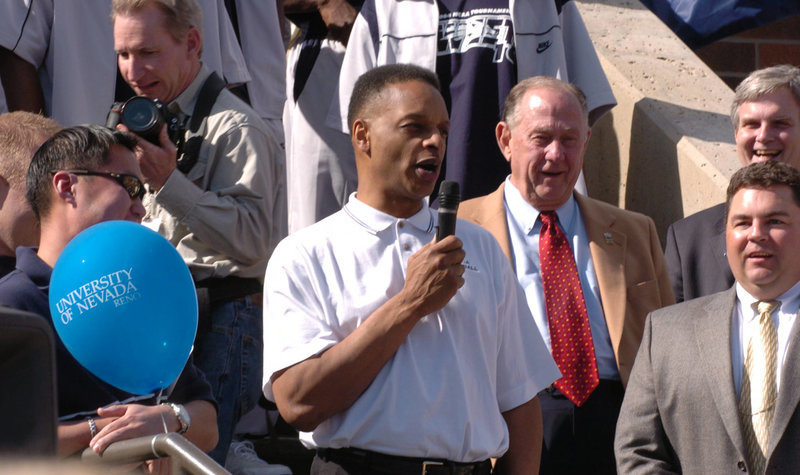 Nevada men's basketball head coach Trent Johnson addressing Wolf Pack fans during the send-off to the 2004 NCAA Sweet 16. Nevada ended up falling to the #3 Georgia Tech Yellow Jackets 72 to 67. Georgia Tech ended up making it to the championship game. In the first two rounds of the tournament, the #10 Wolf Pack defeated the #7 Michigan State Spartans and the #2 Gonzaga University Bulldogs. Johnson coached the Wolf Pack for the 2000 through 2004 seasons. Over his five seasons at Nevada, Johnson led the Wolf Pack to the 79 wins, to the 2003 National Invitation Tournament, and to the 2004 NCAA Tournament. In 2004, Nevada won both the WAC regular season and the tournament championships. Johnson was inducted into the Nevada Athletics Hall of Fame in 2013 and the 2003-04 team was inducted in 2016. 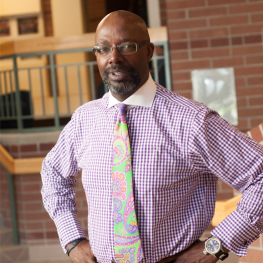