Jordan White, a University of Nevada, Reno, student, stands at the front of the classroom as he inserts his nose as far as he can into a translucent plastic cup and slowly inhales the aromas of an ounce of wine. It's a red wine, but its identity remains mysterious. He looks at three bottles with their brand labels covered over by plain white wrapping papers with scribbled tags: Wine A, Wine B, Wine C. I've challenged Jordan and the two dozen other students in my Food Writing and Photography class to describe these vintages with precise language-and without knowing anything about them other than that they all come from Rioja. We're only a two-hour drive from that famed wine region. I'm teaching a summer course in the culinary mecca of San Sebastián, Spain, famed for its Basque heritage, exceptionally creative pintxos bars, and an envious number of Michelin-starred restaurants. The course is offered through the University Studies Abroad Consortium (USAC), which is based on the University campus. A half-dozen of my students belong to the Wolf Pack. The rest come from around the U.S., representing UNLV, Cal State Chico, the University of Idaho, Texas A&M, the University of South Carolina, the University of Miami, and the University of Massachusetts, Amherst.

The students take turns sipping and spitting out wine as if they were professional critics. (Even though the legal drinking age in Spain is 18, they're not allowed to consume alcohol at USAC classes or events, but we've received a special dispensation for this exercise. Did I mention they're spitting it out?) They cleanse their palates on chunks of fresh baguettes. They write out their tasting notes while looking over copies of the wine "flavor wheel" developed at the agricultural school at U.C. Davis, which sets forth the spectrum of dozens of possible flavors.

Almost everyone dislikes Wine C. It tastes "cheap" and "one-dimensional" with a "chalky aftertaste" that reminds them of "communion wine." Many students comment more favorably about Wine A, discerning "black cherry" and "oak" but complaining of too much "astringency." Their overwhelming favorite is Wine B, which they applaud for being "soft" and "longer lasting" with "flowery" aromas and flavors of "pomegranate" and "blackberry."

I pull off the white paper wrappings for my dramatic "reveal" of the wines' identities. It turns out that the one my students liked the most was the lowliest and cheapest: a 2017 vintage made from grapes of the most recent harvest and then bottled and sold without aging in oak barrels. I bought the bottle for only three and a half Euros (around four dollars). They rated it above a prestigious 2009 Gran Reserva, a top-of-the-line offering that might have sold for around $50 or $60 when imported to America. And they hated the mid-range 2015 vintage, which they could have found being poured at many popular pintxos bars in San Sebastián.

Does this sound like too much fun for a three-credit undergraduate course? Before the summer began, the resident director of USAC's San Sebastián program, Patricia O'Connor, asked me to reassure her that my class would be "academically rigorous." (The students receive University course credit, which they can transfer to their own institutions). And as I promised, it wasn't just about tasting wines-or olive oils, or artisanal chocolates, or Basque farmstead sheep-milk cheeses, or spicy chorizos, or duck liver patés, or even the justly renown Jamón Ibérico Bellota, the long-aged hams made from a special breed of black pigs set loose to eat acorns in forests. To be sure, we tasted all of these local specialties in the classroom and more-the students especially liked the weirdness of the crunchy Basque fried cod skins I brought one day. But they also read and discussed the works of some of the best contemporary food writers-Gabrielle Hamilton, Anthony Bourdain, Calvin Trillin, Adam Gopnik-as preparation for their own challenging writing assignments. Many of the students were taking Spanish or Basque language courses that summer, and they tested those burgeoning skills as they ventured around the city and interviewed cooks and gourmand food merchants and even the fishermen along the riverfront. And they went beyond describing tastes and textures to write about culinary practices as a way of understanding the mindset, culture, and history of the Basque people.

O'Connor, who was wonderful to work with, arranged field trips to the Basque Culinary Center, one of Europe's top cooking schools; to a 16th-century restored Basque farmhouse built around a massive cider press; and to a txoko (or "gastrononomic society"), one of the city's dozens of clubs where members eat and cook together. These clubs, which are still important to local culture, served as sanctuaries where the Basque language and cuisine thrived in private for decades while the Franco dictatorship tried to suppress Basque culture.

I have to admit that I'm envious of my summer students. I didn't study abroad when I was an undergraduate, and I had little awareness of the concept until I came to UNR as a professor in 2011. I quickly noticed the USAC offices across the parking lot from my office at the journalism school, and I began hearing about the summer adventures of my colleagues and pupils. I first taught the Food Writing course in the summer of 2016 at USAC's program in Viterbo, Italy, a walled medieval city north of Rome, and I hope to teach in other countries. Wherever I go, I'm sure that I'll once again share my students' thrilling sense of discovery as we immerse ourselves in a different culture and try to understand its food and its people. 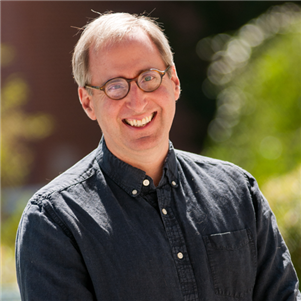