During a visit to Germany's Next Library Conference, Reno Street Art Project's story became many things, including a form of virtual tourism

As a native Renoite who has spent all but four years of her life here, I find myself becoming increasingly protective of this city as I see it rapidly changing before my eyes, as well as somewhat resistant to the changes I see it undergoing. One change I am embracing however is Reno's evolving visual landscape that results from the proliferation of street art primarily in Midtown, where I live, and Downtown, through which I drive almost daily to get to and from the University. That is why leading the Reno Street Art Project (RSA)-a multimedia time capsule highlighting street art on display in Reno from 2017 via a digital archive that documents and preserves the city's murals, accessorized by an interactive virtual reality tour of them-was such a privilege, and one that continues to be amplified by opportunities to share the project, and thus my hometown, with the world.

Recently, the Multimedia Production Specialist for the University Libraries who co-created the virtual reality (VR) portion of RSA, Michelle Rebaleati, and I attended the Next Library Conference in Berlin, Germany-"an international gathering of forward-thinking library professionals, innovators and decision-makers who are pushing boundaries and making changes that support learning in the 21st century" (http://www.nextlibrary.net/about). We brought Reno with us to Berlin and were able to teleport people from all over the globe to the Biggest Little City in the World. Their reactions to the project were somewhat surprising and quite illuminating.

While I theoretically acknowledge the appeal and value of VR, I'd be lying if I said I fully grasp it, personally. I have never been much into video games-one of VR's main applications, and although I've worn the headset and experienced the product created by the project's VR team, for some reason it didn't quite resonate with me as much as it probably should have, especially considering my involvement with the project. A possible explanation for this could be the fact that I've seen, in person, all the murals featured in the VR portion of the project and am intimately familiar with them as a result of my particular task for the project, which was to take and edit photographs of more than two hundred and fifty murals and then create and apply extensive metadata to them all. Thus, I wasn't seeing them for the first time as most people who put the headset on are, and, I've seen them all in actual reality as opposed to in virtual reality. Additionally, I went to Next Library with the misconception that Europe was ahead of the technological curve where VR is concerned and thus did not anticipate that Michelle and I would be showing, let alone introducing the conference attendees to anything new or particularly revolutionary. Once we began doing demos of the RSA VR experience however, this perception was quickly shattered, as was my previous lack of comprehension regarding VR's allure and value.

My assumption that Europe is already very familiar with VR technology, if not on the cutting edge of it, caused me to doubt that the project's VR content, while undeniably aesthetically engaging, is particularly innovative. As a result, I simply did not anticipate what Michelle and I ended up encountering. To my surprise, many of the individuals who demoed the VR experience had never even tried VR. So, we had the privilege of inducting these individuals into the VR world via the Reno Street Art project-perhaps they will now forever associate VR with RSA. On the other hand, those who had tried VR had not seen it utilized for something like RSA. Again, gaming is one of VR's more recognized applications, so our use of it as a cultural preservation tool is, at least at this point in time, less common, especially in comparison to its more common use in gaming. Nonetheless, regardless of the degree of their previous exposure to VR, the fascination of everyone who put the VR headset on was manifest and viscerally palpable. The conference's international attendees were engrossed in my somewhat-obscure city and its murals: #allthefeels; and, several mentioned wanting to do the same thing with the street art in their cities: #trendsetters.

Perhaps the most unexpected yet enlightening response I witnessed was from a woman who was looking at everything but the murals while in the headset. My annoyance at this-a result of having created the project to document the murals in the first place-prompted me to ask her why the murals didn't seem to interest her, to which she responded: "the murals are fine, I've seen plenty of those though. But, I've never been to Reno." The 360º VR footage allowed her to not only see the murals in their full scale, but also in their environmental context, with everything surrounding them: Reno's streets, buildings, and residents. In this way, RSA had served as a form of virtual tourism, enabling this woman to virtually visit Reno in lieu of actually doing so. An additional layer to this that I find especially thought-provoking is that this woman, who lives in Holland, was virtually visiting Reno, Nevada, USA while physically in Berlin, Germany: #thepoweroftechnology.

I went to Next Library in Berlin to share RSA with an international audience, but I left feeling as though more had been shared with me. The opportunity to do demos of RSA's VR experience and witness people's reactions enabled me to finally comprehend, unequivocally, the intrigue of VR and the breadth of its value, and, it afforded me the personal connection with it that I previously felt I had been missing. What is more, the international reception of this project that captures and conveys Reno's civic essence deepened my civic pride. Ultimately, what the RSA team intended to be a resource for Reno's university and broader community has proven, time and again and in multiple ways, to be so much more. 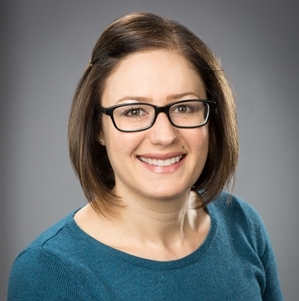