Life in transition: A moving experience

Moving is, in a word, hard. While it can be exciting to go to a new place and meet new people and potentially start a new job, the prospect of picking up your entire life in one place and moving it to a new one can be daunting. And that's not including the added challenges that come with experiencing an entirely separate major life change at the same time.

Such was my situation as I was preparing to move to Reno to start my graduate program in Hydrology at UNR in May 2016. It was a mere two weeks before I made the move up to Reno that I realized I was transgender and it made what was already going to be a big change in my life even bigger.

Before I realized I was trans, I had what I thought was a relatively normal life and was taking the rather normal step of going to graduate school. My story pre- and post-transition is not one of turmoil and anguish as is often portrayed, but more of an underlying feeling that being a boy was alright but being a girl would be much better. So while I was excited to move to a whole new place with a brand new job and to meet a bunch of new people, I was also a little apprehensive. I was already going through a significant life transition in moving and starting grad school, could I handle transitioning myself as well?

About my story. When people hear about transgender folks' stories, it's often a tale of feeling like you're in the wrong body from a very young age and having struggles with identity growing up. Mine is not that story. The first clear signs that I was not like everyone else didn't come until I was 12, and from there I simply repressed any feelings I had towards being a girl and transgender. In the intervening decade, I felt generally quite good about myself and managed well enough. But things lurked under the surface, not emerging until that pivotal realization two weeks before moving.

Once I realized I was probably trans, I decided to try and address it, but not until I got to Reno for simplicity's sake. So when I moved two weeks later, I began talking with a therapist and decided to start hormone replacement therapy (HRT) by the end of June. All the while I was starting up my graduate work at UNR and beginning to get to know people. Over the next six months, I came out gradually, with nary a negative reaction from anyone on or off campus.

Of particular note was my primary social group in Reno, my ultimate frisbee community. I've played ultimate for a number of years and I knew that one of the best ways for me to get integrated into Reno, transition or not, was to play ultimate. On campus, I had a couple years of college eligibility left, so I opted to play with the UNR club ultimate teams. In my first semester on campus, mere months after my realization and move, I was not yet out publicly, so I played with the men's team without issue before making plans to join the women's team in the spring.

While not totally seamless, my transition to the UNR women's ultimate team was without major issue. I was accepted as a team member and just another girl on the team and it was an amazing feeling. Although I couldn't play my first semester on the women's team due to USA Ultimate eligibility rules, I was a woman seen as a woman, part of a women's ultimate team. It's a simple thing, but just being accepted without fuss made a huge difference in my experience.

On campus more broadly, my experience has been much the same. The bulk of my transition has taken place in Reno and on campus and I've had almost universally positive reception. From my advisor and my hydrology cohort to on-campus housing and basically everyone in between, I've had essentially nothing but good experiences.

My experience is not the norm however, as I've experienced and had substantial privilege in my transition. I'm a white transgender woman with supportive family, friends, and work, and as I've mentioned my transition has been nearly flawless and beyond all my expectations. For many other transgender people, including those at UNR, the experience is not so rosy, and they often experience significant discrimination and can have issues with their family, work, or friends.

Given these realities, I try to leverage my privilege for good by stepping up and speaking out so that others who may not be able to don't have to. I fully acknowledge that my privilege allows me to be more outwardly present and vocal than others can, and aim to take advantage of that by educating people about transgender issues and experiences, both mine and more generally. It's my way of being visible so that people can learn more about transgender people and understand that, really, we're people like anyone else and have lives just like everyone and we're just trying to be ourselves as best we can.

In that spirit, this week is Pride week in Reno, culminating with the Northern Nevada Pride celebration on Saturday. Some people sometimes wonder why we have Pride, and it's really all about what I've talked about here. It's about celebrating people finding themselves, whether in the middle of a move or right at home, and how freeing that can be. It's about being proud of who we are, and the community coming together to support each other and the broader community accepting and supporting us. And it's about highlighting that, while things are certainly improving, we still need change and progress and the fight is still not over. So celebrate Pride this week and always accept and support LGBTQ+ people like I've been so lucky to have. 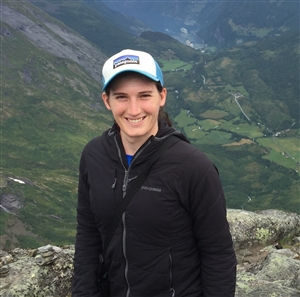