Women in leadership: Reaching for my personal summit

The March 15 Women's Summit will be a reflection not only of the experience of women in northern Nevada as a whole, it will also reflect personal journeys as well.

I find myself thinking a lot about leadership lately. The Northern Nevada Women's Summit, hosted by the University's Committee on the Status of Women (CSW), is now just around the corner (scheduled for Wednesday, March 15 at 5:30 p.m. in the Joe Crowley Student Union Theater and Ballroom A), making for timely rumination.

As secretary of the CSW, I have been working the past few months alongside current CSW co-chair Tara Radniecki and past co-chairs Robbyn Tolles and Tabor Griswold, and I have witnessed the exciting ways in which the Summit has grown and taken shape.  Helping to plan the Summit in the context of a UNR Diversity Committee and learning about the many players, representatives, mentors, and leaders on campus, in the community, and in local and state government has been an inspirational experience in terms of women's leadership and women working well together. This will be the third Women's Summit to take place in Northern Nevada, UNR hosting the inaugural event and TMCC hosting the second one last year. Not only do we work across campuses and in the community in the northern part of the state, we communicate with the founders of the sister event down south, particularly Sondra Cosgrove at the College of Southern Nevada, who started the Status of Women Conference in Las Vegas because she wanted to recognize the dedicated women in her academic programs.

Each Summit has been different, with a unique theme and/or focus of engagement, but all were comprised of Nevada women leading and working with each other to accomplish common goals. Our own upcoming Summit evolved in an unexpectedly organic way. Between the wide array of contacts CSW veterans Tabor and Robbyn contributed and Tara's relationship with the Society of Women Engineers, we had so many excellent potential speakers we had to narrow the list down to fit into the available time. The backgrounds and interests of Reno City Councilwoman Naomi Duerr and NSHE Regent Allison Stephens made it only natural to come up with a theme of Women in Leadership for our opening panel session. Working with Tara, the Society of Women Engineers was able to bring in nationally recognized speaker, STEM activist, and former aerospace engineer Kate Van Dellen, who will speak about combating sexism in the workplace.

We all agreed that this year, people – and perhaps especially women – are not only seeking opportunities to listen, they are seeking out effective actions they can take to make a difference on issues they care about. To determine what issues to focus on we looked at the 2005 report on the Status of Women in Nevada produced through the special efforts of Professors Joanne Goodwin of UNLV and Jill Winter of the University of Nevada, Reno, as well as more recent 2015 national reports, all published by the Institute for Women's Policy Research in Washington, D.C. (A new Nevada report is forthcoming from Goodwin soon.) I organized the discussion groups based on five areas of interest in the reports: Political Participation, Employment and Earnings, Violence and Safety, Health and Well-being, and Reproductive Rights. With help from other CSW members, I recruited experts from the campus and community to lead the roundtable discussions based on field of inquiry and/or published research. We are hopeful that the roundtables will benefit Summit attendees through knowledge sharing and result in a list of actionable ways to improve the lives of women in Nevada.

In my personal experience working in academic libraries, I am aware that I have some privileges that others may not have access to, including working in a relatively equitable setting in a female-dominated field where it is typical to have better-than-average benefits. If I looked from the narrow perspective of only my own experience, I might ask why we need a status of women committee or a summit about women in the first place. But the data tell quite a different story. Even in 2017, the wage gap still exists, with Nevada women earning an average of 84% of what men earn, compared to 80% in the nation (according to the Spring 2017 report from the AAUW). That number goes down starkly when you separate demographics, with Nevada women of color earning more like 55 and 60 cents for every dollar men earn. In 2004, Nevada had the second lowest ratios in the nation of women in professional and managerial positions. These are only two of several issues women face. Working from a data-driven argument, it is plain to me that there is still a very tangible need to consider and discuss the status of women in our state and nation.

In conversation, my fellow planners expressed why they participate in CSW. Tara noted that our work in CSW on campus is not just about us as faculty, it's about the 20,000 students we support, to help lead them into confident successful futures. Tabor brought up the need for the Smart Start Salary Negotiation workshops that Robbyn Tolles and Mary Shultz lead for groups on campus with materials licensed through the American Association of University Women, which tech concepts and skills not taught in college courses. Robbyn advocates that women empower themselves by learning to negotiate, not just for salary but for resources including space on campus, and by being prepared to encounter bias against women in some areas, be it presumptions of incompetence or backlash against women in power.

My own career path has recently taken an exciting turn that underscores the importance of leadership even more: after four years as Head of Metadata and Cataloging at UNR Libraries, I have accepted a higher profile position in the organization as the Director of Special Collections and University Archives, which I will begin in April. This position will give me the opportunity to combine my management skills gained at the University, almost ten years of prior experience in special collections, a master's degree in archives management and my love for Nevada history into what has been my dream job for over a decade. It is both exhilarating and daunting to be embarking on this journey, particularly as it involves leading the department into a new era in which special collections must embrace efficiency and technology as never before. I know my enthusiasm and legacy as a third-generation Southern Nevadan will get me only so far, that I have incredible bridges to build and much careful work ahead to do. Having the support and trust of the Dean of Libraries, Kathy Ray, behind me is incredibly helpful, and I'll give my all every day in order to succeed and to lead by example, using every bit of knowledge passed down to me by previous supervisors and mentors, the majority of whom are women.

While I face this new opportunity and all of the expectations it brings from others as well as myself, it is instructive to be around other successful, thoughtful women in varying fields and stages of their careers and to know that other women have similar concerns about equity at work, successful leadership and even in gaining leadership roles in the first place. Just a few days ago I read a fascinating 2013 article published in the Harvard Business Review. In it, professor of business psychology and author Tomas Chamorro-Premuzic argues that it is not so much incompetence, lack or desire, or the glass ceiling that keeps an equal number of women from becoming leaders in their field. Rather, "the main reason for the uneven management sex ratio is our (collective, societal) inability to discern between confidence and competence. That is, because we commonly misinterpret displays of confidence as a sign of competence, we are fooled into believing that men are better leaders than women." He cites large scale quantitative reviews and scientific evidence showing that "female managers are more likely to elicit respect and pride from their followers, communicate their vision effectively, empower and mentor subordinates, and approach problem-solving in a more flexible and creative way (all characteristics of 'transformational leadership') as well as fairly reward direct reports."

It is evident to me that we are indeed in an era of change in which women leaders are not only beneficial, but necessary: Only last week, the Nevada State Senate, led by Senators Patricia Spearman and Heidi Gansert, passed the Equal Rights Amendment 13 to 8. If I can join the ranks of other women leaders who have gone before me and stand up for those whose voices are less often heard, I can make real the possibilities of transformational leadership, and I will know I have succeeded. 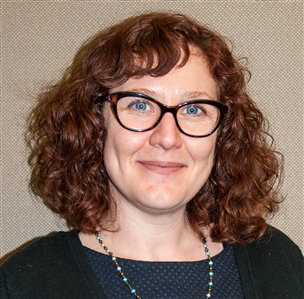