A professional translator teaches RSJ students the art of translation for Noticiero Movil; she also learns something about journalism in the process.

I was thrilled when Professor Vanessa Vancour contacted me to assist her with student translations and Spanish articles for the bilingual journalism project, Noticiero Móvil, and also to know that this was the first time that this type of collaboration with the Reynolds School of Journalism was going to be implemented.

So I thought to myself, "this is great, they are connecting with the Latino community and also providing quality news!"

In Noticiero Móvil, students create content in both Spanish and English. The students who speak Spanish are able to interview community members in said language and share diverse voices. In this class I really enjoyed helping students write or translate their stories into Spanish.

During this process the Spanish-speaking students learned different translation techniques they had not previously learned in their journalism careers. They came across some translation issues such as untranslatable words, so they had to research the meaning and the sense of the word/phrase to be able to find the most accurate Spanish translation.

They also learned to avoid literal translations since that could result in using false cognates, which are words with similar sounds in both languages due to sharing the same origin. An example could be to translate "I am embarrassed" into "estoy embarazado" (I am pregnant), instead of the correct translation "estoy avergonzado". A very different meaning, right?

Cultural issues were another factor that we considered when translating. Depending on the audience, the students had to decide which word was better to use. They learned that Google translate was not the trustworthy translation tool that they thought it was.

For example, a Google translation into English will come up with: "The postulation to president" instead of "The presidential nomination".  This translation would make any news outlet look unprofessional. This taught them that translation is an art and the translator has to make strategic and detailed decisions which machines are not capable of doing.

It was an amazing experience to see how serious the students took their translation task as well as the editing process, which sometimes could be a tedious job and take even longer than the translation. They discovered common mistakes and used different helpful tools, making their job translating a little bit easier.

In Noticiero Móvil the students weren't the only ones who learned. I also learned about all of the hard work behind creating content: contacting people to interview, scheduling interview times, putting up with cold weather, waking up early for a shoot or staying late editing, etc. For their final assignment, the students worked on wonderful stories where they used the Spanish language, video and even subtitles to develop valuable stories about our Latino community.

Stressing the importance of using Spanish and translating the stories gives the students the opportunity to become better professionals. Reporters many times have to work with translators so they are able to translate interviews and ask the right questions, but imagine what an extra bonus it would be to be a bilingual reporter to be able to connect with people on another level. That is why I strongly believe the importance of this class and hopefully one day it can be implemented in every journalism school. 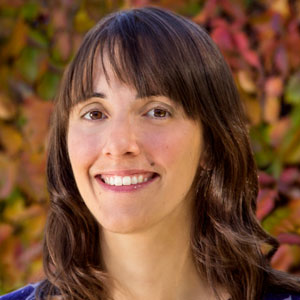 By: Andrea Linardi
Translator and Interpreter, Reynolds School of Journalism