Nearly 1,500 freshmen will converge on campus on Aug. 19 to begin the NevadaFIT academic boot camp -- their first step on the road to student success at the University

NevadaFIT students are up at 7 a.m. for breakfast, and work until about 10 p.m.  in what feels much like a midterms or finals week. Students attend classes with professors, are assigned homework, form study groups with peers, and take actual exams. While students receive feedback on their progress, they are not assigned a letter grade. Students earn one credit just for participating, with the expectation that this rigorous experience, which imitates a condensed version of a semester, will teach them how to succeed when it actually counts. Every type of student benefits from NevadaFIT, offering academic, social, and professional opportunities. The program provides students with the chance to network with peers and professors in their major whom they might not interact with until well into their college career.

Nicole Foster, an Elementary Education major from Rocklin, Calif., attended NevadaFIT in 2015 in the FIT2Care program. "I attended NevadaFIT as a participant because I am the oldest in my family so I was not quite sure what to expect in college. When I heard about NevadaFIT, I thought it would be the perfect introduction into the college life and everything that comes with it," Nicole said. "Before NevadaFIT, I was nervous about the classes, the people, and campus itself. However, afterward, I felt like I had better knowledge than other incoming freshmen who did not arrive until later in the week. I felt like I had a shoe in the door! The most surprising part of NevadaFIT was how much more confident I felt about college afterwards. Whether that was confidence in my performance in classes, or getting around campus, I felt like I could accomplish a lot within my first semester at the university. Furthermore, I met some of my best friends, and we still are friends two years later!"

In addition to academic classes, students take several Skills Sessions, ranging from note-taking, to study skills, to mindfulness, to fitness. They not only get to know campus, but they are expected to use many of the campus resources and facilities the university offers like the Math Center, Tutoring Center, Writing Center, and Knowledge Center -- places they might otherwise be afraid to seek out themselves. Students walk away from the experience with a variety of skills they can use in the college classroom and beyond.

"I definitely gained time management and confidence in myself from NevadaFIT. I learned how to talk to my professors and act in class throughout the year. I learned what was expected of me in college and how to get the most done within my time here," Nicole reflects.

Nicole appreciated her experience so much, she is returning to work as a mentor for the second year in a row. She will lead her own "Pack" of six freshmen in the FIT2Care program, attending classes right along beside them, leading study sessions, and offering advice as needed to get these students through the week, but also to serve as support throughout the school year.

"I decided to become a NevadaFIT mentor because I enjoyed NevadaFIT as a mentee and had become friends with a lot of the people involved with the program," she says. "I thought it was a great way to spread the knowledge I gained as a freshman and make a few extra dollars for textbooks. The most rewarding part of being a NevadaFIT mentor was seeing how confident my pack was when they presented their end of the week presentations. They had grown so much in just five days' time, and I could not believe that I had been a part of it."

NevadaFIT has expanded since its inception in 2013. Based off of a model Executive Vice President and Provost Kevin Carman brought with him from Louisiana State University, NevadaFIT started as a program for Biology majors called BioFIT headed by Dean Jeffrey Thompson of the College of Science. The program totaled a random sample of 48 students, which served as a control against students who applied but did not get in to the program. After seeing higher GPAs and increased retention in those students who participated in NevadaFIT compared to those who did not, the university offered the experience to more students in more majors progressively.

Last year, the College of Science made the program mandatory for all students, and most majors in other departments were able to participate in a boot camp for a total of 968 students. Every boot camp in last year's program saw higher GPAs in NevadaFIT participants, compared to the students in their major who did not participate.

This year, the College of Agriculture, Biotechnology and Natural Resources has joined the College of Science in making the program mandatory for all students, and every major from every college can now participate. The expected enrollment for all FIT programs this year is up to 1,450 students, almost half the incoming freshmen class. NevadaFIT is still a fairly young program, approaching only its fifth year this August. For the first time this year, NevadaFIT will be able to analyze data for its first graduating NevadaFIT class. Provost Carman hopes to continue to grow the program in the years ahead.

As students from all over nervously pack their bags and prepare for boot camp, Nicole Foster has a little bit of advice to make sure students get the most out of their NevadaFIT experience, and out of college: "You have to want to be here. You have to want to succeed. We are here to assist you in any way you can, but success comes from within. Try your hardest and do not give up when the going gets tough. No matter how cheesy that sounds, it is true!" 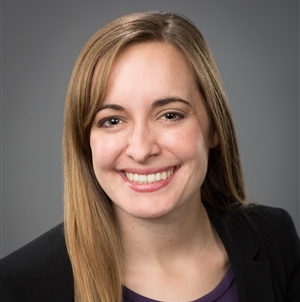