The Women's March: What it means for our community, and our nation

The Jan. 21 Women's March meant many things to many different people; importantly, this included our notions of privilege, inequality and dissent.

"A morally and civically responsible individual recognizes himself or herself as a member of a larger social fabric and therefore considers social problems to be at least partly his or her own; such an individual is willing to see the moral and civic dimensions of issues, to make and justify informed moral and civic judgments, and to take action when appropriate."(Colby & Erhlich, 2000, Civic Responsibility and Higher Education)

What do marches down Virginia Street, mailing tea bags by the thousands to Congress and taking a knee during the National Anthem all have in common?  Each of them is an example of a powerful form of civic engagement through political, organic dissension with the express intention of affecting political agenda.  Although Webster's defines dissent as "to withhold assent," political, public dissent is a far more active call for change. And, therein lies the offense many see in public demonstration of dissent. Political dissent to demand change is to draw attention to underlying inequality. Contemporary discussions of inequality necessitate a discussion of privilege. The Women's March nationally and in Reno on Jan. 21 drew attention to many, often intersecting, inequalities and by extension, intersecting privileges. The Women's March attempted to overcome differences by equating women's rights with human rights. It did not shy away from the unequal treatment of Muslims and immigrants; it called attention to continued homophobia and transphobia; it focused on economic and environmental justice in OUR community. Whether or not this populist message will continue to resonate with the least privileged needs to be a serious point of reflection; but accusations of privilege do not discount political dissent, especially if dissent is followed up by action.

Take, for example, the political dissension of Colin Kaepernick, our former star Wolf Pack quarterback, who took a knee during the National Anthem at every 49ers game this NFL season.  In doing so, he exercised his First Amendment right to free speech, but more importantly, he carried out his civic duty to call attention to the lack of equity and inclusion for the black community in the larger social fabric of this nation.  He used the privilege of his celebrity position to call attention to the disproportionate number of young black men dying at the hands of law enforcement.  Some in the community accused him of being out of touch because he was a millionaire sports star or because he was adopted and raised by white parents. To solidify his desire to take action in the best interest of his community, Colin has created educational camps for youth of color to know their rights and pledged to give one million dollars to social justice initiatives that seek equity and inclusion for disenfranchised members of our communities. His many privileges pointed out by the media - his light black skin, his white parents, his college education, his multi-million dollar salary, or celebrity status - are not cause to discount his dissension, but to celebrate his venture into activism for the community for which he advocates.

The Women's March on Saturday, January 21, 2017, across the U.S. and here in Reno is a tangible manifestation of civic engagement through political dissension in our community.  Actions like this are critical in sustaining our democracy.  The fact that the Women's March took place in OUR city, as well as in so many cities across the U.S., drives home the message that our community recognizes and chooses to address these inequalities and privileges in OUR community. The Tea Party successfully stalled President Barack Obama's agenda by making the fight for change a local one. The Women's March in Reno did the same by sending a strong message to the new administration. Both efforts are rooted in a local, grass roots movement.  A local movement requires we examine both our intersecting inequalities and privileges. It is going to be uncomfortable and it may put people on the defensive. It will succeed as more formally disaffected citizens hear the call to take action in the best interest of this community.

Do political protests matter? Evidence from the tea party movement. The Quarterly Journal of Economics, qjt021. 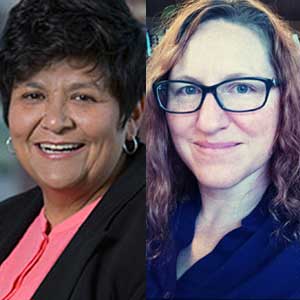