Sexual conduct and campus safety: What we've learned so far

The effort to build a campus community that is safe and responsive to students has included a systematic attempt to assess students' experiences with sexual violence, access to resources, and interest in prevention training. In the last four years, we in the Office of Student Persistence Research have conducted two campus-wide surveys with degree-seeking students (2014 & 2016), as well as a number of more narrow surveys, focus groups, and interviews. To complement data collection, we have met with student leaders and attended club meetings and educational events to share what we have learned as well as listen to what students have to say. We have been able to provide the coalition of faculty members who work together to address interpersonal violence and sexual assault much needed information to tailor services and prevention education. Our goal is to share some of our insights within a contextual narrative of our assessment and outreach process.

The determination to assess our campus climate on the topic of sexual violence began after the Justice Department released the "Not Alone" White House task force report and campus climate toolkit in April of 2014. We took the initiative to survey students using the toolkit as our guide for the design of a web-based assessment. We also used the survey as an outreach opportunity to direct students' attention to available Title IX services for victims of sexual assault. All degree-seeking students were invited to take the ""Sexual Conduct & Campus Safety" survey (SCCS) in November of 2014. An email link was distributed through a collaboration with the Center for Surveys, Evaluation, and Statistics (formerly Center for Research Design and Analysis) and paid for by the Parent Fund. Thirty-two percent of the student body (n = 6,098) took the 12-minute survey. Participants were eligible to win prizes donated by the Associated Students of the University of Nevada (ASUN), the ASUN Center for Student Engagement, and the Nevada Wolf Shop.

We did add a few items on the role alcohol plays in perceptions of sexual opportunity because we saw an opportunity to compare the SCCS results to an alcohol and drug survey the Office of Student Conduct collects on a biennial schedule. This led to the important finding that students who think alcohol facilitates sexual opportunities are more likely to endorse rape myths, are less likely to agree to maintain consensual sexual contact, and are less likely to express interest in bystander prevention training. In the context of hook-up culture, alcohol consumption may not only be a necessary but a sufficient signal of sexual consent for some students.

Following data collection in 2014, several support resources were established for victims including a sexual misconduct hotline, specialized police trainings and the Campus Victim Advocate position funded by the Crises Call Center. We have since worked closely with the Victim Advocates to assess student learning outcomes at campus events. In fact, the Victim Advocate's insight and experience serving Nevada students and faculty who experience interpersonal violence in relationships led us to create a follow-up survey in 2016 that departed significantly from the federal toolkit. In 2016, we collected much more information on personal networks and relationships, and differentiated among types and tactics of verbal, physical, and sexual coercion. In 2016, we found that approximately 24% of participants have experienced some form of sexual harassment, 13% have experienced sexual coercion and 9% have experienced sexual assault. Among the 56% of students in relationships who took a slightly longer version of the survey to evaluate interpersonal violence, 9% have experienced physical violence and 16% experienced sexual violence perpetrated by their romantic partner. Students who admitted to perpetrating violence against their partners were also extremely likely to identify as victims of interpersonal violence as well. Unfortunately, the survey data do not lend insight in to the causal nature of the association.

Both campus-wide surveys show the majority of victims of sexual violence know the perpetrator (80% & 86%, respectively). In 2016, alcohol was more likely to be involved if the perpetrator was a friend, acquaintance, or stranger, then if the perpetrator was a current, casual, or ex-romantic partner (79% vs. 50%). Of sorority members and students of diverse sexualities (both of whom have a higher risk of sexual assault), sorority members were more likely to report alcohol was involved than non-members, whereas students of diverse sexualities (LGBTQI-PLUS) were less likely to report alcohol was involved than heterosexual students. These findings highlight a need for campus programming to address various contexts in which sexual assault occurs and address the risk factors of each target audience. Prevention efforts should continue to address stereotypical assaults highlighted in the media, as well as instances of domestic and interpersonal violence within romantic contexts that are not typically seen as a problem among college students. Finally, we identified 15 participants who were re-victimized between 2014 and 2016. Re-victimization or polyvictimization has not been addressed to our knowledge in any of the prevention education.

In collaboration with Nevada CARES (www.nvcares.com), a series of focus groups conducted with undergraduates in the spring of 2016 revealed that men are interested in receiving more information about sexual health and sexual pleasure, but not sexual assault. They expressed a reluctance to attend awareness or prevention programs because they would be called potential rapists. We once observed such labels and language used at an awareness event heavily attended by Fraternity men and it caused some men to leave the event. We propose embedding prevention messages within a larger conversation of sexual health and activity. The men who participated in the focus groups, for instance, spent time sharing information with each other on where and when to get free STD tests at the Student Health Center and joking about the awkwardness of stuffing their pockets with free condoms. Though the conversation about STD testing and condoms may be more about signaling sexual activity and social status, it suggests when men learn something useful they are willing to share it with other men.

The SCCS survey data shows that between 2014 and 2016 both women and men became more concerned and involved in prevention efforts, but only women continue to express an intent to learn more about prevention. In the 2016 survey, a subset of participants (n=2003) identified the mode through which they had been exposed to prevention information and how they would like to receive information in the future.  Students want to read more about sexual assault (interest in reports, 61%) and crime (crime alerts, 57%) at our University. They want to hear campus administrators discuss sexual assault prevention (53%), even though they believe the leadership is "doing enough" to address sexual assault. Many participants wrote-in suggestions for resources they believe should be provided and which in fact are already available through the Title IX and Equal Opportunity Office, the Campus Victim Advocate, Counseling Services, or the Student Health Center.

Going forward we see a need to focus on prevention education that is tailored to the needs and risk of the audience. Alcohol plays a significant role in sexual violence committed against women most often by their friends and acquaintances. As such, women feel partially responsible for their assault and we need to address the self-blame, shame, and stigma that keeps women from seeking support and reporting the event to Title IX and the Victim Advocate. Currently, we know very little about sexual violence experienced by men and students of diverse sexualities - we know they feel they are not likely to be taken seriously and therefore tell no one about their experiences. To increase the relevance and salience of prevention education and adoption of a prevention culture, we need to make sure ALL students know we value their safety and health. Current bystander prevention training focuses on social situations in which the typical heterosexual college woman is at-risk. Although such situations represent the majority of assaults experienced by our students, we see a need for prevention programming that addresses violence in less typical situations or for students in established relationships. Finally, we need to increase awareness of current services and continue to increase the level of transparency and dialog with students.

Victims were more likely to be:

Victimized by someone known

Likely to tell a close friend only Sorority women and students of diverse sexualities were more likely to be victimized than other women or heterosexuals.

Average completion time was 12-minutes and participants completed over 80% of the survey. 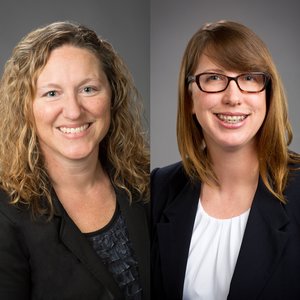