The results of administrative reviews, the 79th session of the Nevada State Legislature and the June Board of Regents meeting

As we move into summer, I would like to share the results of administrative reviews, the 79th session of the Nevada State Legislature and the June Board of Regents meeting.

During the winter and spring of 2017, Executive Vice President and Provost Kevin Carman, Dean of the University of Nevada, Reno School of Medicine Tom Schwenk, and I received major evaluative reviews.

Provost Carman’s review included a Faculty Senate survey and many other survey inputs. He received very strong endorsement to continue in the position emphasizing his energy, commitment to student success and faculty opportunity concentrating on fulfillment of core university missions. Provost Carman was praised for his successful efforts in expanding online educational programs, international student recruitment and development of the NevadaFIT program. I have reappointed Kevin for another five-year planning horizon (recognizing he is on an annual contract with an annual review) through June 30, 2022.

Dean Schwenk’s review similarly received very strong endorsement. It cited his leadership, his resiliency through many changes, which have occurred relative to the School of Medicine transitions during the last five years, and his leadership in building strong relationships with hospitals (especially with Renown) and outreach partners, along with developments for the four-year medical school in Reno and the physician’s assistant program. I have reappointed Tom for another five-year planning horizon (recognizing he is on an annual contract with an annual review) through June 30, 2022.

I was also subject to a regularly scheduled periodic review according to Regents’ policy. A four-person review committee held faculty, staff and student forums and interviewed many individuals on campus and in the community. The Faculty Senate performed a comprehensive faculty survey. The results were very favorable with some recommendations for improvement, which I take seriously. The Board of Regents, at their June 9 meeting, offered me a new three-year contract as President ending on June 30, 2020.

The 79th session of the Nevada State Legislature concluded Monday, June 5. The session included finalization of the state’s budget and funding for the state’s system of higher education, including our University.

On behalf of the University, I wish to express my appreciation to Gov. Brian Sandoval and our legislative leaders for the work they did on behalf of the people of Nevada. The closing days of the legislature demanded that members of both parties and members of both houses work together, and in concert with the governor, in order to reach positive solutions that included the passage of a full budget and much-needed funding for higher education.

The University had clear priorities for this session, which included raises for our employees and the furthering of our teaching and research missions through continued capital improvement growth.

Here is a brief rundown of some of the more notable actions and budgetary items that will no doubt have an impact on our University over the coming biennium:

“We’ve got to see the future then we’ve got to embrace the future, then we have to shape the future, and that’s what the importance of these bills are today,” Gov. Sandoval said during the Bill Singing Ceremony at the University Friday.

June’s Board of Regents Meeting

During the Board of Regents meeting June 8-9, held at the University, a number of property transactions were approved. The University will lease a building on Moana Lane to house several units, which will be moving out of the Nelson Building on 2nd Street as the building is prepared for sale. The University was also granted approval to accept ownership of three more houses in the gateway area on the south edge of campus.

Additional elements of reorganization within the Division of Health Sciences also occurred to make the School of Community Health Sciences an independent unit with a dean. Reorganization will include formal incorporation of the Sanford Center for Aging into the University of Nevada, Reno School of Medicine and formal incorporation of the Center for the Application of Substance Abuse Technologies (CASAT) into the School of Community Health Sciences. I send my best wishes for happy, healthy and productive summer activities. 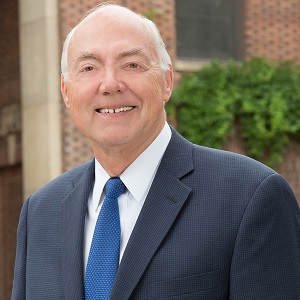