Graffiti stairwell: An effort to openly bind together through humane values

The recent re-painting of the "graffiti stairwell" was an opportunity for the campus to demonstrate the power of community.

(Note: These were remarks presented by College of Liberal Arts Dean Debra Moddelmog Sunday, Oct. 15, when the campus gathered to paint over a swastika that an unknown individual had previously painted over the artwork of scores of University students.)

This stairwell has a 10-year history of being a space for artistic expression and creative imagination, especially by UNR students. According to Associate Professor of Art Michael Sarich, the graffiti art began when he suggested using the stairwell as an alternative canvas for a group of students in a summer-session painting course. Since then, artists from the University and around Reno have contributed their own artful creations to the stairwell.

We recognize and value that some contributions to the graffiti art stairwell have expressed difficult realities, feelings, or views that differ from our own; art often pushes the limits of our understanding and our comfort zone. We also honor and pay tribute to the history of these walls and the purpose of artistic expression by coming together as both individuals and an activist community to add contributions to these walls that convey values of love, peace, nonviolence, and diversity, and that openly express our rejection of anti-Semitism, racism, sexism, and other forms of hate.

I want to be clear what this gathering today is not: it is not an effort to paint over or suggest that anti-Semitism and other forms of hate don’t exist in our society or on this campus. The Anti-Defamation League notes that anti-Semitic incidents in the U.S. jumped 86 percent in the first quarter of 2017 compared to the same period last year. Other minority groups, from Latinos and Asians to Muslims and the LGBT community, have also reported a spike in hate crimes directed at them over the last year and a half.

But that does not mean we have to accept this situation or stand by when swastikas and hateful language are marked on our walls or directed at our faculty, staff, and students on our campus. Whenever you find such images or language on campus property, I urge you to report them to the police so that they have the opportunity to seek out and prosecute the perpetrators to the fullest extent of the law. We can also resist those images with our own speech, actions, and images that reject hate-based movements and that value the diversity of our society and world.

The point of today’s gathering is thus to demonstrate, openly and artistically, our rejection of such views and our power as a community bound together by humane values. Our work didn’t begin here and it doesn’t end here today. We are a place of education, and the College of Liberal Arts is hosting or developing a number of programs, trainings, events, courses, talks, centers, and majors that explore the diversity of our global and U.S. culture. We also offer a variety of courses that examine the history or culture of hate movements, their consequences, and how such movements have been resisted. This is ongoing educational work. Finally, we are one of the colleges on campus that examines the history of free speech, the challenges to it, and the decisions regarding it. Today, we demonstrate the strength of our community to speak against prejudice and bigotry; to advocate for a safe and inclusive campus where students, faculty, and staff can reach their fullest potential; and to illustrate the power of art to move us to action and toward a better world.

Hate crimes in US on the rise 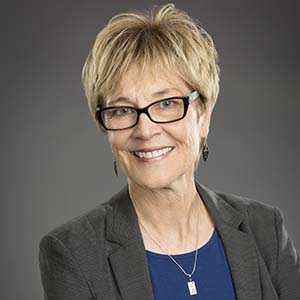