The future belongs to technologies that are better, cheaper, faster or all of these. Here’s my view of why this isn’t changing.

There has been a lot of discussion recently about the impact of the incoming U.S. presidential administration on the development and deployment of clean technologies. A number of people have asked if this is going to change what I do or how the University of Nevada, Reno is going to operate. The short answer is no. Most of what we do and how we do it is driven at the state level and will not be changing anytime soon.

I will begin this with some personal opinion and then look at the data. There is an old line that goes: "We didn't leave the Stone Age because we ran out of stones." There are still lots of stones around. We left the Stone Age because we found something better. Lots of processes and technologies that once were state-of-the art are now relegated to quaint uses or historical education. The future belongs to the technologies that are better, cheaper, faster or all of these.

Despite my generally optimistic outlook that people will do the right thing, the reality is that they usually choose something that maintains a balance between cost and convenience. Economic drivers are the main ones and we see this at both the societal scale and the individual scale. We saw a very significant shift in 2016 in what utilities are installing. On Dec. 19, a blog post by the Energy Information Administration (EIA) (http://www.eia.gov/todayinenergy/detail.php?id=29212) reported that for the year of 2016:

"Electric generating facilities expect to add more than 26 gigawatts (GW) of utility-scale generating capacity to the power grid during 2016. Most of these additions come from three resources: solar (9.5 GW), natural gas (8.0 GW), and wind (6.8 GW), which together make up 93% of total additions."

That's a pretty stunning statement. Of the added capacity in 2016, about 63% is renewables. Utility companies tend to be pretty conservative and data-driven. Yet they are turning to solar and wind more and more. One reason is that the cost of solar has come down substantially. When I installed solar panels at my home in 2005, they cost $5.50 per watt. That's way down from the 1970's when they were over $70 per watt, but still a lot more than the current prices. Solar City recently announced its new panels will be at about $0.55 per watt, one tenth of what I paid. That is just the panel, not the wire, installation, inverters, etc. needed to make a functional system, but historically the panels were the major cost, and that may no longer be true. Wind power has also come down in cost, but not as dramatically. Still, the sun will shine and the wind will blow and neither of these resources have figured out how to bill those of us who use them, so the "fuel" for these remains free, and not subject to the fluctuations of the market. Uncertainty is a hidden cost in utility power decisions and one of the many advantages of renewables is they take the uncertainty of fuel costs out.

The runner-up for new installations in 2016 was natural gas and this has been a consistent winner for years now, thanks to the explosive growth in production brought on by hydraulic fracturing, better known as "fracking." Fracking has also been a major driver of utility decisions. In mid-2008, natural gas hit a recent peak at about $13.00 per million BTU and from there has been on a pretty steady decline to where at the end of 2016 it is selling for $3.60 per million BTU. To see how that played out in our local energy market, in 2009, NV Energy reported that coal supplied about 51% of the total energy on our grid and natural gas was 30%. By 2016, coal is 22% and natural gas 52%. Renewables (hydroelectric, geothermal, solar, and wind) were 16.4% in 2009 and 22.1% in 2016. Over this same time, CO2 emissions have dropped from 1.4 to 0.76 lb per KWh.

These changes in our energy grid have been driven by two things. The first is (and likely always will be) the cost. This is what is driving the new installations seen in the EIA blog. The utilities see both the lowered cost and increased capability of natural gas as an advantage. By capability I mean the ability to use natural gas both for base-load plants and for peaking plants. Base load plants take longer to start up and shut down and coal is only used for base load. Peaking plants are smaller, and can be started in minutes to respond to demand changes. Despite what you might have read, environmental regulations are not killing coal. Cost is. Yes, regulations may have been an accomplice, but fracking pulled the trigger.

The second major driver for Nevada and many other states are state mandates to supply renewable energy to the grid, so-called Renewable Portfolio Standards. Nevada was a leader in this area, with the first regulations passed by the 2001 legislature and the first standards going into effect for the year 2005 (NRS 704.7801). In 2005, the state mandated that 6% of the electricity sold was renewable and currently the regulation is for 20% increasing to 25% by 2025. This makes a lot of economic sense in addition to the environmental benefits. We are a state with more or less zero fossil fuel inside our boarders, but plenty of sun, wind, and geothermal resources. Every time we buy fossil fuel, we are exporting dollars and jobs out of the state to where those are produced. By investing in our local fuels, we are keeping those dollars and jobs in the state. Renewables are better and in many ways cheaper for our state to use and we should continue to do so. Cleaner air and a healthier population are a great benefit too.

I have so far covered the better and cheaper, what about the faster? One of my favorite topics is electric cars, which some claim are not cheaper than their petroleum counterparts. That is debatable, if we consider lifecycle costs and externalized costs like the environmental damage of petroleum. They are, however, indisputably faster and better. You can right now buy a Tesla Model S that will launch from 0 to 60 mph in 2.4 seconds (covering just 29 yards) with a 10.6 second standing quarter mile time. That makes it the fastest production car in the world. Ever. And it does that on street tires. That's faster than the world's hypercars (think Bugatti Veyron, Ferrari LaFerrari, and Porsche 918) at about one-tenth the price. Teslas are being bought more and more not for their "green" credentials, but simply because they are amazing machines. In the third quarter of 2016, Tesla's Model S out sold all other comparable models, by nearly a factor of 2 over its nearest competitor, the Mercedes S-Class.

This brings me back to my original claim, that clean tech, or green tech, will win because it's better, cheaper, and faster. I don't see most of the decisions that have driven the changes over the last few years reversing based on policy. That's about as likely as us going back to the Stone Age.

John Sagebiel, PhD, is assistant director for environmental program in Environmental Health and Safety, part of Research & Innovation at the University of Nevada, Reno, and has an extensive background in air pollution and sustainability. Sagebiel is chair of the University's Sustainability Committee, lives in a zero-net energy home and drives an electric car. 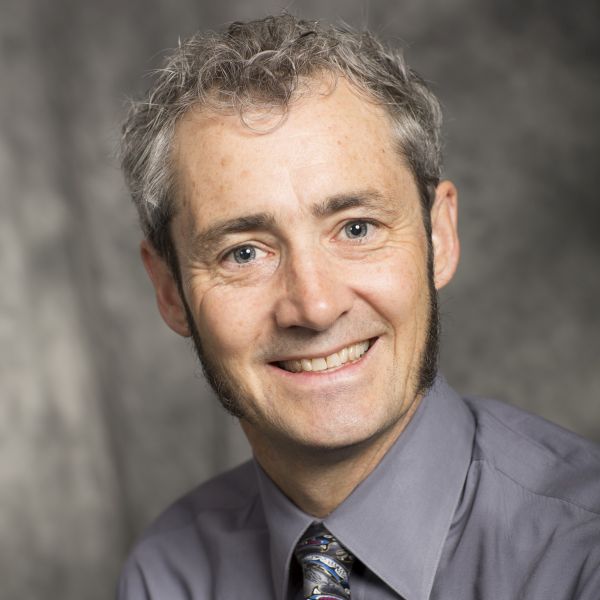