With Commencement looming, a look back 50 years to Judge Steve Kosach and the Class of '67

Steven Kosach has seen a lot of things in his life.

As a District Court Judge from 1991 through 2012, he earned a reputation as a humanistic jurist who took a great deal of time to understand all the people who ever came into his court, in order to discern the best path for justice. As a first lieutenant in Vietnam following his graduation from the University in 1967, he served with distinction, earning the Silver Star for Heroism, a Bronze Star for Valor, the Purple Heart, and the combat infantry badge.

Fresh from Lafayette, Calif., the son of Serbian-American parents whose father was a plumber and wondered aloud with some exasperation why his son would ever want to attend "Sagebrush U,"  Kosach arrived in Reno in 1963.  His father eventually softened his thoughts with the realization that his son was not only the first in his family to attend a university, but had thrived as a student-athlete.

"I've got to say that the friends I made playing baseball for the University, the friends I made in my fraternity, ATO, the time I spent in ROTC in the classes we had concentrating on ethical leadership, and the personable, accountable people who were my professors, all changed my life," Kosach said.  "I think what I'm most proud of was how so many of the people I knew during that time went on to help Reno grow. We were part of a generation that helped Reno become a much more progressive place. I'm very proud of that."

Here are a few more of Kosach's remembrances: On his baseball coach, legendary Nevada figure Bill Ireland, a native of McGill, Nev., who led Kosach and his teammates to a national small-college baseball title for the University in 1965, and who was known for molding hundreds of players into future Nevada leaders: "I remember the humor, just the great laugh 'Coach I' had. I remember the wonderful, playful cynicism.  For instance, when I made an error he would yell full volume from the dugout - 'Kosach, why did I ever recruit you?' I honestly loved Bill Ireland, and he loved all of us. If he told us to run through a wall, we would have tried."

On the specter of serving in Vietnam, a very real possibility for many students: "Aside from ROTC classes, I only remember one in-depth conversation about it during my time as a student. You've got to remember that 1967 was different than when the war accelerated in 1968, 1969 and '70, and people were talking about it all the time. We were all very, very ... I never want to say 'pro-war' ... but we were ready to serve once we were commissioned in 1967."

On his favorite professors, which included Dr. Eleanor Bushnell in political science (Kosach's major), Dr. Russell Elliott in history and Dr. John Morrison in English (who was a decorated World War II veteran and was a person Kosach did seek out later to talk, once he had returned from Vietnam): "Dr. Bushnell was chair of the political science department and was a woman I greatly admired. She often wondered how I would be able to graduate from college because of all the class time I would miss while traveling with the baseball team. When I was elected District Judge in 1990, she attended my investiture. She was a taskmaster, very demanding, but she always encouraged me."

The campus today, Kosach said, has evolved compared to his time as a student 50 years ago. There are still remnants and memories, such as the bowl where the Mack Social Science Building is now located, which was home to the field house of the original Mackay Stadium, as well as the outdoor dining area near a cluster of pine trees by the National Judicial College, which used to be left field to the baseball facility, Clark Field. Kosach can still close his eyes, and remember how home runs at Clark Field would bounce against a spur of railroad track near Evans Avenue.

"I love walking around the campus today, and I try to do it all the time," said Kosach, who makes it a point each football season, for all Wolf Pack home games, to park at Circus-Circus downtown and walk up Virginia Street with his wife of 42 years, Gail. "There's nothing like it. We walk right through this beautiful campus ... this place that helped so many us become who we are today." 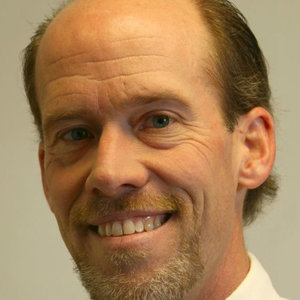