The Northern Nevada Pride Festival on July 22 to showcase the very best in LGBTQ heritage, history and current activities

I've been to gay pride events all over the world, in cities as small as Flagstaff, Arizona and as large as Mexico City. Besides celebrating LGBTQ identities, these events can impact individuals and communities in profound ways; they share a lengthy and rich legacy with LGBTQ movements worldwide.

When I moved to Reno in the summer of 2004 to begin my career as an assistant professor at the University, I attended the gay pride festival held in downtown Reno that summer. It was a small, but meaningful event. It helped to assure me that Reno was a place where I, a queer Chicano male, had a community that might embrace me and make me feel at home. On stage in 2004 was a performance by the Divas Latinas, a group of local trans performance artists who merely had to lip-sync to Selena on stage to assure me that Reno was a welcoming, safe, and vibrant place for me.

I had the privilege of attending the Northern Nevada Pride festival last year, which was held on July 23, 2016 at Wingfield Park in downtown Reno. Besides the presence of several queer people of color on the stage last year, our community had the privilege of witnessing a performance by Lady Bunny, the legendary drag queen from New York and creator of Wigstock. Lady Bunny reminded the audience that trans individuals were at the helm of the Stonewall Riots in 1969-an important connection to make considering the fact that so many LGBTQ individuals today are still denied access to a rich history that includes their heroes and legends. It was also a reminder that gay pride events, which are held all over the world today, have their roots in the U.S. civil rights movement of the 1960s. To think that the act of gay men, lesbians, trans individuals, and drag queens standing up to police brutality in New York City bars like Stonewall made an event like Northern Nevada Pride possible is awe-inspiring. It warms my heart and makes me very proud of my ancestors and my community. The sense of pride that these events can instill in individuals is impossible to describe in words. LGBTQ individuals have a unique heritage and history that is finally being unearthed and shared. It is an important project. It is a necessary project.

Another memorable booth at Northern Nevada Pride last year was one sponsored by the Nevada LGBT Archives, a local non-profit organization dedicated to creating an archive that reflects LGBT history in the state of Nevada. Led by Jeff Auer, the executive director, and Nicholas-Martin Kearney, this organization has made it a priority to document, preserve, display, and conduct research on LGBT history related to Nevada. Among the material the organization has accrued is an impressive collection of memorabilia associated with the Reno National Gay Rodeo, which had a nationwide impact and has its roots in the Biggest Little City in the World.   Today, several cities in the United States host gay rodeos that draw thousands of individuals, but few people know that Reno held the first gay rodeo on record in the United States in Reno in 1976. As Auer's research demonstrates, it began as a small event (approximately 150 people), but eventually grew to an event that drew thousands from around the world. Gay rodeos eventually expanded throughout the U.S. and remain an integral part of LGBTQ communities in several cities.

Like the brave gay men, lesbians, trans individuals, and drag queens who took to the streets in 1969 and fought police brutality, the queer cowboys and cowgirls who demonstrated that they were not that much different from everyone else, helped to carve a space in what is a traditionally hyper-masculine, heterosexual, and homophobic space-the rodeo. Queer cowboys and cowgirls can rope a calf, race around barrels, and ride a bull with the same skill and craft as any other cowboy or cowgirl, often better. They have been doing this for decades. But what the Nevada LGBT Archives underscores is that they can also make history-something we should all be proud of and celebrate.

The list of memorable participants last year is lengthy: UNR, Our Center, Northern Nevada Hopes, local businesses, and, yes, the Divas Latinas. Last year, our community was also still in shock over the Pulse nightclub massacre in Orlando. And here, on the other side of the United States, our community came together to begin the healing process and commemorate the lives lost that summer. Latino Pride New Generation, another local group, encouraged attendees to sign a large banner that was sent from the Biggest Little City in the World to Orlando, Florida. I couldn't be more proud of the work our LGBTQ community in Northern Nevada is doing.

This year's Northern Nevada Pride will be held on July 22-a parade followed by a festival in Wingfield Park. With each pride festival we honor those who fought and died for the right to celebrate the unique history and contributions of our people. The struggles continue, but we can keep moving forward with great pride. 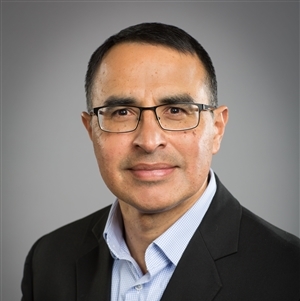