African American Music Appreciation Month: Music that speaks to us all, at all times

June 21, 2017
By: Albert Lee
Director of the Nevada Chamber Opera and Vocal Professor for the School of the Arts

On June 7, 1979, President Jimmy Carter decreed that June would be Black Music Month. Thirty years later, the first black president of the United States renamed the observance African American Music Appreciation Month - and that observance continues this month marked by a proclamation from the current occupant of the White House. For me, as a black man steeped in the varied musical traditions of the black church in America, going on to pursue a career in classical music, my understanding of the depth and breadth of musical contributions by African Americans to our country flourished much later than one might expect.

As an undergraduate student at the University of Connecticut, I struggled greatly to balance my musical heritage with my chosen field of study which was centered in eighteenth and nineteenth century European music. While I had a talent for classical music, it was challenging to actually see myself in the music in a way that allowed me to bring my whole self to my performances. The hallmark of the greatest singers of any musical genre is often encapsulated in the singer's ability to personalize what they are singing and project that experience and the accompanying emotions to their audience. I could not figure out how my life experience was valid as I approached the music by the great composers of Western music.

On October 7, 1997, my perspective would forever change. I witnessed one of the final solo recitals of the great operatic soprano, Leontyne Price. Witnessing operatic royalty perform a program full of the standard art song and operatic repertoire was truly enrapturing. But it was a selection that I had never heard before that revolutionized my appreciation for my own blackness within the classical genre. Miss Price performed a setting of the Langston Hughes poem, "Minstrel Man" by composer Margaret Bonds. Bonds was one of the first black students to study piano at Northwestern University in the 1920s. She would later meet Hughes in the 1930s and a fruitful artistic relationship developed. It was Hughes' text and Miss Price's unique reading of the text as Bonds set it melodically that spoke to the very core of my own artistic being.

Because my mouth Is wide with laughter

And my throat Is deep with song,

You do not think I suffer after I have held my pain So long?

Because my mouth Is wide with laughter,

You do not hear My inner cry?

Because my feet are gay with dancing,

You do not know I die?

This text spoke to just how misunderstood I felt as a classical performer. Bonds' harmonic language - which in this piece is full of blues idioms - within a classical construct made me feel at home musically. You see, Gospel music, the genre I loved most until I began studying classical music has its foundations in the blues. What I discovered that night is that black contributions to music were not restricted to popular and religious musical genres, but extended to the concert hall as well. In that moment, I understood that my experiences, my journey, and my unique perspective were as valid as any in whatever genre I chose to perform. 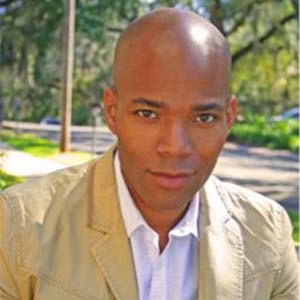 By: Albert Lee
Director of the Nevada Chamber Opera and Vocal Professor for the School of the Arts