May 19, 2016
By: Zeb Hogan
Assistant Research Professor, College of Science

Migratory fish are everywhere. They are amazing, iconic fish - salmon, sturgeon, eels, shad, catfish, carp, sawfish - to name a few - and they make epic migrations of more than 1,000 miles in the Columbia, the Amazon, the Mekong and many other rivers. Even the Truckee River once saw mass fish migration, with Lahontan Cutthroat Trout turning the river red from Pyramid to Tahoe. They are important to all of us, and to aquatic and terrestrial life, but around the world hundreds of populations have already disappeared and others are critically endangered.

Human activity has devastated populations of many migratory species. Take, for example, migratory salmon in the Columbia. The Columbia was once home to tens of millions of migratory salmon each year.  Recently that number has averaged in the hundreds of thousands and some stocks have completely disappeared.  More than 9,000 miles of river and streams in the Columbia River watershed are now inaccessible to migratory fish because of dams. These are fish that were once crucial to the survival and livelihoods of people living along the Columbia River. This is a story that has played out again and again all over the world. More than 70 percent of Europe's anadromous fish (fish that migrate from the ocean to freshwater) are gone, 95 percent of the world's migratory sawfish are gone, migratory eel populations are in decline, and more recently the migratory fish of major tropical rivers like the Amazon, Congo and Mekong are under great threat from hydropower development. To put that threat in context, an estimated 40 to 70 percent of food fish in the Mekong are migratory and more than 60 million people depend on the Mekong River for their livelihoods and food security.

In Nevada, too, migratory fish need our help. In the Truckee River, Lahontan Cutthroat Trout once made epic migrations from Pyramid Lake to Lake Tahoe, and they also once thrived in Walker Lake; now the fish are gone. Along the Colorado, we had healthy populations of migratory big river fish like the Colorado pikeminnow, North America's largest minnow species. Pikeminnow are now gone from Nevada. In far northern Nevada, we once had migration of Chinook salmon - the largest of all Pacific salmon - that grow to 100 pounds. These migrations no longer occur in Nevada.

As an assistant research professor at the University, and a National Geographic Explorer and Fellow, I have had the good fortune to travel the world to study fish populations on many of these iconic rivers, focusing on megafish, freshwater fish six feet and longer or 200-plus pounds. These fish are bellwethers for the health of the rivers, and the ecosystems, and we've found the populations are declining. For six years I've been hosting the Nat Geo Wild Monster Fish television program that chronicles my work on every continent to find study and protect these large, and in most cases endangered, freshwater fish. The experience has also enabled me to connect with conservation organizations around the world. I have been involved since the beginning of World Fish Migration Day, and I'm proud to be a part of it - as an Ambassador - as we celebrate the second annual World Fish Migration Day, a collaborative event with more than 400 events and 1,500 organizations worldwide on May 21, 2016.

It is a one-day event designed to raise awareness about the importance of healthy, free-flowing rivers and migratory fish. I will be in Washington D.C. to launch World Fish Migration Day with our partners, the World Wildlife Fund, the Nature Conservancy, the World Fish Migration Foundation, and Patagonia. We'll start with a kick off event on May 20, and as part of that event the National Geographic Society and Nat Geo Wild have produced a video on the importance of wild rivers and migratory fish. We will also have a panel of experts on hand to discuss why we need to protect rivers and fish. Then, on May 21, I will be at the World Fish Migration Day headquarters in downtown Washington D.C. as the more than 400 events take place around the world to celebrate migratory fish and their habitats.

Here in Nevada, we are organizing several events - an outreach event with the Summit Lake Paiute Tribe, a video screening about Lahontan Cutthroat Trout, and an exhibit at the Nevada Discovery Museum about Nevada's native fish, with screenings later this summer of my Nat Geo Wild Monster Fish shows about migratory fish.

With World Fish Migration Day, we want people to realize what's at stake, what we've lost, and to work together to protect and restore populations of these amazing and life-sustaining fish. These are fish that I know well, that are endangered, and need our help. I view part of my role as an ambassador and spokesperson for these fish and their habitats. Through my work, I hope to educate people about migratory fish and find balance between our needs for water and the needs of aquatic life. We can help protect migratory fish and their habitats through sustainable development of their habitats.

If you would like to help - you can work to save water, put more water back in Nevada's rivers and lakes, develop wisely, and remove old and environmentally harmful dams that alter rivers conditions and block fish migration. Support the work of public and private entities that promote healthy rivers and fish populations.  Support river clean-ups and take your kids to places like the Nevada Discovery Museum where they can learn about Nevada's native fish in a new up a new exhibit titled Underwater Nevada: Connecting People, Water, and Fish. The exhibit is open to the public.

Zeb Hogan, an expert in fish ecology, is a research assistant professor in the College of Science, National Geographic Fellow and host of the Nat Geo series, "Monster Fish." 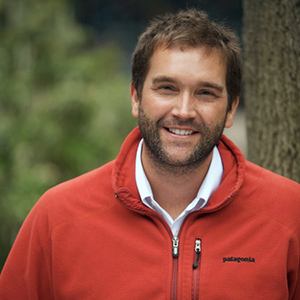