Accreditation review team has positive visit to campus, and other news from the Provost

Provost Kevin Carman shares a number of important news, notes and milestones from the fall semester

(Editor's note: The following post was originally sent to campus on Oct. 20 as a "Provost's Perspective.")

As you probably know, a review team from the Northwest Commission on Colleges and Universities (NWCCU) just completed its site visit to campus for our seven-year review.  We will be receiving a formal report that summarizes their findings in approximately one month.  However, the commendations and recommendations that we heard in the closing meeting were very positive.  The reviewers were very complimentary of President Johnson's leadership through the difficult days of the recession and of the positive current trajectory of the university.  I'm grateful to the many UNR faculty, staff, and students who participated in the site review - you left an indelibly positive impression on the review team.  Also, many thanks to Joe Cline, Audrey Casey, Alissa Mortensen, and Katy Schleef for orchestrating a very successful visit, and a special thanks to Russell Stone who took the lead in preparing a very impressive self-study document.

Our total enrollment for Fall of 2016 is 21,353 (headcount), which is a 2.2% increase relative to last year.  3,353 new freshmen joined us this fall, which is a decrease of approximately 300 students relative to the Fall 2015 class.  The smaller freshmen class was intentional, and was primarily the result of adjustments made to scholarships offered to WUE students.  However, total undergraduate enrollment (17,794) increased by 500 students because of strong retention.

In August we launched searches for 87 tenure-track faculty and lecturer positions.  These include 36 new positions, 43 searches to replace vacancies, and 8 new positions that were released last year but for which searches were not successful.  We have already filled five of these positions (1 librarian and 4 lecturers).  We have modified our approach to faculty searches in two ways:  (1) Ads for faculty searches were released several weeks earlier than has been typical in the past.  We have done this with the goal of completing searches where possible before the holiday break.  By doing so, we will be ahead of other universities and reduce our risk of losing top candidates to competing institutions; (2) Ads include the following statement:  "Applicants should submit a detailed letter of application, which also indicates how they would contribute to the diversity and excellence of the academic community through their research, teaching, and/or service."  The request to comment on diversity is intended to illustrate that we are committed to diversifying our faculty and that we seek applicants who value diversity.

I reported in my previous letter that Fall 2016 NevadaFIT participation would be over 1000.  The actual number turned out to be 971, not quite 1000, but still more than double the participation in 2015 and a dramatic increase from the 48 students who participated in the Fall 2013 version of NevadaFIT ("BioFIT").  Much of the increase was because the College of Science made it a requirement for all of its incoming freshmen (~430 students).  By all accounts, the program went remarkably well and early feedback from participants and mentors was very positive.  We now also have some very encouraging data indicating that students who take a math class for their NevadaFIT experience not only do much better in their math class, but are retained into their sophomore year at a much higher rate (89% vs the institutional average of 81%).  Perhaps we have found the secret sauce for NevadaFIT!  Next year CABNR and the College of Business will require all of their freshmen to participate in NevadaFIT, and we are anticipating 1500-2000 participants.  We will continue to learn from our experience and make improvements as we move forward.

As you may know, the University of Nevada Press was administratively transferred from the NSHE System office to UNR in July of 2015.  We were fortunate to hire Justin Race to assume the role of Director, and he has been on the job for about a year and a half.  Justin has made many changes and improvements to the Press, and several exciting new publications are forthcoming.  Justin and his team recently completely a major overhaul of the Press website[unevadapress.com], and I encourage you to check out this wonderful resource.

The process for transitioning to a full four-year medical school in Reno is continuing apace.  At its October 21st special meeting, the Board of Regents will consider the curricular-review proposal that would allow UNR Med to close academic programs in Las Vegas on June 30, 2017.  We just learned that UNLV received approval from the Liaison Committee on Medical Education (LCME) to admit its first class of students in the fall of 2017.  Their approval gives us the full green light to forge ahead with plans to build out our four-year program in Reno.  At its December meeting, the Board will consider proposals to open new UNR Med academic departments in Reno on July 1, 2017 that will provide for the full curriculum for the new Reno-based campus.  This transition is made possible because of a close partnership with Renown.

Finally, I am pleased to report that the Board of Regents approved the administrative consolidation of UNCE and CABNR at its September meeting.  The process leading up to this approval was a bumpy and difficult one for all concerned, but I feel that we have come up with a plan that will serve the faculty and staff of UNCE well and, most importantly, optimize our ability to serve the citizens of Nevada in this most fundamental and critical manifestation of our engagement mission.  The details of the consolidation will be worked out over the next several months.  In the meantime, we are launching a national search for the new Director of Cooperative Extension and Associate Dean of Engagement.  Many thanks to Mark Walker for service as Interim Director over the past couple of years, and to CABNR Dean Bill Payne for reaching out to stakeholders across the state. 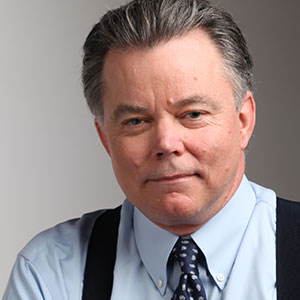