The author wonders if Monkey Puzzle Trees will be a worthy addition to the University Arboretum; on April 29, the Arboretum Board members will find out when they plant one.

Should we really be planting Monkey Puzzle Trees at the University?  This is the kind of question that I carry with me on my morning walks and sometimes even bring to bed at night.

Almost two years ago, in July 2014, I became the unlikely chair of the UNR Arboretum Board.  The previous chair, Raymond Needham, had served nobly for many years and was ready to pass the baton.  I had served as a board member for barely a year, but since no one else was interested in running for chair, I took the plunge.  Unlikely because, although I love nature and have taught environmental literature in the English Department since 1990, I actually knew very little about trees.  But I was willing to learn, and there are many people on campus and in Reno whose skills could be tapped.

The first thing I had to learn is where the Arboretum is.  Well, it turns out that in 1985 the Nevada State Legislature passed a bill that designated the University and UNLV campuses state arboreta.  A later amendment added the state college and community college system.  OK, so where is the University's Arboretum?  As I would learn, the Arboretum comprises all of the trees of campus as well as the named gardens.  Essentially, the entire campus is an arboretum.  Who knew?

But Monkey Puzzle Trees ...  Hmmm ... Having taught and thought environmental literature for a quarter century, my immediate opinion about campus landscaping is that we live in a desert and should plant low-water xeriscapes, favoring native species.  Think decomposed granite with discrete little black drip lines miserly meting out drips of water to drought-tolerant plants such as sagebrush, rabbitbrush, and bitterbrush.  Think Utah Juniper, essentially the only tree that grows naturally in the Truckee Meadows high desert, except for along the Truckee River, where water-sucking species such as the Fremont Cottonwood and willows weave a green thread through the city.

Although my training and ideology argued for native species, somehow being Arboretum Board chair altered my perspective and desires.  I began to pay attention to what campus looks like and how people use it.  I noticed classified staff taking their daily constitutionals around the quad between stately rows of towering elm trees.  I watched students play Frisbee on the grass and study on benches beneath shade trees.  I saw docents giving campus tours to prospective students and their families, the tour group clearly surprised and visibly reassured by the greenery and beauty of campus.  I thought of my department's efforts to recruit faculty and graduate students of national caliber, and how important campus visits can be in that process.  Our thought is that if we can only get them to campus, we can "hook them."  I recalled the days when my daughter went to the University daycare and was trundled around Manzanita Lake in the kid wagon.  And summers when we brought her to the Quad for free concerts on the lawn.

I began to realize that a beautiful campus is a valuable asset for a university, both for recruitment and as a pleasant environment for the university community and local citizenry.  It dawned on me that in a desert environment a university campus with lots of trees is a welcome oasis that brings people together, worth the water budget - within reason - needed to support it.

But Monkey Puzzle Trees  . . .  They don't cast shade, and you certainly wouldn't want to sit under them.  Monkey Puzzle Trees (Araucaria araucana), as I found out from Wikipedia, hale from south and central Chile and western Argentina.  And, as I was to learn the hard way in person, they are a fearsome tree with branches and trunk fully armored in evergreen daggers.  It looks like a tree that should be made out of metal for the set of Bladerunner or impale an unwitting victim in a horror comic.  There must be some voracious herbivores in South America for a tree to have evolved such a formidable exterior.  No wonder that in the 1850s, when the tree was shipped to a nobleman's garden in England and became a curiosity, it acquired the popular name "Monkey Puzzle," for, as one chap quipped, it would puzzle a monkey to have to climb it.

So, then, the Monkey Puzzle is a non-native tree that does not provide much shade and can lacerate you if you brush up against it.  Hardly a campus-friendly choice.  Furthermore, the tree may not even survive in our climate (although there is rumored to be one growing near an east-facing wall off of Moana Lane).  Should we really be planting Monkey Puzzle trees at the University?

The answer, YES! ABSOLUTELY!, came to me when I finally realized not just where the Arboretum is, but what an arboretum is.  An arboretum is a museum.  A museum of living plants.  Ah, of course.  A museum.  I get it.  A museum collects things, often from all over the world, and displays them for the public to enjoy and learn from.  A museum is full of curiosities.  And what in the tree-world could be more curious than a Monkey Puzzle tree?  Besides that, ASUN president, Caden Fabbi, is jazzed about Monkey Puzzle trees, and, imo, a university arboretum ought to inspire students.

So, if all goes well, on Arbor Day, April 29, at 1 p.m., against the east-facing wall of a tall, inaccessible concrete planter on the north side of the new Pennington Student Achievement Center, Arboretum Board members and ASUN student representatives will plant a Monkey Puzzle tree.  That is if we can find one, transport it to the University, and jockey it into the ground without becoming cut to ribbons.  That adventure will be the rest of the story and the subject of another UNR Arboretum blog post.

Cheryll Glotfelty is Professor of Literature and Environment in the English Department at the University and is chair of the UNR Arboretum Board.  Her books include The Ecocriticism Reader; The Bioregional Imagination; The Biosphere and the Bioregion: Essential Writings of Peter Berg; and Literary Nevada: Writings from the Silver State. 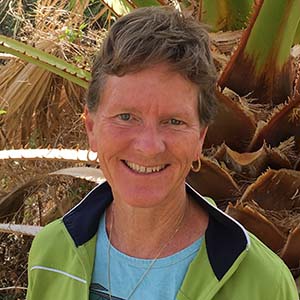 By: Cheryll Glotfelty
Professor of English