Kap's decision: I'm a veteran, and I'm not offended

The author, a professor of management and a veteran who served during Operation Desert Storm, feels no animosity toward former Wolf Pack QB Colin Kaepernick and Kaepernick's decision not to stand during the National Anthem.

During a preseason football game on Friday, August 26, 2016, Colin Kaepernick, quarterback for the San Francisco 49ers, refused to stand with the rest of his team during the playing of the national anthem. You can read for yourself his explanation for his behavior, as well as the official responses of both the 49ers and the NFL at this NFL.com article

Colin earned an undergraduate degree in Management from the College of Business at the University of Nevada, Reno, where I am an Associate Professor of Management. I never had Colin in class, but I've never known a single faculty person to have anything but praise for his character and behavior when he was a student at the University.

On the first day of my nearly 8 great years of service to my country on active duty enlistment in the United States Air Force, I took the oath of enlistment. I affirmed that I would "support and defend the Constitution of the United States against all enemies, foreign and domestic." I served during the time of Operation Desert Storm, but I was never deployed in the theater of combat.

During those years of the Gulf War, I remember TV and print images of people burning the flag of the United States in public. I remember vividly being very proud of the fact that my service in the military helped ensure their constitutional right to express ideas in ways that I personally disagreed with. I never even considered feeling disrespected or offended by someone's choice to burn the flag. I can't recall a single second of anger toward the flag burners, only sincere gratitude that I lived in and had the honor to serve the people of the greatest country on earth.

I was thankful I had been given the opportunity to serve, and honestly, that was the only choice I focused on whenever I saw an image of a burning flag. For the record, I personally didn't like the war, but I wrote letters to my U.S. congressional representative and both U.S. senators from my then home state of Oklahoma asking them to support President Bush during this time.

I wish Colin had chosen another way to express his concerns. Again today, I feel not one ounce of animosity toward Colin for his choice, only the familiar deep gratitude I've never lost being a citizen of the United States of America. My concern today is not for the people who strongly disagree with Colin, because people have that right in this country. My concern is for those who suggest that Colin's behavior was a sign of disrespect to current and former members of our Armed Forces.

I can't speak for anyone but myself, but I am a veteran, and I am not offended. I want to try to better understand Colin's choice, and I want to assume personal responsibility for continuing to change myself, which at the end of the day is the most powerful thing I could ever do to help improve the world we live in.

Originally posted on Bret L. Simmons' blog under the title Colin Kaepernick and The National Anthem. 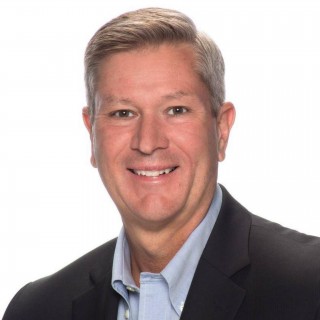 By: Bret Simmons
Associate Professor of Management, College of Business