Since writing my first blog entry on our efforts to begin resettling refugees earlier this year, the Northern Nevada International Center (NNIC) has been busy preparing for the arrival of first refugees.  My staff and I, along with about 50 volunteers, greeted two families from the Democratic Republic of the Congo on Aug. 24 at the Reno Tahoe International Airport.

The most fascinating aspect of the last few months has been to bring stakeholders and volunteers together and recognizing the tremendous outpouring of support from the community.  We decided early on to create an adoption program through which faith and other communities could lend a hand, including collecting furniture, household items, food and clothing for the arriving families. The sponsor of the first refugee family, the Church of Jesus Christ of Latter-day Saints, set a high bar for organizing these drives!  They collected enough items for the next several families and are now offering their lessons learned to other groups in our monthly community volunteer meetings and trainings.

Several of the upcoming refugee families have already been adopted by groups including the Episcopalian Church, the Sparks Christian Fellowship, the Northern Nevada Muslim Center, retired Brigadier General Pam Milligan and her husband Randy, and others.

Public sector agencies, including the Washoe County School District, the Northern Nevada Literacy Council, the Reno Housing Authority, Northern Nevada Community Housing, the Hopes Clinic and many other organizations have assisted in ways that go above and beyond my wildest expectations.  The biggest lessons I have learned that Northern Nevada is made up of welcoming and generous individuals.

And yet, there are still some sceptics who have concerns about why our country and Northern Nevada should be resettling refugees.  If you count yourself among them, please consider these facts about displacement and resettlement:

The journeys of our two Congolese refugee families are difficult to fathom.  They began after the horrendous post-Rwandan civil wars in the 1990s that killed over six million people and ended up here in Reno, where the kids are already attending school, while the parents are taking ESL classes and applying for jobs. The families' journeys are not getting any easier, but at least now they are intertwined with a community that is supportive, an economy that requires a diverse labor force and two families hungry to tackle new challenges. 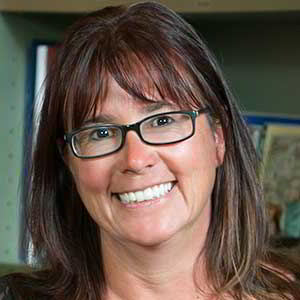