The Chamber Music Society of Lincoln Center returns to Reno in an alluring program blending charm with passion!

Four-hand piano pieces bring musicians as close as they can get to the ultimate in collegial music-making. The piano trio, with just one additional musician, generates all the excitement and passion of an entire orchestra. Romantics Brahms and Arensky mine the full range of these two genres to bring listeners an evening that begins with the wonder of childhood and ends with Brahms at the height of his dramatic powers. 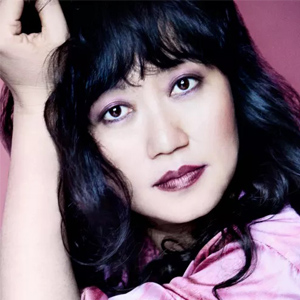 Named Musical America’s Musician of the Year, pianist Wu Han ranks among the most esteemed and influential classical musicians in the world today. Leading an unusually multifaceted artistic career, she has risen to international prominence as a concert performer, artistic director, recording artist, educator and cultural entrepreneur. Wu Han appears annually at the world’s most prestigious concert series and venues, as both soloist and chamber musician. She tours extensively with cellist David Finckel and in trios with Philip Setzer. Together with David Finckel, Wu Han serves as Co-Artistic Director of The Chamber Music Society of Lincoln Center (CMS). Under her artistic leadership, CMS recently celebrated its 50th anniversary as the leading global chamber music institution with three major broadcasting initiatives bringing music to new audiences around the world, via partnerships with Medici TV, Radio Television Hong Kong and the All Arts broadcast channel. She is the founding Co-Artistic Directors of Music@Menlo, the San Francisco Bay Area’s premier summer chamber music festival and institute. The Wolf Trap Foundation for the Performing Arts appointed Wu Han to serve as artistic advisor for its Chamber Music at The Barns series. In this role she will curate programs for Chamber Music at The Barns, performing on the series herself and showcasing some of today’s most important chamber musicians. In the Far East, Wu Han serves as founding Co-Artistic Director of Chamber Music Today, a festival in Seoul, South Korea. Wu Han’s wide-ranging musical activities include the launch of ArtistLed, classical music’s first musician-directed and Internet-based recording company. BBC Music Magazine recently saluted the label’s 20th anniversary with a special cover CD featuring David and Wu Han. Through a variety of education initiatives, she has received universal praise for her passionate commitment to nurturing the artistic growth of countless young artists. Under the auspices of CMS, she also led the LG Chamber Music School from 2009-2018, which served dozens of young musicians in South Korea annually. From 2013 to 2018, she led an intensive chamber music studio at the Aspen Music Festival and School. 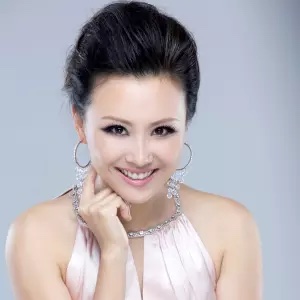 Winner of a 2016 Lincoln Center Emerging Artist Award, as well as classical music’s bright young star award for 2007 by The Independent, pianist Wu Qian has maintained a busy international career for over a decade. She has appeared as soloist in many international venues including the Wigmore, Royal Festival, and Bridgewater halls in the UK, City Hall in Hong Kong, Amsterdam’s Concertgebouw, and the Kennedy Center in Washington, DC. As a soloist she has appeared with the Konzerthaus Orchester in Berlin, the Brussels Philharmonic, the London Mozart Players, I Virtuosi Italiani, the European Union Chamber Orchestra, and the Munich Symphoniker. She won first prize in the Trio di Trieste Duo Competition and the Kommerzbank Piano Trio competition in Frankfurt, and has received numerous other awards. Appearances this season include performances in the UK, Germany, USA, Korea, Australia, Spain, and The Netherlands and collaborations with Alexander Sitkovetsky, Leticia Moreno, Cho-Liang Lin, Clive Greensmith, and Wu Han. Her debut recording of Schumann, Liszt, and Alexander Prior was met with universal critical acclaim. She is a founding member of the Sitkovetsky Piano Trio with which, in addition to performing in major concert halls and series around the world, she has released two recordings on the BIS label and also a disc of Brahms and Schubert on the Wigmore Live Label. Wu Qian an alum of The Bowers Program (formerly CMS Two). 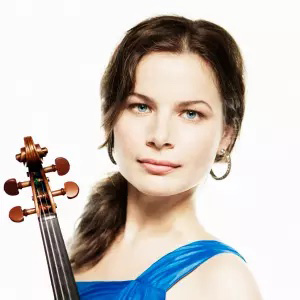 Acclaimed for her passionate, powerful performances, beautiful sound, and compelling command of her instrument, violinist Bella Hristova leads a growing international career that includes numerous appearances as soloist with orchestras such as the Milwaukee and Kansas City symphonies, and Beethoven’s ten sonatas with acclaimed pianist Michael Houstoun on tour in New Zealand. She recently performed ten different works as soloist with orchestra, from Mozart to Sibelius to Bartók, as well as concertos by Florence Price (with the Knoxville Symphony) and David Ludwig (with the Hawaii Symphony and Symphony Tacoma). She has performed at major venues including Carnegie Hall, Merkin Concert Hall, and the Kennedy Center in Washington, DC and has worked with conductors including Pinchas Zukerman, Jaime Laredo, and Michael Stern. A sought-after chamber musician at festivals, she performs at Australia’s Musica Viva, Music from Angel Fire, Chamber Music Northwest, and the Santa Fe Chamber and Marlboro Music festivals. Her recording Bella Unaccompanied (A.W. Tonegold Records) features works for solo violin by Corigliano, Kevin Puts, Piazzolla, Milstein, and J. S. Bach. She is recipient of a 2013 Avery Fisher Career Grant, first prizes in the Young Concert Artists International Auditions and Michael Hill International Violin Competition, and a laureate of the International Violin Competition of Indianapolis. Hristova attended the Curtis Institute of Music, where she worked with Ida Kavafian and Steven Tenenbom, and received her artist diploma with Jaime Laredo at Indiana University. An alum of CMS's Bowers Program, she plays a 1655 Nicolò Amati violin. 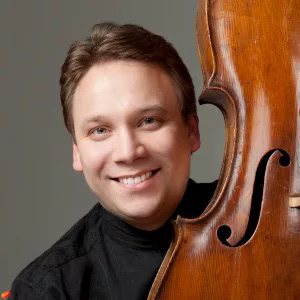