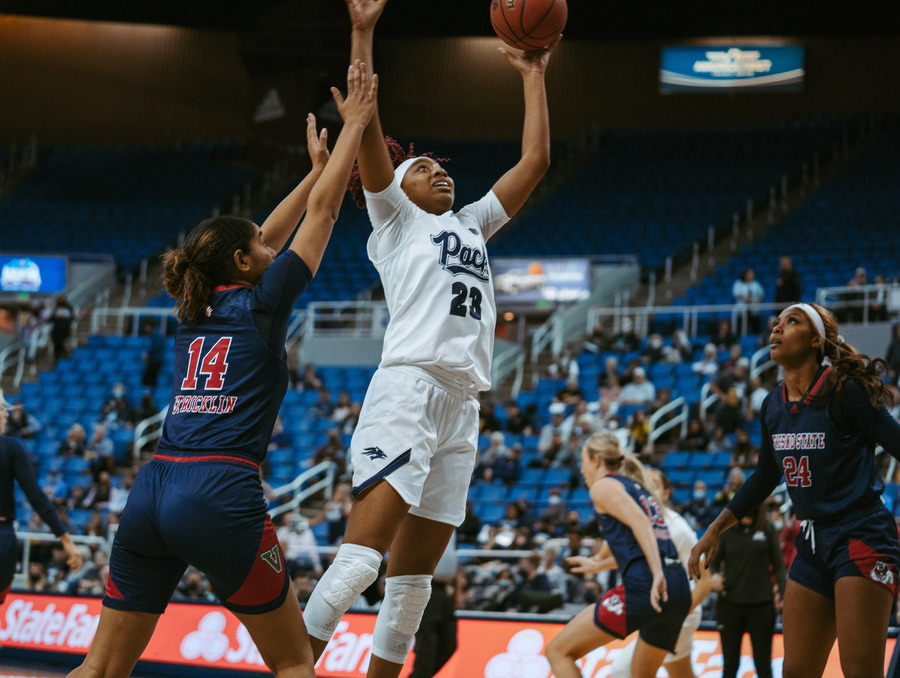 Nevada women's basketball's Mountain West schedule and matchups for the 2022-23 season were announced by the conference on Wednesday.

After returning home for a date with Fresno State (Jan. 21), the Pack travel to San Jose State (Jan. 26) before its first matchup against 2022 NCAA Tournament team UNLV in Las Vegas (Jan. 28). Nevada starts February by playing three of its next four games at home, going up against Boise State (Feb. 2) before traveling to Utah State (Feb. 4) and returning to the Lawlor Events Center to face San Diego State (Feb. 9) and New Mexico (Feb.11).

Season tickets for Nevada women's basketball are now on sale for just $65. Season tickets for youth (8th grade and under) start at just $25 while the Family Four Pack (two adults, two youth) are $37.50 per person. Students receive free admission with their Wolf Card. Go to Nevada Wolf Pack website for more information and to purchase tickets.