Ukraine, horror of the past, terror to the future

Russia has attacked Ukraine and history is repeating itself in this land with a dense past of massacres and devastation. 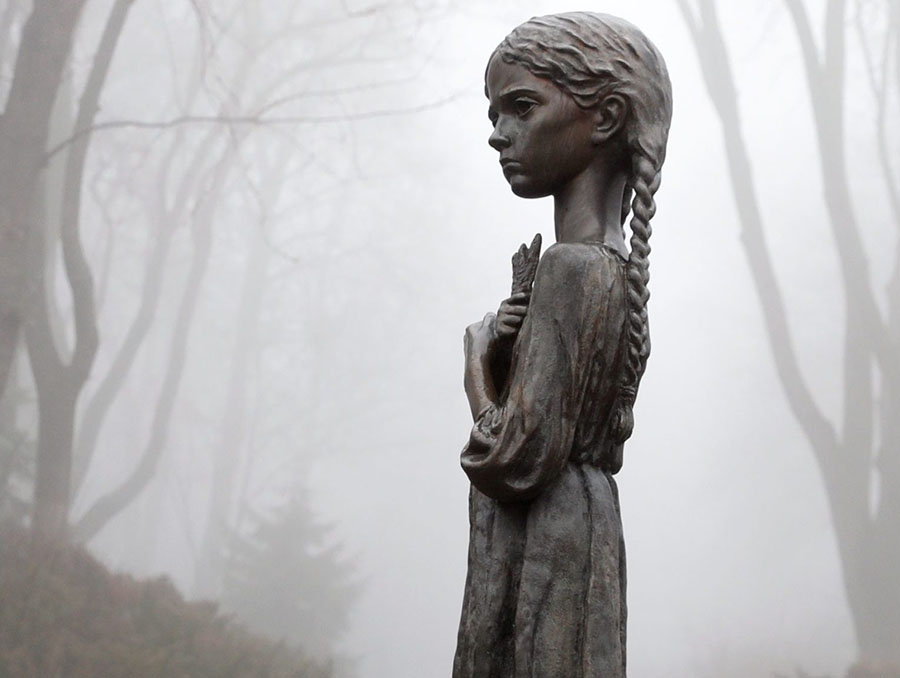 Ukraine, horror of the past, terror to the future

Russia has attacked Ukraine and history is repeating itself in this land with a dense past of massacres and devastation.

“Well, in 1933-34 I was a member of a commission sent out to inspect wells. We had to go to the country to see that the shafts of the wells were correctly in­stalled, and there I saw such things as I had never seen before in my life. I saw villages that not only had no people, but not even any dogs and cats. and I re­member one particular incident: we came to one village, and I don’t think I will ever forget this. I will al­ways see this picture before me. We opened the door of this miserable hut and there… the man was lying. The mother and child already lay dead, and the father had taken the piece of meat from between the legs of his son and had died just like that. The stench was terrific, we couldn’t stand it.” (Ukrainian famine of 1932 and 1933. Hearing before the Committee on Foreign Relations of the United States Senate, August 1, 1984.)

This happened in the Ukraine 90 years ago. At the end of the 1920s Ukraine was “the granary of Europe” and generated 70% of the cereal production of the USSR.

Stalin pushed for compulsory collectivization, and collective farms increased from 7.4% in 1929 to 60% in 1930. Those who refused to “collectivize” their land were interned in camps or executed. In addition, the grain quotas imposed on the Ukraine were increased from 30% in 1930 to 41.5% in 1931 and up to 60% of total grain production in 1932. Contrary to what the five-year plans predicted, collectivization produced in the Ukraine a severe reduction in agricultural output, massive population growth in the urban population, and a marked reduction in the number of cattle (which only in the late 1950s began to approach the levels of 1928).

Rather than accept the strategic failure of the collectivization policy, the Politburo chose to punish areas “suspected of anti-Soviet sentiment.” Vyacheslav Molotov headed the Extraordinary Commission for the Delivery of Grain in Ukraine. The strategy was to implement extremely high production quotas followed by requisitions, fines and provide insufficient supply of seeds through rationing systems.

On August 7, 1932, the law of the three spikes was enacted on the protection of state property (to prevent the sale of agricultural material or the consumption of grain), with penalties ranging from ten years in prison to the death penalty: In five months there were a minimum of 54,000 arrests and more than 2,000 executions. The law of August 1932 prohibited storing food in homes and extended requisitions, and in December 1932 the Central Committee of the Communist Party of Ukraine decreed the withdrawal of the ration supply and the health care system. These measures were accompanied by others: freezing the delivery of goods and credits, demanding the early repayment of financial obligations, a ban on trade, the removal of merchandise and livestock, and a ban on internal mobility through the issuance of safe-conducts. Without being able to flee, most of the population was isolated in pockets of hunger.

All stored grain from the summer of 1929 began to be transported out of the Ukraine. When famine began to take its toll, a second wave of seed seizures was conducted in the fall, so that there would be nothing to eat in winter and nothing to plant in spring. This was done for three years. In 1932, 4.2 million tons of grain were seized. At the same time, the USSR's grain reserves exceeded three million tons and almost two million tons of grain were exported to Western Europe.

The result of all this was the famine from 1929 to 1933 that mainly affected Ukraine, Kuban, Moldavia, Kazakhstan and Belarus.

The first reactions to food shortages were the disappearance of most livestock, followed by dogs, cats and any other forms of animal life. The intake of herbs and roots produced numerous cases of food poisoning. With their parents dead, thousands of unprotected minors wandered through towns and cities in search of food. In numerous cases, desperate parents put their children, in some cases babies, on trains bound for cities hoping someone would take care of them. Most died of cold or even thirst, after spending days or weeks without being attended.

In this context, the consumption of human flesh became a common occurrence. There were cases of bodies stolen from cemeteries, also cases of kidnapping and murder. As Timothy Snyder wrote in Bloodlands, at least 2,505 people were convicted of cannibalism between 1932 to 1933 in the Ukraine. The lucky ones who were discovered eating human flesh were spontaneously beaten by the crowd, some were burned alive.

From 1930, it was easy to detect when acts of cannibalism were being committed by smell, so it was necessary to devour the bodies cold. Bazylii Graniewicz lost his brother Kolya. When the cannibal was arrested, Kolya’s head was among eleven found in his house. Some mothers and fathers killed their children and ate them. In other cases, parents asked their children to make use of their own bodies when they died. More than one minor had to say to her siblings: “Mother says we should eat her if she dies.” True, most of the population did not succumb to cannibalism, but an orphan became “a minor who had not been eaten by his/her parents.”

One of the last functions of the Soviet state was the disposal of corpses. As one witness wrote in January 1933, the task was difficult: “The burial of the dead is not always possible… In the countryside the healthier peasants formed brigades to collect the corpses and bury them. They rarely had the inclination or the strength to dig graves very deeply, so that hands and feet could be seen above the earth. Burial crews were paid according to the number of bodies collected, which led to certain abuses. Crews would take the weak along with the dead and bury them alive. They would talk with such people along the way, explaining to the starving that they would die soon anyway, so what difference could it make? In a few cases such victims managed to dig their way out of the shallow mass graves. In their turn the gravediggers weakened and died, their corpses left where they lay. As an agronomist recalled, the bodies were then ‘devoured by those dogs that had escaped being eaten and had gone savage’.”

We do not know what “ethnic minority”, or “denazification” means in the mind of a person like Vladimir Putin, but Ukraine’s recent past does not allow the Ukrainian population to hold high hopes. The Holodomor was followed by the German occupation (1941-44), and then post-war famines (1946-47) and nearly half a century of Soviet rule. Looking back, nothing allows the people of Ukraine to hope for becoming part of something like the Soviet Union again. Nothing let them suppose that a Russian administration will be in the best interest of the Ukrainian people. Looking ahead, what can Russia offer the Ukraine other than an apology?