The books featured here were written or edited by faculty, alumni or students in the College of Science 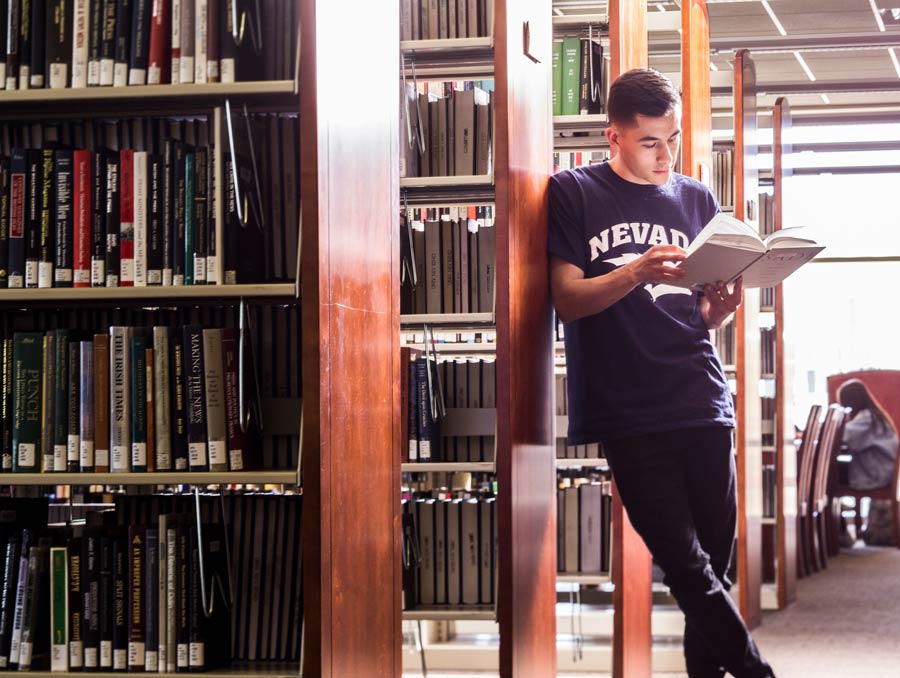 The books featured here were written or edited by faculty, alumni or students in the College of Science

Faculty and students in the College of Science are regularly publishing research in high-impact journals. Maybe you enjoy occasionally browsing technical journals, but if you’re looking for a book better suited for a bedside table – this list is for you. From a hiking guide to an award-winning graphic novel, check out this year’s reading list with titles from College of Science faculty and students ready to be added to your bookshelf.

Chasing Giants: In Search of the World’s Largest Freshwater Fish*

Research Associate Professor Zeb Hogan has spent his career studying the large and exotic fishes that populate rivers and streams the world over. His work has been the subject of television shows, including National Geographic’s Monster Fish with Zeb Hogan. Hogan directs the Wonders of the Mekong project in Cambodia to protect the ecosystems and biodiversity of the Lower Mekong, including many strange and awe-inspiring species. Chasing Giants is dedicated to Hogan’s globetrotting and his efforts to explore and protect life-giving rivers and the species they support.

*Available April 25, 2023 from the University of Nevada Press

A Liberated Mind: How to Pivot Toward What Matters

Professor Steven C. Hayes helped to found the clinical psychology graduate program in 1999. He is also the originator and pioneering researcher into Acceptance and Commitment Therapy (ACT). Beginning with the epiphany Hayes had during a panic attack, this book is a powerful narrative of scientific discovery filled with moving stories as well as advice for how we can put psychological flexibility skills to work immediately.

Base Camp Reno: 101 Hikes from Sage to Snow

Ideally positioned between the spectacular peaks and lakes of California’s Sierra Nevada and the vast and varied Great Basin of Nevada, Reno is an unparalleled hub for exploring the natural beauty and grandeur this region offers. Associate Professor of Chemistry Christopher Barile and his wife, Elizabeth, guide readers on hikes through the dramatic scenery and diverse terrain of ten distinct geographical regions all within no more than an hour’s drive from downtown Reno. Pick up your copy at Sundance Books and Music in Reno or most online retailers.

Felicity Muth is a former postdoctoral scholar in Associate Professor Anne Leonard’s lab. Muth wrote her first book for children in 2021. Am I Even a Bee? is the story of Osmia, a solitary bee, decidedly green and unquestionably un-fuzzy, leaving her confused about her identity. There are around 20,000 species of bees worldwide, and Am I Even a Bee? highlights a handful of species that pollinate human food or are critical for the maintenance of natural ecosystems. With mass insect declines worldwide, now is a critical time for people of all ages to learn about the diversity of bees – children included! Purchase Am I Even a Bee? from Sundance Books and Music in Reno or most online retailers.

Graduate student in geology Lauren Sankovitch has edited comic books for big-name publishers like Marvel and series like The Avengers and Thor. More recently, she edited the graphic novel Run: Book One by the late congressman and civil rights activist John Lewis, which was awarded the 2022 Eisner Award for Best Graphic Memoir. The sequel to the #1 New York Times bestselling graphic novel series March, Run: Book One is the continuation of the life story of Lewis and the struggle seen across the United States after the Selma voting rights campaign. The book gives voice to this often overlooked era of civil rights history and connects the struggles of the 1960s counterculture revolution – the police brutality, voter suppression tactics, and segregationist politics – to the present.

Foundation Professor Emeritus Hyung K. Shin is one of the University’s most published researchers and an internationally respected chemist, but in the pages of this memoir he carries us back to Korea during a pivotal moment in that country’s history. Shin was sixteen years old when the North Korean army invaded South Korea in June 1950. Fleeing his home, Shin soon found himself alone in Pusan, a refugee without resources or any means of support. To save himself from destitution, he lied about his age and volunteered for service in the South Korean army. Shin’s account of the months that followed is a moving record of the Korean War from the perspective of an ordinary Republic of Korea soldier. Through it all, Shin struggles to retain his humanity and pursue his education. In the process, the naïve schoolboy becomes a man. Purchase from the University of Nevada Press or most online retailers.

Wrote a book? Let us know!

Alumni, send us a note about the book you’ve written, and it may be featured in next year’s issue of Discovery! Email discovery@unr.edu

This book list was originally published in the 2022 'Live a Life of Discovery' magazine from the College of Science under the title 'A well-researched book list.'