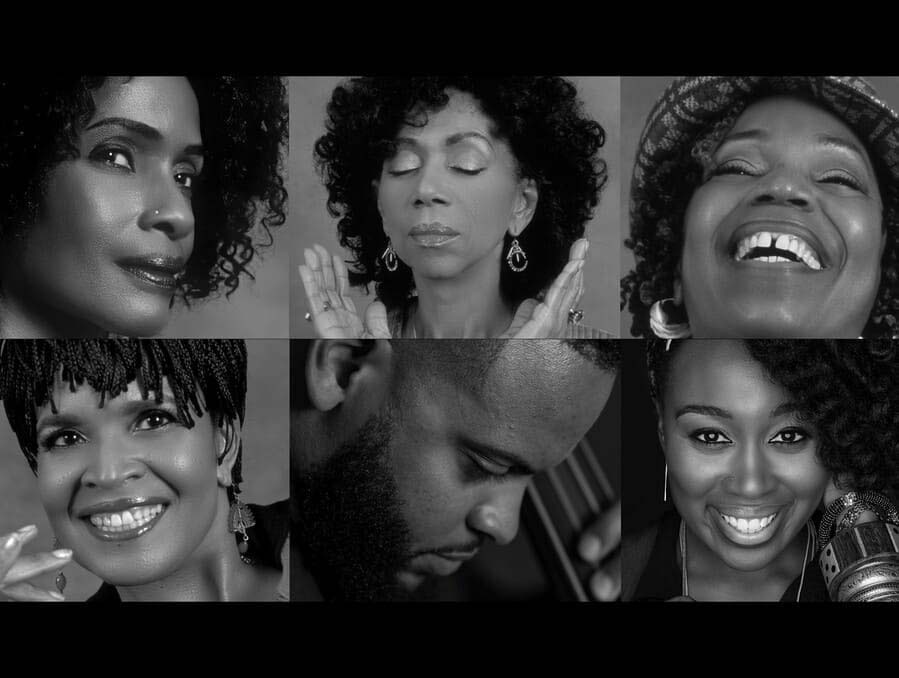 Celebrate the intersection of music, African American culture and exceptional artistry with Sweet Honey In The Rock® during the 60th anniversary season of the Performing Arts Series at the University of Nevada, Reno.

On March 25, 6 p.m. PT, Sweet Honey will raise roofs and collective conscience during their specially commissioned virtual performance. Audience members will have the opportunity to submit questions for Sweet Honey during a live Q&A as part of the event. The performance will remain available on-demand to ticket holders for 14 days.

As a way to make for a truly one-of-a-kind evening, the Performing Arts Series is collaborating with Zagol Ethiopian Cuisine to offer an imaginative take-out menu, inspired by Sweet Honey.

On March 25, just in time for the performance, ticketholders can enjoy a Sweet Honey inspired one-of-a-kind meal for take-out from Zagol. The Sweet Honey Veggie Gebeta ($30; serves 2-3) includes Kilkil, Mesir Wat and Tikil Gomen and the Sweet Honey Meat Gebeta ($45; serves 2-3) includes Ye Doro Wat, Ye beg Tibs and Doro Tibs. Both Gebetas feature chef and owner Shita Yenenh’s favorites, made just for our event. Orders are accepted now through March 25 by calling Zagol’s Manager, Mahlet Ost, at 201-694-8785. Customers are asked to mention that they are a Performing Arts Series ticketholder when placing an order.

Yenenh describes her cooking style as, “real food, made with real love, and passion.” Just like Sweet Honey, Zagol’s menu is packed with cultural meaning and flavor.

Founded in 1973, Sweet Honey has performed at every conceivable major world stage, on international U.S. embassy tours, before Former President and Mrs. Obama at The White House, and at the National Memorial Service for Nelson Mandela at the National Cathedral in Washington, D.C. The band has been the subject of PBS televised programs; symphonies, orchestras and even the Alvin Ailey American Dance Company have commissioned the group for original compositions and scores.

The original members drew the band’s name from the first song they chose to perform together, “Sweet Honey In The Rock,” which refers to a biblical passage that speaks of a land so rich that honey flows when rocks are broken. Founding member Louise Robinson explained, “And we thought it was something like us African-American women… strong like a rock, but inside [there’s] honey – sweet.”

“The band’s 24th recorded album, ‘Love In Evolution,’ clearly articulates the ensemble’s very forward-thinking as an organization, constantly reevaluating how we can express concepts to uplift and create change through our music and concerts,” Carol Maillard, another founding member, said.

“Each performance this season includes something more intimate and engaging than we traditionally would have planned for in a pre-Covid context,” Program Manager at the School of the Arts, Shoshana Zeldner, said. “We’re able to connect with our audience and performers in a much more personal way. By joining us at a virtual event, you’ll support the Performing Arts Series and ensure performing artists across the world keep sharing their talent and inspiration with all.”

In addition to the Performing Arts Series, the School of the Arts presents the Reno Jazz Festival and Lake Tahoe Music Camp as well as world-class visual art exhibitions, musical performances, theatre productions, dance concerts and public arts events presented by the departments of Art, Music, and Theatre and Dance. The School’s degree programs provide a strong foundation in a range of artistic disciplines, enabling students to contribute as artists, educators and scholars at the local level and beyond. Finally, the School, as well as the College of Liberal Arts, encourage broad campus and community participation in the arts through its numerous performances, lectures, exhibitions, core courses and outreach activities that explore diverse cultures and encourage lifelong learning.