Advancing understanding of how our bodies’ systems connect, including the connection of blood flow to dementia 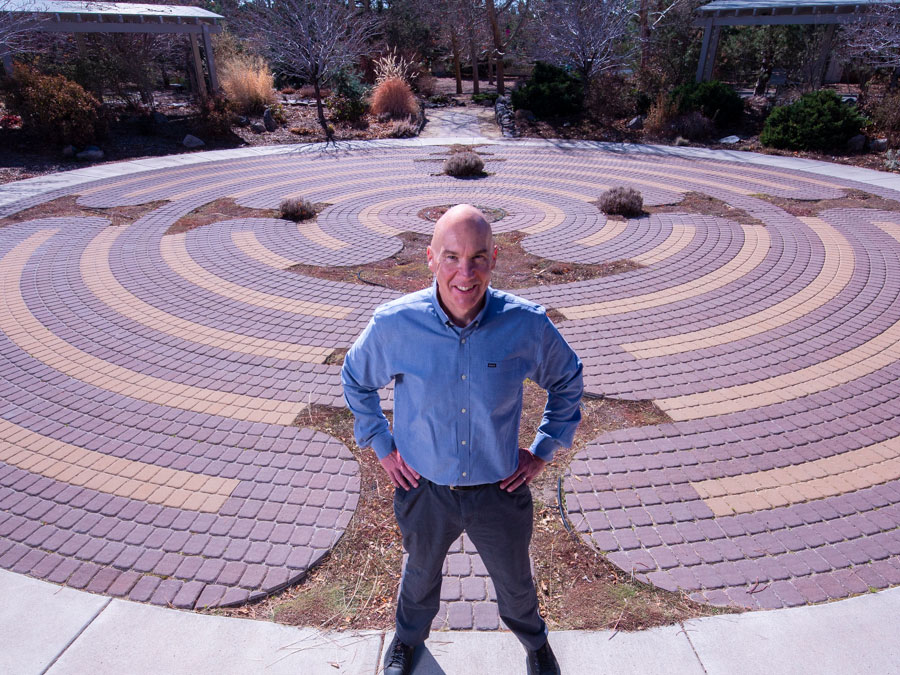 Advancing understanding of how our bodies’ systems connect, including the connection of blood flow to dementia

Scott Earley, professor of pharmacology in the University of Nevada, Reno School of Medicine (UNR Med), developed an interest in ion channels early on in graduate school. As he explains, everything in physiology and our bodies’ functions happens because ions cross cellular membranes: brain activity, heart beating, breathing, digestion, movement … everything.

His research to understand how connections are made between our bodies’ systems has led to scientific advancements and drawn international recognition. Among his top-cited breakthrough is discovery of the mechanism for autoregulation of cerebral blood flow. This important finding has wide-ranging implications for the development of treatments to improve cerebral blood flow in conditions such as stroke hypertension, diabetes, Alzheimer’s disease and traumatic brain injury.

In recognition of his record of scientific contribution, the Nevada System of Higher Education Board of Regents named Earley the Mid-Career Researcher of the Year for 2021.

The Regents’ recognition follows another prestigious award: in late 2020 Earley received an Outstanding Investigator Award from the National, Heart, Lung, and Blood Institute (NHLBI) of the National Institutes of Health (NIH). Known as an R35 award, its purpose is to promote scientific productivity and innovation by providing long-term support to principal investigators whose outstanding record demonstrates an ability to make major research contributions. The R35 supports a research program – rather than a research project – for up to seven years, and provides investigators increased freedom to conduct research that breaks new ground, extend previous discoveries in new directions and pursue research that requires a longer timeframe.

In their nomination of Earley for the Regents’ award, UNR Med Associate Dean of Biomedical Research Lucia Notterpek and Department of Pharmacology Interim Chair Josh Baker noted his development of a cardiovascular center that brings together several researchers with shared interests in vascular biology. The center includes imaging and transgenic facilities that can be used by researchers from around the state. With top-notch talent and state-of-the-art equipment, the team pursues what Earley views as modern, comprehensive physiology research, covering a span of studies from single molecules to whole animals.

Extramural funding earned by the Early lab significantly contributed to the UNR Med Department of Pharmacology being ranked 19th in the nation for NIH funding in 2019. This support includes an $11 million, five-year grant awarded in 2019 through the Centers of Biomedical Research Excellence (COBRE), a highly competitive program of the NIH, to establish an interdisciplinary center for cardiovascular disease, focused on better understanding the molecular and cellular signals that regulate the cardiovascular system.

The COBRE award and additional NIH grants for which Earley serves as principal investigator or co-investigator “have helped strengthen the state’s leadership in cardiovascular research, develop early-career faculty, and significantly strengthen the research infrastructure at UNR,” Notterpek and Baker wrote. “Furthermore, beyond his own research, Scott is an outstanding mentor for faculty members and students, helping them develop research programs, write grants and papers.”

Tom Schwenk, dean of UNR Med and vice president of health sciences, called Earley’s work “brilliant science,” and went on to say, “It is difficult to imagine a higher level of achievement at this relatively early point in his career.”

Earley recently took the time to respond to a few questions about his research and future directions.

What inspired you to pursue your research?

Early on in graduate school I realized that everything in physiology happens because ions cross cellular membranes, so I became interested in the proteins that allow ion flux. These proteins are called ion channels.

Ion channels dictates every aspect of our bodies’ functions. We want to understand this at the cellular level.

A new class of ion channels called the TRP (transient receptor potential) channels had just recently been discovered when I was a PhD student. The TRP channels are the receptors for certain chemicals, including those in hot peppers and mustard. The TRP channels are also sensitive to temperature. I became very interested in these channels and continue to study how they affect blood flow regulation in the brain.

"This award means a lot to our research team, including our current and former members. It recognizes a body of work that we have been developing for about 20 years."

What impact on society do you hope to achieve through your research?

We are exploring the basic core concepts of types of dementia related to impaired blood flow in the brain. This is the second leading cause of dementia, next to Alzheimer’s Disease.  It becomes more common with age. This could present a huge burden to the health care system and society in general because the U.S. population will get older in the coming decade.

We take a multi-layered approach to understand the function of molecules that were previously undiscovered.

I also hope to continue to train and inspire the next generation of scientists.

What future plans do you have for your research?

What I want to do is contribute to understanding the connection between bodily systems; for example, how dementia connects to blood flow. Basic science discoveries like this ultimately impact treatment strategies and help people maintain quality of life.

It’s a privilege to do this work. I have the best job in the world.