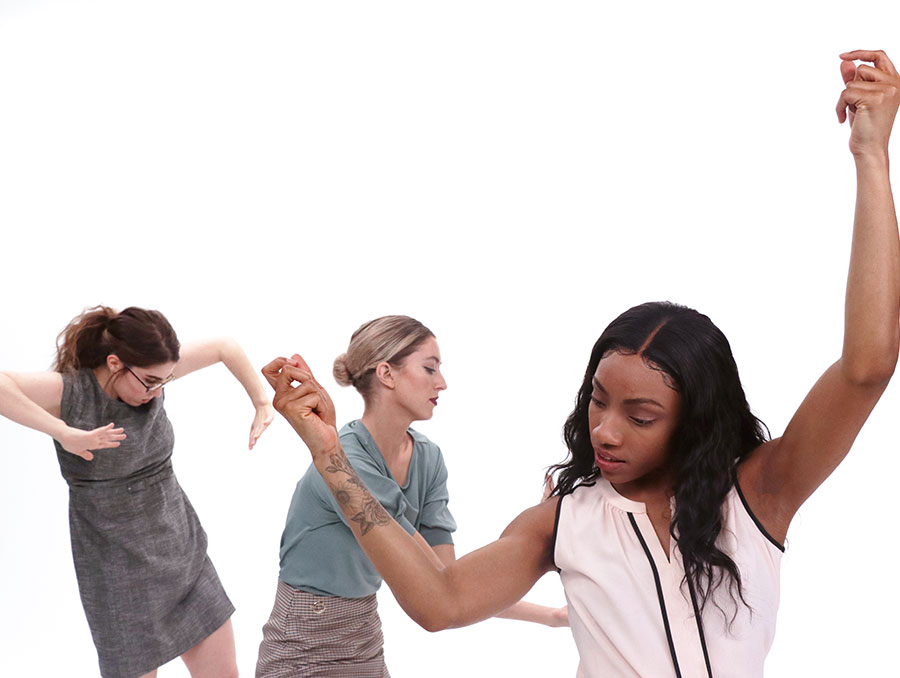 Sabbaticals – a dedicated time set aside for academic faculty to focus on research and creative activity. Some use it wisely and others like School of the Arts Associate Professor of Dance Rosie Trump, spend the entire time creating a short dance film to feature in dance festivals across the globe. Trump’s newest short film, “People in Cities,” will soon be featured in the 2021 San Francisco Dance Film Festival Oct. 15-24, as part of the “Screendance Shorts Programs.” The film festival is a hybrid event featuring chosen dance films screening in select theatres as well as performances streaming online.

The four-minute film features four dancers, all of whom are alumni of the University of Nevada, Reno and were dance majors and former students of Trump.

“People in Cities” is actually the second work in a series. In 2016, Trump created “Women in Cities,” which debuted her talent for stop-motion photography. This film was inspired by Robert Longo’s “Men in the Cities,” where drawings are based from photography and applied movement. Trump aspired to bring out movement within still images, which then became the basis for these short film projects. She used still photography, while dancers helped bring the photos to life through movement.

Trump felt that because “Women in Cities” achieved such international success, there was more to explore in that project.

“I wanted to see what other techniques I could use,” said Trump, who directed, choreographed and edited the work. “That’s where this collage technique came into play in ‘People in Cities.’”

Trump sourced images from photography books including an architectural manual from the 1960s and a collection of aerial photographs from San Francisco in the 1970s.

“The images have implied nostalgia that works for the project and the dancers are costumed in a way that supports the images,” Trump said.

Not only did she make good use of her sabbatical, but also of her time spent in isolation during the height of the COVID-19 pandemic. Trump began the process of creating “People in Cities” by casting a group of local dancers. They held rehearsals to practice the movement they desired to use in the film. Then Trump spent around 140 hours producing the film using 3,000 photographs. She used the services and technology offered in the @One Digital Media & Technology Center in the Mathewson-IGT Knowledge Center for green-screen filming and studio editing and production.

The film was completed in 2020 and had its first screening in March 2021. The San Francisco Film Festival will be the film’s seventh debut and the most prestigious screening.

“It’s basically a top-five festival in the U.S., so it’s been a dream to get work selected for this festival,” Trump said.

Trump’s film festival debuts aren’t over yet though. She is currently working on an evening live-work project that was delayed because of the pandemic. She also hopes to explore other techniques in the future using stop-motion photography.

Trailer for “People in Cities"

Researchers analyzed over 1,500 dentitions and found no evidence that Native Americans came from Japan

" “These people did not come from Japan – but further north where they were sculpted by the last glacial maximum.”