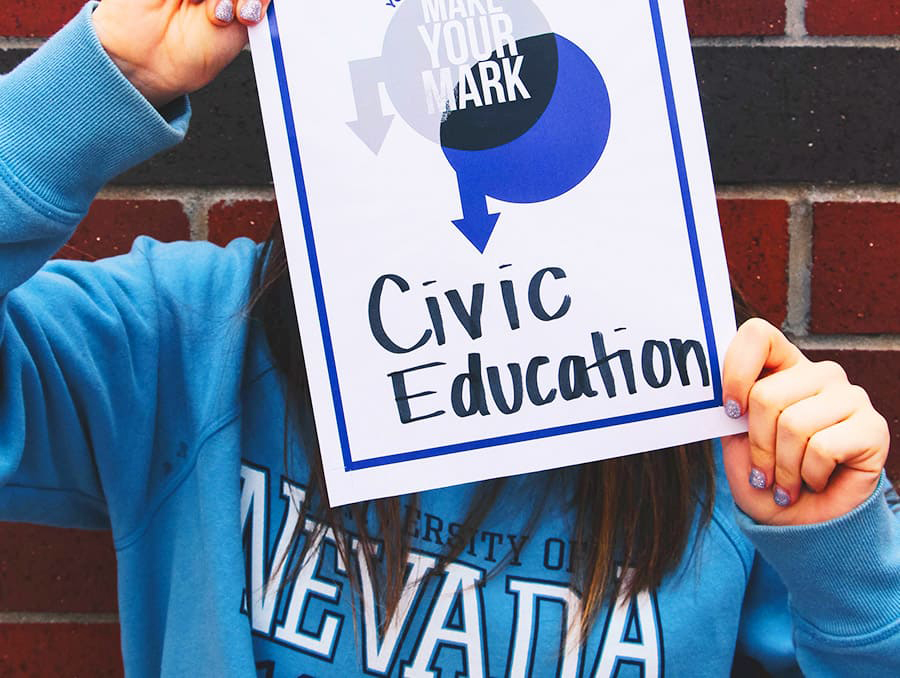 In response to various political issues such as immigration, and new policies instituted by the Trump administration, some teachers implemented new curriculum in their classrooms that resisted those changes, a study found. Teachers also strove to cultivate students’ critical awareness, political efficacy and commitment to political action.

In her peer-reviewed article, “Multicultural citizenship education as resistance: Student political development in an anti-immigrant national climate,” Cristina Lash, assistant professor of Educational Leadership at the College of Education and Human Development at the University of Nevada, Reno, concludes that major political events, like elections, can be catalysts for resistance through multicultural education.

The article bridges existing theories of citizenship education and resistance in education to analyze the contextual factors that sup-port the adoption and sustainability of multicultural education in schools, speciﬁcally from the perspective of teachers. It was published in the September issue of Teaching and Teacher Education, a science journal of Elsevier.

Lash’s case study examined the actions of teachers who have used new approaches to multicultural education to better educate their students in response to modern political issues.

“This study is grounded in resistance theory, which has traditionally looked at the ways that students resist practices in their schooling environment that might be harmful to them,” Lash said. “Traditionally, resistance may look at how students resist a curriculum that is exclusive by dropping out or pulling out from the academic environment. We see other students who have a more positive form of resistance. But what I saw was that resistance wasn’t applying to teachers.”

For her case study, Lash interviewed six English and Social Studies teachers at a middle school in California who had all implemented changes to their curriculum to respond to new national policies instituted by the Trump administration. Teachers used new techniques to connect the students’ experiences and fears regarding changing immigration policy to modern political conversations. This included changing the reading selection in an English class and asking the students to write an essay on their opinions on recent political actions, causing the students to research national issues that were relevant to their personal lives.

Lash found that instead of being perfectly neutral, the teachers were open about responding to political changes, having conversations with students, and supporting students in making the changes they wanted to see in the world. Some even helped the students take political action and organize walkouts.

“This was a setting in which the majority of the students were Latinx, and many of them are second-gen, many of them were children with immigrant parents,” Lash said. “Suddenly, this broader policy dialogue at the national level was sparking visibility of that community in a way that wasn’t there before. Teachers wanted to address issues of safety and belonging of their student population, and that meant they made significant changes to the way they constructed their curriculum.”

Lash was invited to share her insights this fall at George Washington’s Mount Vernon's "Founding Debates," which included a panel presentation about the importance, history and modern challenges of civic education. The panel in September included experts spanning across areas of history, political science and education, where Lash could bring her expertise on the ability to testify to the effectiveness, or lack thereof, of modern civic education for the country’s diverse student body.

“It’s such an honor,” Lash said, “to present at Mount Vernon, George Washington’s homestead, where we see the whole idea of who we are as a nation come into creation. The setting was so symbolic, and where we began as a nation and where we are now. The outcome of the conversation has potential to be very impactful for the community.”

Lash is an assistant professor of K-12 Educational Leadership at the University of Nevada, Reno. Her research focuses on issues of equity and inclusion within ethnically and linguistically diverse schools. Utilizing critical social theory and ethnographic research methods, Lash investigates how educational leaders can create school environments that help underserved and marginalized students feel they belong in school and in the nation.