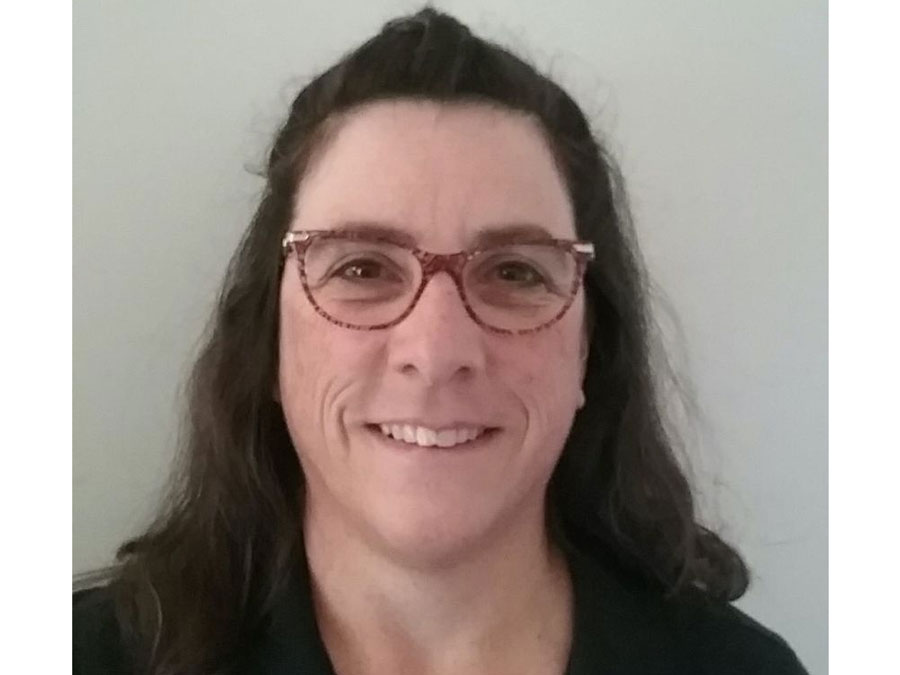 We are kicking off our January 2021 member highlight with Kerry Thompson! Founder and lead mentor for the FYRE robotics team!

Kerry Thompson is an educator with 25+ years of experience teaching science and mathematics to students in grades 6-12 as well as in community college. She is also the lead mentor and founder of the FYRE Robotics Team Number 5480, Reno’s first FRC (FIRST Robotics Competition) team founded in 2014 and sponsored by the Innevation Center Makerspace. On top of this, Kerry has just launched her online homeschooling business called Ohm’s Learning (https://www.ohmslearning.com/) which “teaches math and science to highly and profoundly gifted students.”

Kerry Thompson has been a member at the Innevation Center since 2018, though most other members have probably never met her. That’s because Kerry, her fleet of mentors, and their high school FRC (FIRST Robotics Competition) team are only here for a few months out of the year, and only after hours. When they are here, it is full work mode. During the FRC build season from early January to the end of February, the FYRE Robotics Team Number 5480 is here six days a week for four to eight hours per day building their robot. Their build season will look different this year with social distancing requirements and remote challenge opportunities, but students are excited for the competition season that kicked off Saturday, Jan. 9.

Kerry moved to the Reno area in 2013 and was immediately approached by Nevada’s FIRST coordinators to start a community FRC team in Reno given her five years of experience as an FRC mentor in Florida. Having been here for only a few months, Kerry wasn’t quite ready to jump back into FRC, but the commitment of students eager to take on FRC after growing out of FIRST Lego League (a competition for grades K-8) changed Kerry’s mind, and she agreed to lead Reno’s first FRC team which competed in the 2015 season.

FRC is a huge undertaking, and FYRE fundraises roughly $25,000 every year to cover registration, robot, and travel expenses. Given the time and money needed, FRC is a massive commitment for both students and mentors, and Kerry has been doing this for the last 12 years. So what exactly is FRC, and why do Kerry and her team of mentors come back year after year, sacrificing two months of their lives outside of work to help kids build a robot?

FRC stands for the FIRST Robotics Competition which is the premier competition hosted by the FIRST (For Inspiration and Recognition of Science and Technology) organization; their smaller competitions include the FIRST LEGO League and FIRST Tech Challenge which uses a 18 inch cubed robot compared to FRC’s four-foot-square behemoths. “FRC is a varsity sport of the mind,” says Kerry. “It’s a real-life engineering challenge that gives you too little time, too little money, and too big of a challenge to try and solve.” Founded by Segway and home dialysis system inventor Dean Kamen, FIRST’s goal is to change the culture of the United States to make engineers and scientists as cool as athletes. This ethos shows in the competitions – they are huge events with scores of spectators, loud music, cheering teams, singing, dancing, and more.

“Giving students the opportunity to be a part of an FRC team is a life changer [for them]” says Kerry. She’s had a student that went from being too shy to speak to winning statewide awards, and a student who got to meet a Nobel Peace Prize winner through their work in FIRST. “It’s not just about the robot” says Kerry, “they learn how to budget, they learn how to talk to adults, they have to do presentations, they have to do fundraising. They have to learn how to work with each other under stressful situations and with time constraints.” Learning all of these skills while still being in high school is life changing for what students can accomplish in their futures. As robotics grows in the region, Kerry reiterates the importance of FRC teams being student driven so that students are truly invested in their work. Mentors are really there to ask the right questions and help students learn to use available design tools.

Going into 2021, Kerry has two critical asks of our community for FYRE to continue to thrive –financial sponsorship and a permanent home for their team. During the build season, the Innevation Center provides access to the Makerspace as a build space, and the new K-12 Robotics Center | University of Nevada, Reno provides a test facility. However, their team exists year-round. They need a space to permanently store their robots and supplies and to hold informal meetings in both the on and off-season. Participation in FYRE is completely free to students, and they are currently raising $40,000 to fund their ability to participate and go to competition this year and next. Learn more about FYRE or becoming a sponsor by visiting their website or contact Kerry by e-mail.