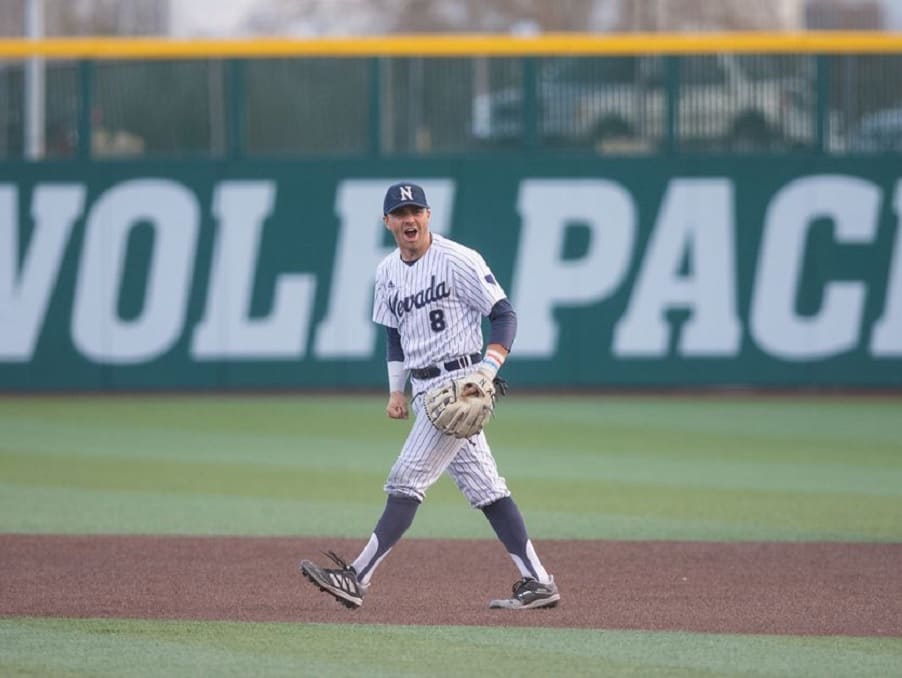 Nevada returns All-Mountain West selections Tyler Bosetti, Dario Gomez, Cam Walty and Joshua Zamora. Bosetti is coming off a dominant junior campaign where he earned Second-Team All-American honors from Collegiate Baseball and ABCA/Rawlings to go along with All-Mountain West First Team accolades. The Vacaville, Calif., native started all 45 games for the Wolf Pack, and set single-season career-highs in nearly every offensive category including batting average (.328), hits (64), doubles (22), triples (3), home runs (11), RBI (47) and runs (46). His 22 doubles ranked 10th in the nation, and he is fourth nationally in doubles per game, averaging 0.49 per contest. Bosetti batted .382 in conference play and led the team in RBI, doubles and runs scored. In May 2021, Bosetti grabbed national headlines after hitting a home run in nine consecutive games, which broke an NCAA record that had stood for 30 years.

Dario Gomez (2021 All-Mountain West First Team) also returns for the Pack after boasting a breakout 2021 season. After transferring from San Joaquin Delta College, Gomez was consistent all season, starting all 45 games in center field and ranked seventh in the nation in hits per game (1.67) and batted .393 in his first season with the Wolf Pack. The Las Vegas native led the team with 75 hits on the year and totaled 24 extra base hits including six home runs, 16 doubles and two triples. Gomez drove in 37 runs and scored 45 more. Gomez ranked in the top 10 in the Mountain West in batting average, runs scored, hits, doubles, at-bats, sacrifice bunts and stolen bases. On the defensive side, Gomez posted a .985 fielding percentage.

Cam Walty (2021 All-Mountain West First Team, Collegiate Baseball Freshman All-American) returns to Nevada after a monstrous rookie season on the mound. The right-hander was one of the Pack's best starting pitchers in 2021 and was recognized for his strong pitching on May 10 when he was named Mountain West Pitcher of the Week after earning a win over UNLV and throwing a season-high 7.0 innings and giving up just two earned runs on four hits with a season-high nine strikeouts. Walty made 12 appearances in his rookie season with 11 starts. Walty went 5-3 on the year with his five wins tied for most on the team and third-most in the Mountain West. His 4.02 ERA led the Pack and ranked fourth in the conference.

Joshua Zamora (2021 All-Mountain West Second Team) enters his redshirt senior campaign after playing in 42 of the Wolf Pack's 45 games, making 41 starts between third and second base. Zamora hit .290 on the year with 47 hits in 162 at-bats while collecting 21 extra base hits, including 12 home runs, seven doubles and two triples. His 12 home runs were tied for third-most in the Mountain West. The Foothill Ranch, Calif., native drove in 26 runs and scored 38 while drawing a team-high 25 walks, which were seventh-most in the conference. Zamora registered a .580 slugging percentage and recorded 12 multi-hit games.

Head Coach T.J. Bruce tabbed his second Mountain West Coach of the Year honor after leading the Pack to its first conference title since 2018.

Nevada opens the 2022 regular season on Feb. 18 at Grand Canyon.