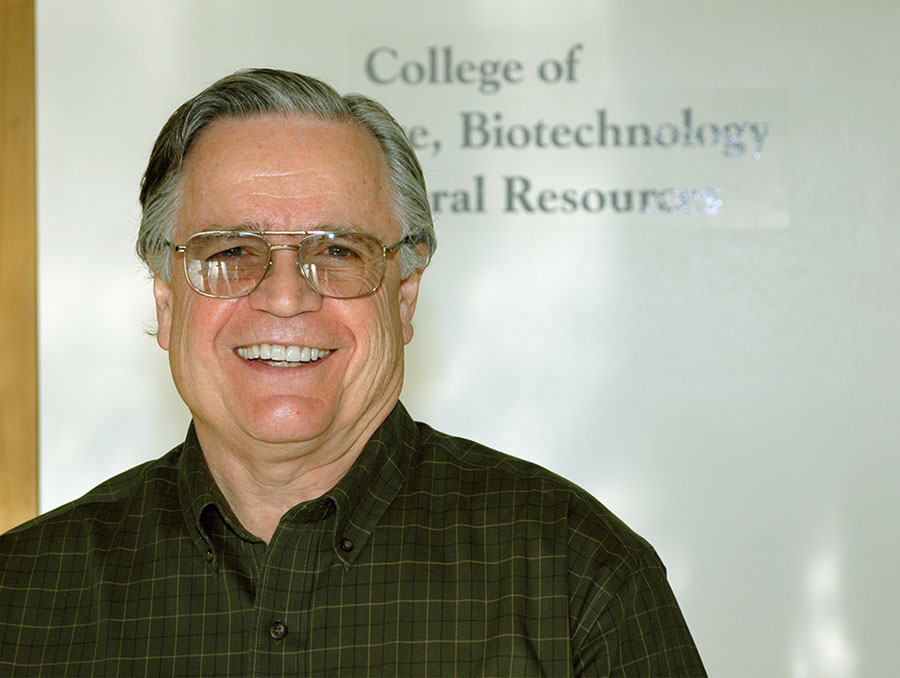 David Wilson was a professor emeritus of nutrition with the College of Agriculture, Biotechnology & Natural Resources. In addition to his contributions as an instructor and mentor, he was celebrated for his work in multiple areas, including how the amount of folate, a B-vitamin, correlates with breast cancer; the health benefits of red wine consumption; and the interactions of folate metabolism and aging. Wilson passed away in February.

After being recruited to the University’s Department of Nutrition in the early 1990s, Wilson became an integral part of the department as a professor and advisor to undergraduate, graduate and international students. He and Stan Omaye, who was the department chair at the time and is now a nutrition professor in the department, collaborated on the first superfund grant in Nevada to study the health effects of mercury contamination from gold mines.

“What I remember about David was he was very caring about the students he came into contact with and wanted to equip them with the tools to be successful,” Omaye said. “Students found him to be challenging and extremely knowledgeable.”

During his tenure at the University, Wilson also assumed responsibility for directing the department’s two accredited programs, the Didactic Program in Dietetics and the Dietetic Internship Program. At the time he ran the Dietetic Internship Program, it was the only one in the state, and he worked to place interns at hospitals in the Las Vegas area.

“He had a great appreciation for the applied nature of nutrition,” Jamie Benedict, chair of the Nutrition Department, said. “It was a characteristic that he attributed to his mother, who was also a dietitian.”

Prior to his career in nutrition, Wilson received a doctorate degree from the University of California, Berkeley in romance languages. He subsequently received a Fulbright Scholarship to further his studies in France before taking a faculty position at Simon Frazier University in British Columbia, Canada. After he returned to the United States, he earned his doctorate in nutrition science from the University of California, Davis.

Wilson’s most recent publication was a collaboration with Ron Pardini, a former dean of the College and an emeritus professor in the Department of Biochemistry & Molecular Biology, on nutritional intervention with omega-3 fatty acids in the case of lung sarcoma, a type of cancer that occurs in bones and soft tissues. They reviewed the case of a 78-year-old man with lung cancer who, instead of chemotherapy, elected for nutritional intervention by increasing intake of omega-3 fatty acids and lowering intake of omega-6 fatty acids. This work meant a great deal to Wilson, especially since he developed cancer.

“He was a gourmet cook and enjoyed entertaining guests at his home with gourmet meals and fine wine,” said Chris Pritsos, associate dean of research for the College and director of its Experiment Station. “David held his students to high standards and inspired them to reach their potential.”