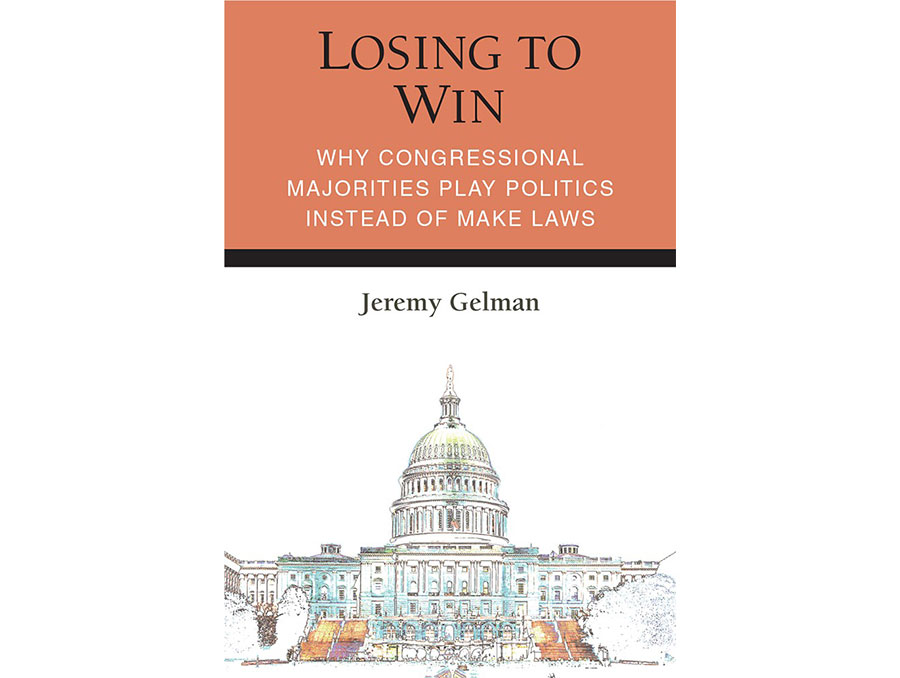 Professor of Political Science at the University of Nevada, Reno, Jeremy Gelman spent years of research and analysis to write his recently published book, Losing to Win: Why Congressional Majorities Play Politics Instead of Make Laws. While many people criticize Congress for being broken, Gelman claims that the situation is much more complicated rather than what appears to be two major parties arguing with each other instead of passing laws.

“This book is about why congressional and majority parties spend time or give agenda space to some ideas and not others,” Gelman said. “The way I studied it was by looking at the bills that were slated to fail and thinking about the politics of why the parties focus on failure instead of ideas that could be successful.” His research also looked at how parties use Dead on Arrival (DOA) bills to gain power for their bills that can be used at a later date when the bill is more likely to pass.

Gelman said the popular belief is that Congress is dysfunctional and that Congress invests a lot of resources into writing detailed bills that never go anywhere. This is what inspired Gelman to write his book. He wanted to find out why Congress seems to move at a slower pace than any other organization. As it turns out, Gelman found out that DOA bills are a way for majority parties to show the amount of support their issue gets because Congress still has to vote on it. It goes on record that there is support for the DOA bill, political parties gain more power and funding from interest groups and in turn, the interest groups have a better chance of the bills being passed into law at a later date.

Gelman said a lot of DOA bills currently are from democratic parties, who do not have unified control at the moment, but do control the House. If the Democrats win the presidency and Senate majority in November, these DOA bills could be voted on again and perhaps passed into law.

It's in these situations that DOA bills are most common. “You see all sorts of other bills showing up, like to reform the postal service, a big green infrastructure bill, D.C. statehood – all of these things make a lot of sense in the context of the book because Democrats think there's an okay chance they’ll pass.” This is especially true because the democratic parties pushing these bills forward need the electoral vote from the interest groups and their members.

“This is sort of like the perfect storm for these bills to show up on the agenda,” Gelman said.

Gelman explained that while he did a lot of research on DOA bills, his book is more about what Congress chooses to talk or not to talk about. “It gets at the more nitty gritty, detailed aspect of what's going on in Congress,” Gelman said.