Despite closed campuses and social isolation, student media is continuing to keep their community and campus informed 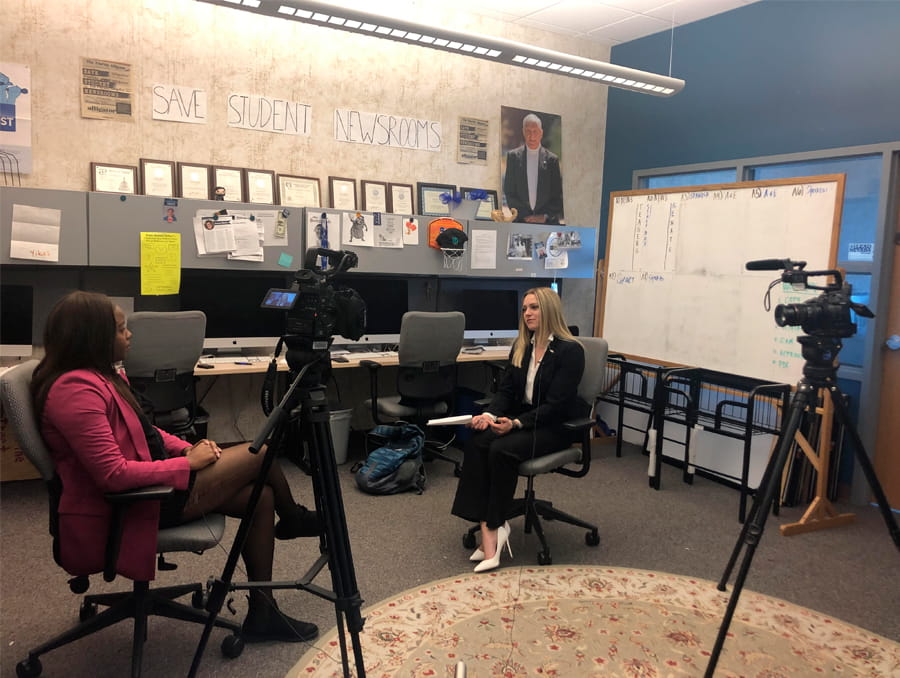 Despite closed campuses and social isolation, student media is continuing to keep their community and campus informed

Early in March 2020, the University of Nevada Reno moved the majority of its operations and all of its classes online as COVID-19 spread into the state. Student, then local media, quickly broke the news online, informing the campus community of the change. The Nevada Sagebrush, the campus student-run newspaper, was the first to officially break the story.

“A lot of the major updates that came out of the last couple of weeks, we broke them first, which I'm really proud of,” Olivia Ali said. Ali, a junior at the Reynolds School of Journalism, is the editor-in-chief of the Sagebrush.

In college communities, student-run papers provide vital coverage to students, faculty, staff and administration. However, outlets like the Sagebrush, do more than report the news for campus. They perform an important public service.

“When I worked at Sagebrush, we did a lot of reporting that we'd want the public to notice,” Brian Duggan said. “If you're a student journalist, you should go to work every day knowing that people will be reading your story, even people who aren't on campus.”

“I think whenever you're publishing journalism, it doesn't really matter if you're a professional or student journalist, you're still performing a public service regardless.”

One student reporter, Andrew Mendez, has spent his time in social isolation serving his community. A bilingual reporter for Reno’s NPR affiliate station, KUNR, the Spanish-language editor for the Sagebrush and a reporter for the Reynolds School’s bilingual journalism initiative, Noticiero Móvil, Mendez fills the gaps in coverage major local outlets are unable to.

“It's a way for us to inform our community and get those voices heard that other news organizations might not have been able to do,” Mendez said. “It’s something we're all trying to do the best we can.”

Local media professionals like Brian Duggan are aware of the work student reporters lIke Mendez are doing to inform the community.

“Student media brings coverage to populations and communities that may not get the kind of coverage that other topics get,” Duggan said. “We just don’t have the resources to do it.”

While some individuals are making and donating masks to hospitals and healthcare officials, reporters, like Mendez, are continuing to inform the public and college communities about the trial they are facing together.

“We're trying to uplift one another because we understand the struggles we're all going through right now with this pandemic,” Mendez said. “We’re just trying to provide the best coverage we can for our community.”

ITS Logistics funds new Logistics Program in the College of Business