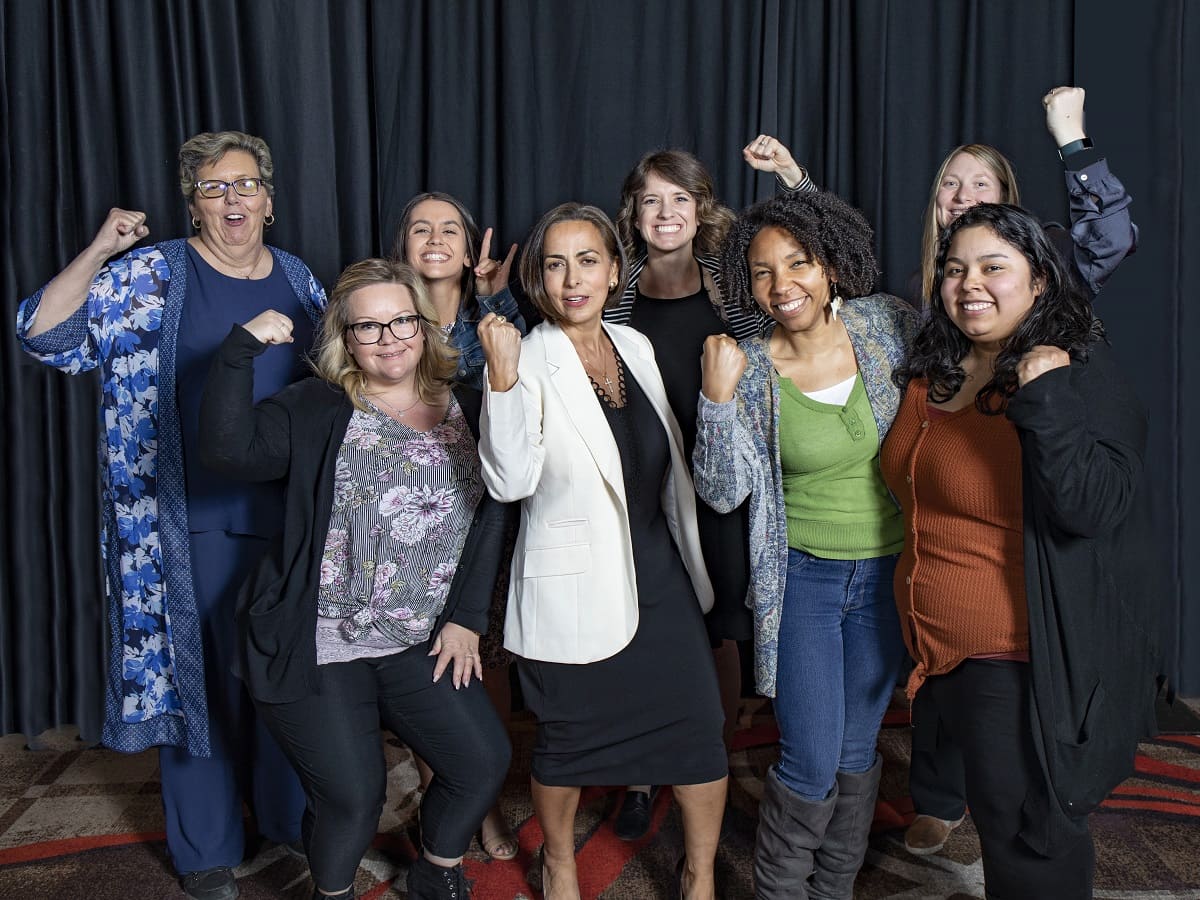 On March 10, the University of Nevada, Reno School of Social Work hosted Celebrating Social Work Leaders at the Nugget Casino and Resort. Over 180 people, representing many agencies and most geographic locations within Nevada, attended in honor of Social Work Month and the School’s first year as an independent academic unit to recognize some of the greatest social workers in the state of Nevada. This inaugural event was received with great enthusiasm by the social work community – the general sentiment shared by those in attendance was that “the event made them feel proud to be social workers,” and that it felt like a reunion for many of the social workers in the state. These sentiments confirmed the goal of event, which was to elevate the social work profession and professionals within the community.

A half hour of open networking, complete with heavy appetizers and drinks, was followed by a State of the School address by Founding Dean, Shadi Martin. She outlined the accomplishments of the first year and highlighted her vision for the School of educating a diverse group of skilled social workers who will go on to provide leadership across the state and nation. Following her address, eight awards were presented:

Awardees were chosen by the School’s Community Advisory Board, who were not eligible for nomination, from amongst a robust group of nominees. Mariana DuBose, the new President of the School of Social Work Alumni Chapter, announced the Chapter’s formation and its first events and encouraged any Alumni or friends of the School to join the group. One attendee also won tickets to a Kenny Chesney concert, kindly provided by the Nugget Resort and Casino.

Due to the COVID-19 outbreak, which was announced as a pandemic only the next day, participants were encouraged to observe social distancing and greet each other with elbow or shoe taps in place of handshakes or hugs. Hand sanitizers were placed around the venue, and attendees checked in, so contact tracing could be done if necessary. Thankfully, no attendee has reported COVID-19 symptoms.

The event was a great success, and the School of Social Work looks forward to continuing this event annually.