Undergraduate researchers are using their scholarship to rethink a controversial topic 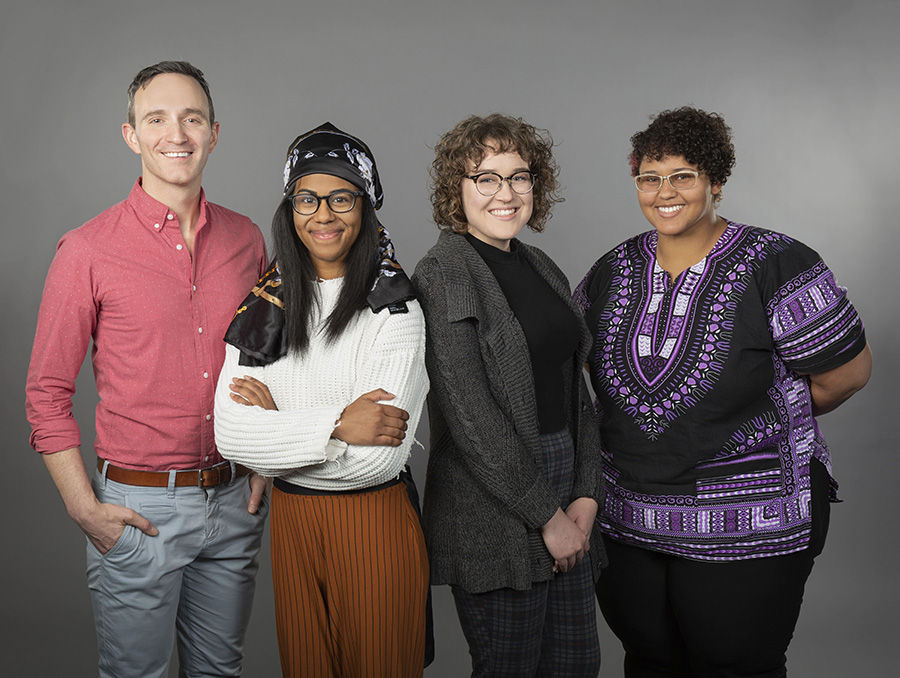 Undergraduate researchers are using their scholarship to rethink a controversial topic

People have turned to philosophy to work through tough problems for thousands of years. In fact, it could be said that philosophy, by definition, is nothing more than the exploration of life’s difficult questions. Under the guidance of Teaching Assistant Professor of Philosophy Jason Fisette, three undergraduate philosophy students are working towards a publishable article tackling a question that has divided Americans for more than a century: reparations for African Americans.

According to Fisette, towards the end of the Civil War, General William Sherman was under orders to give freed slave families forty acres of land each (this is the origin of the common phrase “forty acres and a mule). The Union also setup the Freedman’s Bureau which was to transfer seized Confederate land to the families of freed slaves, but both forms of reparations were revoked by then President Andrew Johnson.

For Fisette, the writings of Immanuel Kant are a strong argument for reparations as Kant did not believe there to be a statute of limitations on historical injustices.

“Slaves were deprived of what Kant might call, ‘the material conditions of the possibility of their freedom,’ by which I mean that they were not in control of their bodies and therefore did not earn wages for the labor of their bodies,” said Fisette. “How do we right that wrong? By correcting the deficits in the material conditions of freedom for many African Americans, such as the well-documented wealth gap, that ultimately stem from wages lost to slavery.”

According to Jaylin Hendricks, a double-major in philosophy and economics, many of the arguments against reparations are logistical, but she says, there are plenty of historical examples of reparations programs being successfully implemented, including in the U.S.

“These arguments emphasize how it is ‘too difficult’ to calculate and distribute what appropriate reparations would consist of,” she said. “I have realized this concern in itself shouldn’t morally delegitimize the claim African Americans have to reparations, and there are additionally a vast amount of unique, practical proposals that address these concerns.”

Another common argument against reparations is that it would exacerbate race relations in the U.S. by upsetting whites and other Americans who would not receive reparations. Again, Fisette sees Kant as a useful thinker to return to when dealing with these kind of difficult questions.

“For Kant, certain things are right or wrong — full-stop,” he said. “So, Kant would not deny that there may be some fallout from pushing for slavery reparations. But his point would be, as the old Latin legal phrase goes, ‘let justice be done, though the heavens fall.’”

For Prism Zephyr, an undergraduate student majoring in philosophy, arguments about logistics and race relations miss the reality that injustice has been done and continues to be done to actual people. As an African American, Zephyr believes they have seen and experienced these injustices and believes reparations is the right solution.

“To us, there is obvious knowledge that two otherwise unaffiliated black people can relate to, such as the various forms of racist acts in America, but also, non-black people mostly fail to realize or to simply keep in mind the knowledge we have about being black in America,” they said. “I’m interested in reparations because, if I’m encountering all these emotional, mental and physical tolls, and this is a universalized experience among African-Americans, then I have a moral duty to help better the lives of others, and I think that the proper long-term reparations program can do just that.”

These researchers hope their work can add to the growing argument for reparations and Hendricks believes academics in the humanities will play an important role in that push.

“I think it’s easy for people in general to become wrapped up in their own lives and perspectives and forget about (or even ignore) the unique challenges other individuals face,” she said. “The humanities prioritize critical thinking about all perspectives of issues. They encourage people to critically think about these issues in a way that (ideally) makes people generally more socially aware and connected in society.”