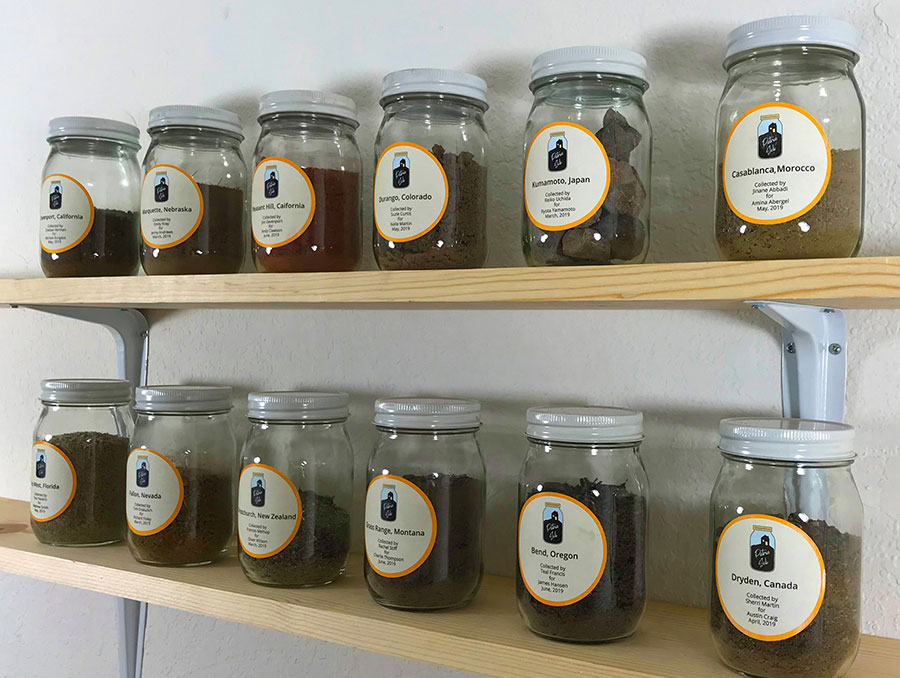 Assistant Art Professor in the College of Liberal Arts, Miya Hannan, has centered her work around death for over a decade. After learning of someone’s wish to die in their home country, Hannan developed the Patria Soli (Homeland soil) project as an extension of her studio work. The project collects and ships soil to anyone who requests it, allowing recipients to experience their homeland at the end of life. Death is personal and the Patria Soli project helps to provide comfort to those faced with end-of-life decisions.

It is the tradition of some countries like China to return dead bodies home to China, as well as it is a wish to return home for many like that of the great composer, Frédéric Chopin. Chopin, who never returned to his homeland, Poland, until his death, carried an urn filled with soil from his beloved home country. Per his wish, when Chopin’s body was laid into the grave at the French cemetery Père Lachaise, a handful of the Polish soil was strewn onto his coffin. Whether it’s to show patriotism like Chopin, or to become part of the land’s history for others, people don’t want to feel forgotten. And the landscape keeps a record of human history.

“People feel some ease when they feel like they belong to something that lasts longer than they do after their death,” Hannan said.

Hannan had an art show based off the soil project scheduled in New York over the summer, but unfortunately was canceled due to the pandemic. Her previous experience as a medical professional is how Hannan became interested in medicine and human anatomy, which influences her artwork. She likes to use materials in her work that echo human bodies and Japanese death rituals. She also was slated to present the soil project at a medical conference this year, but again was disappointed when the event was canceled.

The project is still in its early stages and has only received and delivered five jars of soil; one of those jars collected from Muenster, Germany, was sent to Clearwater, Florida. The project experienced some delays because of the pandemic, like securing a permit from the U.S. Agriculture Department to ship soil.

Currently, the project is secured through the College of Liberal Arts Scholarly and Creative Activities Grants Program and has identified a partner who specializes in end-of-life conversations. The project is trying to expand. It relies on volunteers to collect soil from all over the world. The project can collect and hold soil and facilitate shipping logistics.

“When I thought about what I miss most about my own country, Japan, it was the smell of moss-covered soil after rain,” Hannan said. “Soil is where life starts and ends.”

For more information or to participate in collecting or receiving soil, visit Patria Soli.