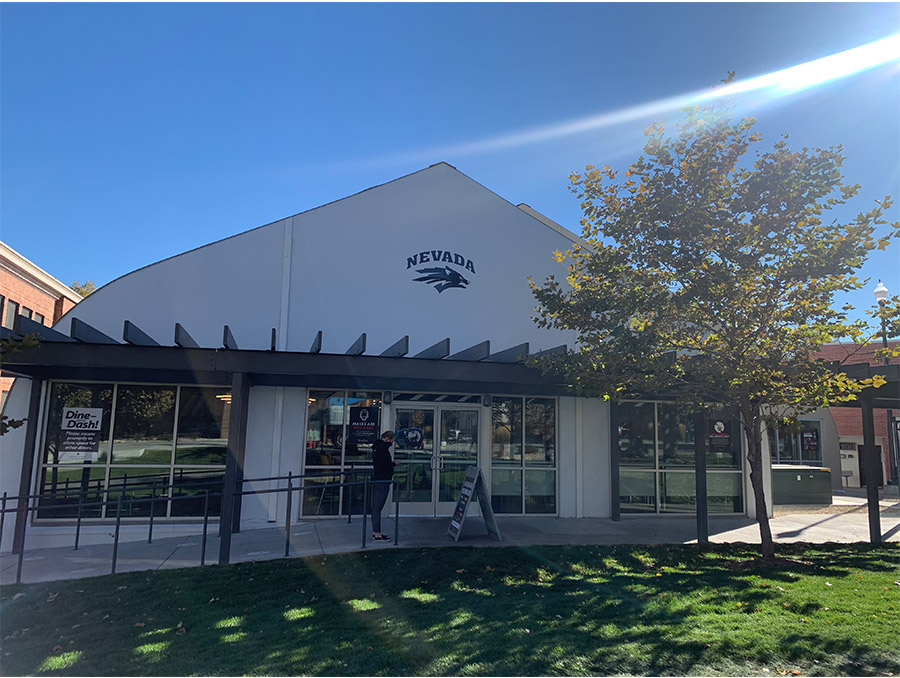 The University has gone to great lengths to protect its students from the physical effects of the COVID-19 Pandemic but could not have been prepared for the effect on mental health that has stemmed from the isolation that has been necessary to ensure that protection. The stark differences in these photos are meant to highlight another deadly aspect of the Pandemic that is not talked about as frequently, which is loneliness. These photos demonstrate how a popular spot for socialization on campus, once used as a lawn for activity and later as a loud and temporary dining hall, has been completely transformed into a place that has to discourage social interaction of any kind. These photos are meant to tell the story of the unintended consequence of protections during the Pandemic and demonstrate that although our campus has been protected from COVID-19, it is suffering the immense effects of isolation on mental health during a Pandemic.

The contrast of the Jot Travis lawn as pictured in 1985 versus the scene in October 2020 is much deeper than it might appear. The Student Union Lawn has disappeared and, in its place, resides the temporary dining hall that was erected following the explosion at Argenta Hall. The temporary structure can be seen as a symbol of adaptation and resilience for the University, but this regrowth has been curtailed in the wake of COVID-19. The social environment of the lawn adapted to structural addition and an explosion on campus but has stopped dead in the face of the Pandemic in 2020.

The 1985 photo of the Student Union Lawn highlights the social aspect of student life that flourishes on University campuses, with friends coupled together for a stroll or a game of catch. In 2020, the same lawn, now occupied by a temporary dining hall, shows strict sign verbiage reminding students to “Dine and Dash” and white paw prints on the ground to enforce social distancing guidelines and University mask mandates. In 35 years, a game of catch on the lawn has transformed into waiting in line alone, where the subject in the 2020 photograph instead relies on her phone for social interaction as opposed to the physical interaction depicted during the 80s. The structural additions in the area are apparent through this comparative photography, indicated by the inability to capture the downtown skyline of Reno in 2020, and the loss of the lawn itself. However, the less obvious but more significant changes in campus life are indicated by the smaller detail within the 2020 photograph, such as the social distancing guidelines and lack of student crowding.

The signage on the dining hall reminds students to “Dine and Dash,” or to vacate the premises as quickly as possible after visiting. The social interaction that thrived and was even encouraged in the 1980s on the Jot Travis lawn has been completely erased from the present landscape. More startling, the social environment within the dining hall that existed just six months ago with crowded tables and loud conversation has not only been erased but is now discouraged with social distance guidelines. The photo taken in 2020 with a single student, masked up and nose deep in her phone indicates the limited opportunity for physical social interaction left on campus as it has become a safety hazard in relation to spreading the virus. Social interaction at the University withstood the effects of an explosion on campus but was not been able to withstand COVID-19. These photos are meant to demonstrate not only the structural differences that arose from the campus crisis, but also to remark that a new crisis has emerged on campus in the shape of social suffering.