Energy conservation may be a major function of sleep, according to new study 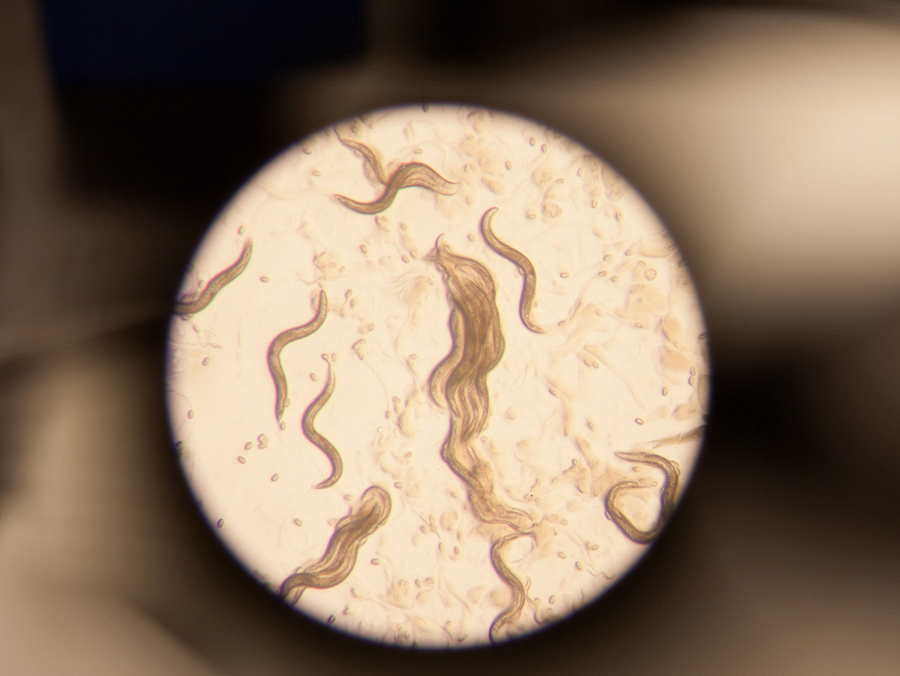 Energy conservation may be a major function of sleep, according to new study

Can staying up late make you fat? A growing body of research has suggested that poor sleep quality is linked to an increased risk of obesity by deregulating appetite, which in turn leads to more calorie consumption.

But a new study published this week in PLOS Biology found that the direction of this reaction might actually be flipped: it’s not the sleep loss that leads to obesity, but rather that excess weight can cause poor sleep, according to researchers from the University of Pennsylvania’s Perelman School of Medicine and the University of Nevada, Reno’s College of Science, who discovered their findings in the microscopic worm Caenorhabditis elegans (C. elegans).

“We think that sleep is a function of the body trying to conserve energy in a setting where energetic levels are going down,” study co-author David Raizen, MD, an associate professor of neurology and member of the Chronobiology and Sleep Institute at Penn, said. “Our findings suggest that if you were to fast for a day, we would predict you might get sleepy because your energetic stores would be depleted.”

In humans, acute sleep disruption can result in increased appetite and insulin resistance, and people who chronically get fewer than six hours of sleep per night are more likely be obese and diabetic. Starvation in humans, rats, fruit flies and worms has been shown to affect sleep, indicating that sleep is regulated, at least in part, by nutrient availability. However, the ways in which sleeping and eating work in tandem has remained unclear.

“We wanted to know, ‘What is sleep actually doing?’,” study co-author Alexander van der Linden, an associate professor of biology at the University of Nevada, Reno, said. “Short sleep and other chronic conditions, like diabetes, are linked, but it’s just an association. It’s not clear if short sleep is causing the propensity for obesity, or that the obesity, perhaps, causes the propensity for short sleep.”

Raizen emphasized that these findings in worms may not translate directly to humans, however, C. elegans offer a surprisingly good model for studying mammalian slumber. Like all other animals that have nervous systems, they need sleep. But unlike humans, who have complex neural circuitry and are difficult to study, a C. elegans has only 302 neurons – one of which scientists know for certain is a sleep regulator.

To study the association between metabolism and sleep, the researchers genetically modified C. elegans to “turn off” a neuron that controls sleep. These worms could still eat, breathe and reproduce, but they lost their ability to sleep. With this neuron turned off, the researchers saw a severe drop in adenosine triphosphate (ATP) levels, which is our body’s energy currency.

“That suggests that sleep is an attempt to conserve energy; it’s not actually causing the loss of energy,” Raizen explained.

In previous research, the van der Linden lab studied a gene in C. elegans called KIN-29. This gene is homologous to the Salt-Inducible Kinase (SIK-3) gene in humans, which was already known to signal sleep pressure. Surprisingly, when the researchers knocked out the kin-29 gene to create sleepless worms, the mutant C. elegans accumulated excess fat – resembling the human obesity condition – even though their ATP levels lowered.

The researchers hypothesized that the release of fat stores is a mechanism for which sleep is promoted, and that the reason kin-29 mutants did not sleep is that they were unable to liberate their fat. To test this hypothesis, the researchers again manipulated the kin-29 mutant worms, this time expressing an enzyme that “freed” their fat. With that manipulation, the worms were again able to sleep.

Raizen said this could explain one reason why people with obesity may experience sleep problems.

“There could be a signaling problem between the fat stores and the brain cells that control sleep,” he said.

While there is still much to unravel about sleep, Raizen said that this paper takes the research community one step closer to understanding one of its core functions – and how to treat common sleep disorders.

“There is a common, over-arching sentiment in the sleep field that sleep is all about the brain, or the nerve cells, and our work suggests that this isn’t necessarily true,” he said. “There is some complex interaction between the brain and the rest of the body that connects to sleep regulation.”

Additional authors on this paper include Jeremy Grubbs and Lindsey Lopes, who completed this research while students at the University of Nevada, Reno and the Perelman School of Medicine, respectively.

This work was supported by the NIH grants to Raizen and van der Linden, an Integrative Neuroscience National Institutes of Health COBRE and NSF grant to van der Linden, and a NSF Division of Graduate Education fellowship to Lopes