Multimedia as a form of journalism 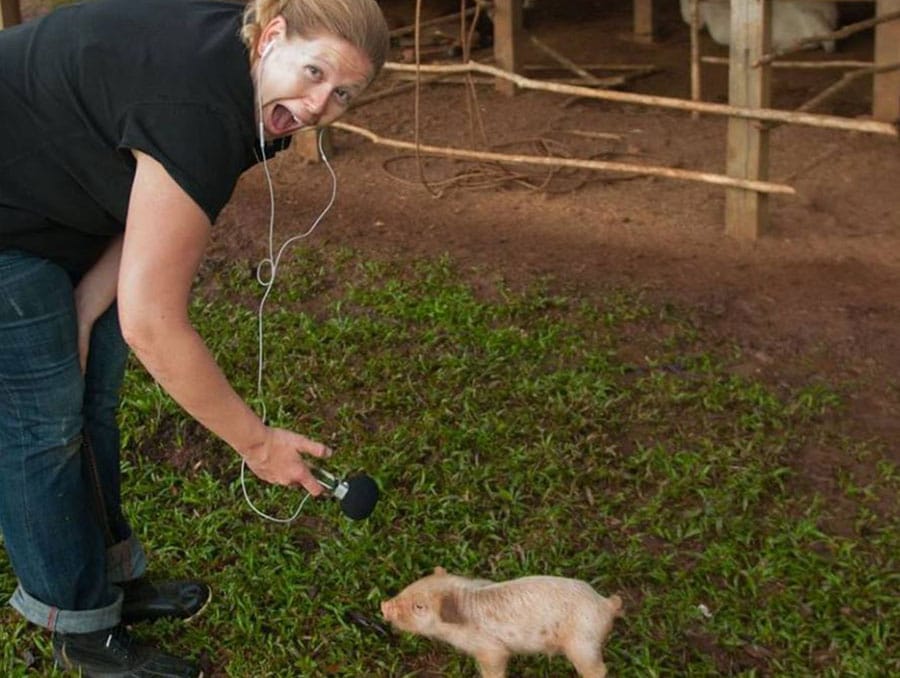 Multimedia as a form of journalism

"Journalism is a challenge to get people to better understand the world," Alex Newman said.

Newman, a Reynolds School of Journalism alumna, faces this challenge daily as the international visual editor of the Wall Street Journal (WSJ) – a job she accepted at the end of 2019. Her position focuses on daily coverage, longer-term features and producing graphics for online and print.

"I've only been there since the beginning of December, so I'm still learning the organization. I'm actually thrilled to be at a place this size," she said.

Some of Newman's work has focused on covering the coronavirus. She and her team have made daily graphics looking at the number of people locked down for the quarantine in China and tracing the route and the infections in the Diamond Princess cruise ship. They have also created many charts showing cases and deaths comparing the rate of new cases to other coronaviruses, like MERS and SARS.

"The coronavirus is the biggest story around the globe at the moment, and I think all journalists are trained to focus and work intently when news breaks. So, we're working hard on covering the story of the virus as best we can with the resources we have – every other news organization is doing the same. A good journalist knows when to find that next gear, and that's what everyone here is doing."

While working for a large organization, such as the WSJ, may seem intimidating, Newman emphasized the opportunities she has to learn and grow while leading a team focused on international news coverage.

"The WSJ does ambitious journalism on all its platforms. I think it's a privilege to get to work as a journalist, period, and to get to do it in a place where we can work together to combine skills and accomplish more ambitious stuff together is even better. I also like being in places where I can learn from others and the variety of skillsets on the graphics team here is simply amazing," Newman said.

Newman entered the reporting field after graduating from the Reynolds School in 2005. During her time at the University of Nevada, Reno (UNR), she served as the Nevada Sagebrush's editor-in-chief in 2004 to 2005 and interned for the Sparks Tribune, the Reno Gazette-Journal and the Arizona Republic.

While her work throughout college focused on reporting, Newman had a passion for visual journalism. Newman began her career as a police reporter for the Reno Gazette-Journal before heading to USA TODAY as a multimedia producer in 2006. She also worked at Home Front Communications, a PR company in Washington, D.C., and the Pew Charitable Trusts, before joining Al Jazeera America in 2013. In addition, she has taught journalism courses at UNR, the University of Maryland, American University and the CUNY Graduate School of Journalism.

"My best assignment ever was while working for Al Jazeera America. I spent 10 days with a team reporting on a proposed canal in Nicaragua. We traversed the entire country, spending time with fisherman, day laborers and indigenous people whose language and off-the-grid community was threatened by the canal."

The team built a tool that used English subtitles instead of translating their interviews to English.

"It's more powerful to hear these individuals speak in their native language," Newman said.

In 2017, Newman joined The World, a daily international radio show, as a senior data journalist. She later was promoted to deputy editor and then executive editor of The World's digital team.

Although Newman is still learning as she goes, she advised students to get involved in the industry they are interested in.

"Building experience, no matter what, gives you another step to get you to where you want to be," she said. "Yes, the Wall Street Journal is a well-known company, but every size has something valuable to teach you. The skills you learn while working for smaller organizations are great to bring to a larger organization. Start small and build off of it.”