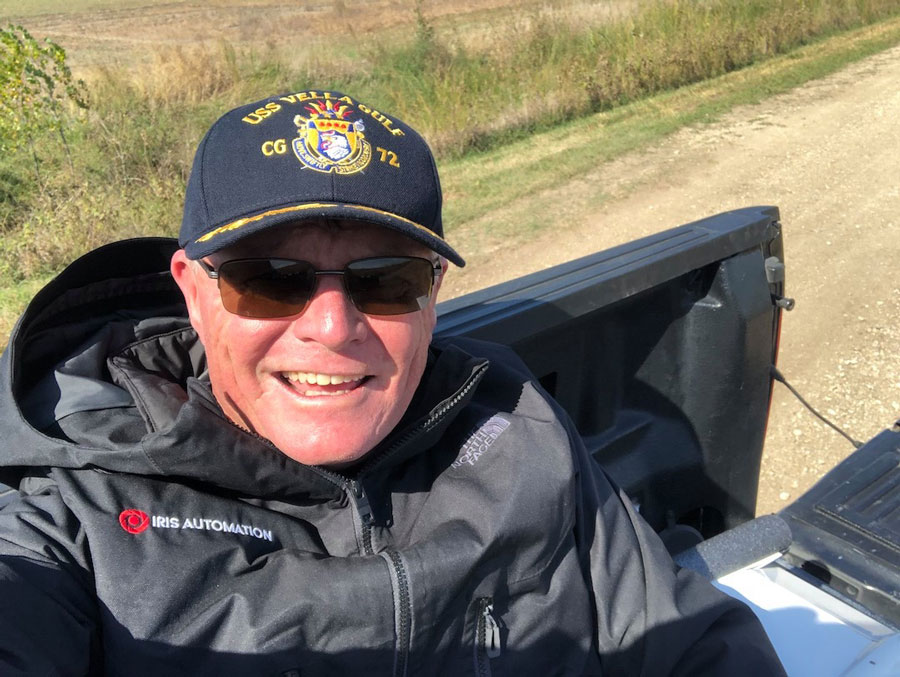 This month's member highlight is Mark Genung with Iris Automation!

Mark is a UAV (unmanned aerial vehicle) and private pilot as well as a retired senior Navy officer. We spoke with Mark, a two-year member of the Innevation Center, on his journey from a military-commanding officer to being a flight-operations lead in a growing technology startup.

Mark Genung joined Iris Automation almost two years ago after working in the civilian unmanned aerial systems (UAS) industry for over five years including managing field operations for Flirtey and serving as the chief engineer and UAV pilot for HAZON solutions, a leader in small UAS for commercial applications. His work in the UAS industry follows a long and distinguished career in the U.S. Navy including serving as Commanding Officer on two warships and a subspecialty in naval nuclear propulsion systems.

According to Mark, Iris Automation selected Reno as its flight-operations home due to Reno’s wide open and accessible air space and the affordability of doing business in Nevada. Iris is based in San Francisco, but the air space in the Bay Area is very complex and very challenging for gathering flight data. Iris needed to acquire as much data as possible in developing its technology platform. The Iris team in Reno has since expanded from flight operations to include part of the company’s R&D and engineering team.

Mark believes that Reno likes making big bets on small players. The Innevation Center has been a treasure to a startup like Iris aiming to develop and validate its products in order to build a commercially viable system for the global market.

How do Mark’s military skills help his role at Iris Automation? His military experience included conducting high-risk missions in a very repeatable manner, being a good steward to high-cost equipment, and taking care of people. All of this is helping him bring rigor to the technology startup – i.e., being nimble to take advantage of opportunities such as the Federal Aviation Administration’s (FAA) UAS Integration Pilot Program (IPP), able to deploy his team quickly to Kansas to fly drones with the Kansas IPP, being mindful of the budget, and taking care of his team.

Where is the UAS industry going? Marks explained the challenge is having drones flying safely beyond visual line of sight. Overcoming that challenge will set the stage for many commercial applications such as precision agriculture, supporting search and rescue, inspection of infrastructure such as pipelines and power lines, and mapping of construction and other large work sites.

How will UAS impact the future of aviation? Mark thinks that the skies will be a lot more crowded, initially for air space below 400 ft and eventually for air spaces at higher elevations. The FAA prides itself as managing the safest and most complex air space in the world. There’s a tremendous need for industry to work with the FAA to enable safety in the UAS industry and not put undue risks on our air space. UAS certainly fulfills another FAA mandate – to promote the use of national air space for economic activities.

Iris Automation recently completed the first beyond-visual-line-sight drone operation using only onboard detect-and-avoid systems, an important milestone for the drone and aviation industry. The company was also named to CNBC’s Upstart 100 list. See more details on the Nevada Today article.