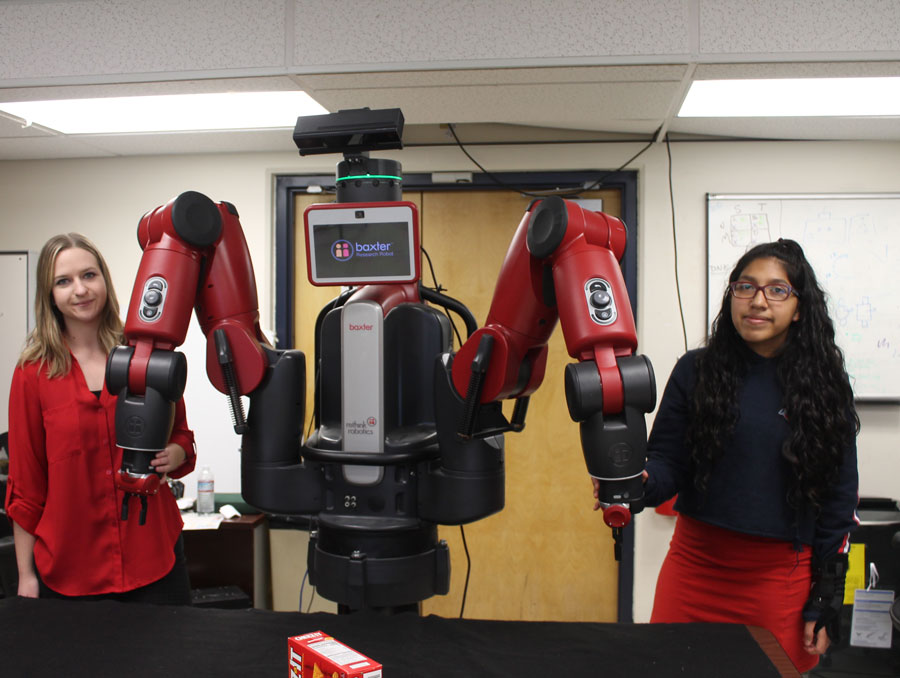 This previous summer, students passionate about human-robot interactions applied to participate in a Research Experiences for Undergraduates, or REU site focusing on addressing real world challenges of operating autonomous systems in home and infrastructure environments, for example.

“The REU was my first experience doing robotics research and being introduced to the process of academic writing,” said Eloisa Burton, a junior in the computer science and engineering program. “I came to realize how challenging research is and how rewarding it can be to finally see results. Dave [Feil-Seifer] likes to gear the REU to prepare students for getting them to think about grad school, but I would say it serves as a great experience for any undergraduate.”

Burton, who attended the University because of the quality of its engineering program and the different robotics labs on campus, works on human-robot interaction, specifically programming robots to understand and accomplish tasks easily done by humans encourage collaboration.

“For example, in order to make a sandwich we know that you place bread, then meat and cheese and then the second slice of bread,” Burton said. “How robots understand a task like this is through constraint placement of bread as an ordering constraint because order matters.”

Working with her grad mentor to add an inter-dependent constraint, or a task where robots do one thing while doing something else, Burton was heavily involved in teaching them to “make tea”. Using toy food, robots learned to place a teacup, grab the kettle and “pour” the tea. With the addition of the inter-dependent constraint, Burton says they now understand the concept of holding the cup while pouring the tea.

“Eloisa has been working in my lab since last summer. I really love it when students get involved in research labs early in their undergraduate career,” said David Feil-Seifer, associate professor and graduate program director of computer science and engineering. “She has learned a lot and has been a great addition to the lab.”

“For any students that are interested in pursuing computer science and engineering, understand that it’s a lot of work and it isn’t easy. Computer science is also a very broad field, so I would start thinking about what specifically piques your interest sooner rather than later,” said Burton. “It’s also never too early to apply for internships.”

Burton credits an internship that she got the summer after her first year of college and notes how they are the best way to get experience and figure out what to do in life before graduation.

When she’s not in the engineering lab finishing research for a publication, Burton can be found playing guitar or video games, and on the rugby field.

“In my free time, I play for a women’s rugby club on campus so we get to travel and play against other schools. It serves as a great stress reliever,” she said.

The importance of mentorship for graduate students

Burton’s mentor, Ph.D. candidate Janelle Blankenburg, has been at the University since her undergraduate career. Currently a graduate research assistant, Blankenburg hopes to continue pursuing the balance between teaching and research in the future. Passionate about HRI and finding the best way to incorporate collaboration between humans and robots, Blankenburg believes that as the field of computer science and engineering changes, so will her research’s importance.

“Machine learning will work with fields like big data and advanced manufacturing and become widely used and more intertwined,” she said. “It really encompasses a lot of subjects.”

Blankenburg’s advice is to find out what you’re interested in during your time as an undergraduate, talk to your professors and participate in research, which, Blankenburg believes, “can supplement what you learn in the classroom and be applied to problems in the real world.”

“Janelle started working with me since she was an undergrad, and she’s now about to get her Ph.D in computer science,” said Feil-Seifer. “I’m so impressed both with how much she has learned and how much energy she has for mentoring other people who are just starting out.” 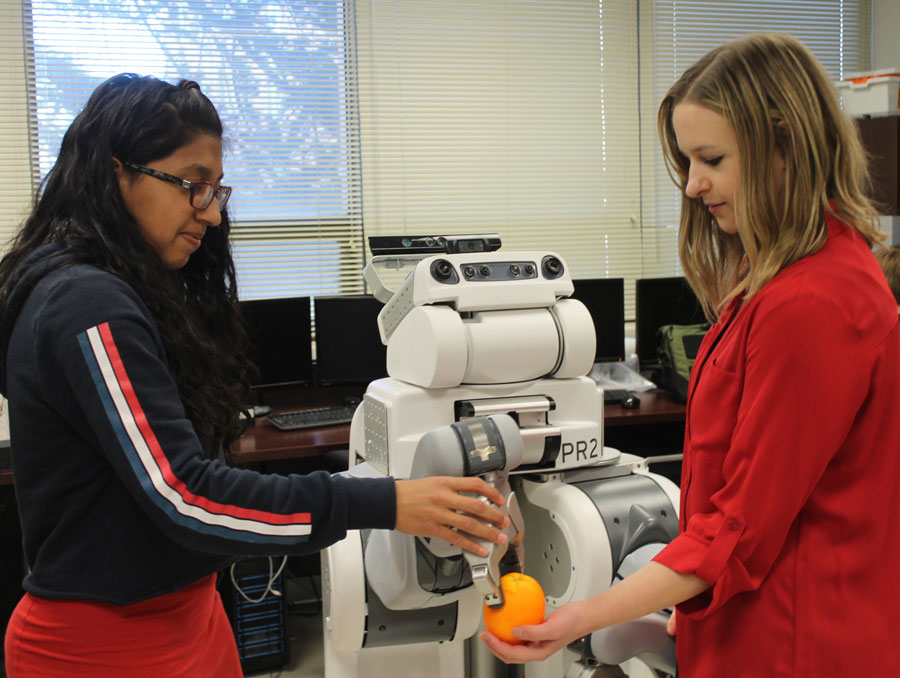 Under Feil-Seifer’s guidance, Blankenburg herself is finding her role as a mentor satisfying. She primarily helps guide Burton on the goals of the project and checks in regularly to help work through challenges.