For a lifetime of giving back, our sincere gratitude

Dr. Rex Baggett recently established the Dean’s Benevolence Fund to help medical students, but his legacy of giving goes back more than 50 years 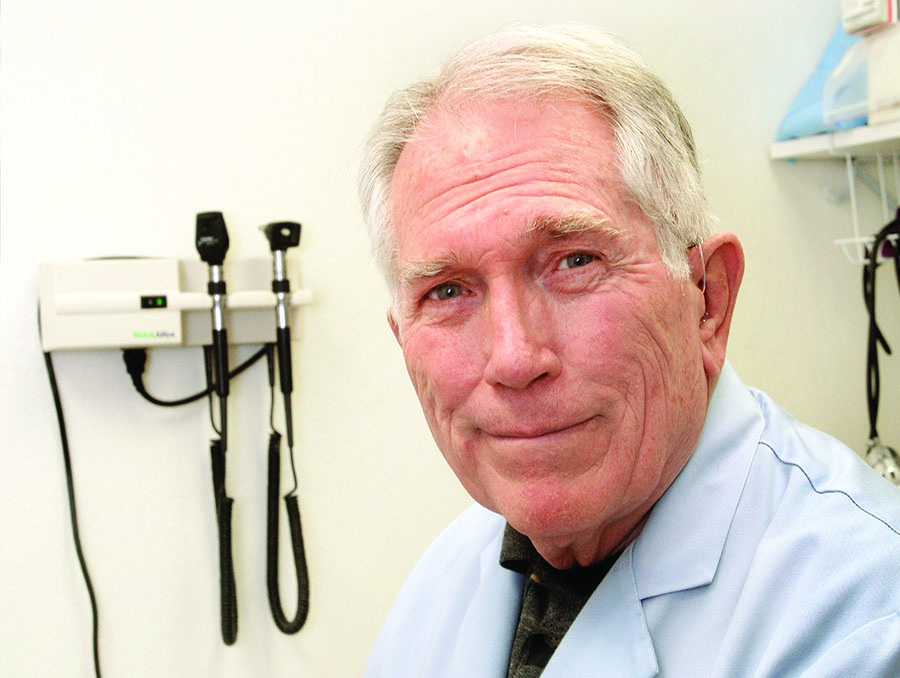 For a lifetime of giving back, our sincere gratitude

Dr. Rex Baggett recently established the Dean’s Benevolence Fund to help medical students, but his legacy of giving goes back more than 50 years

Dr. Baggett recently established the Dean’s Benevolence Fund to help medical students cope with unexpected or extreme financial burdens – any necessary expense a student may face which could limit their opportunity to continue with school.

Like Dr. Baggett, the University of Nevada, Reno believes strongly in removing barriers to student success. Nearly a quarter of University students report being food insecure, and 60% of those students are facing additional hardships due to the pandemic. We invite you to consider a gift to Pack Provisions, the University’s pantry for perishable and non-perishable food items, school supplies and hygiene items.

To support the School of Medicine, including the Dean’s Benevolence Fund established by Dr. Baggett, contact Shari Netzel, director of development, at snetzel@unr.edu.

Rex Baggett, M.D., has been a giver his entire life. Inspired by a cousin who completed medical school during World War II, Dr. Baggett knew from an early age that he would spend his life dedicated to medicine. He followed his calling to the University of Oklahoma College of Medicine, where he completed his medical degree in 1962. Following a residency in internal medicine and fellowship in gastroenterology, Dr. Baggett gave to his country, serving two years in the United States Air Force and earning a medal of commendation as a Wing Flight Surgeon.

Dr. Baggett arrived in northern Nevada in 1969, and established an internal medicine practice in Carson City. The same year, Nevada Governor Paul Laxalt signed Assembly Bill 130, officially creating the University of Nevada School of Medicine (UNR Med). Dr. Baggett quickly discovered that he had a love for teaching, and his academic contributions were welcomed by the new medical school and its inaugural dean, George T. Smith, M.D.

After nearly fifty years as a UNR Med clinical professor and Student Outreach Clinic volunteer, Dr. Baggett has influenced the education and careers of hundreds of future physicians, many who practice in our communities today. Students describe him as respectful, understanding, devoted, professional, effective, knowledgeable and caring – a role model – so it’s no surprise that our students have honored him twice with the Thomas J. Scully Praeceptor Carissimus award. Translated from Latin, Praeceptor Carissimus means “beloved teacher.”

When he sees a need in his community, Dr. Baggett never hesitates to fill it. In addition to serving patients at his own practice from 1969 to 2004, Dr. Baggett cared for patients at no cost at the Ross Medical Clinic, where he served as medical director until 2017. His volunteer work is extensive and includes serving delegate to the Nevada State Medical Association, as vice president and president of the Nevada State Board of Medical Examiners, as a board member for the Nevada Health Professional Assistance Foundation, as president of the Nevada Lung Association, and as a ten-year board trustee for the Carson-Tahoe Health System.

Dr. Baggett was honored with the Healthcare Hero Lifetime Achievement Award in 2019. Although technically retired, he continues to serve patients and students in any way he can.